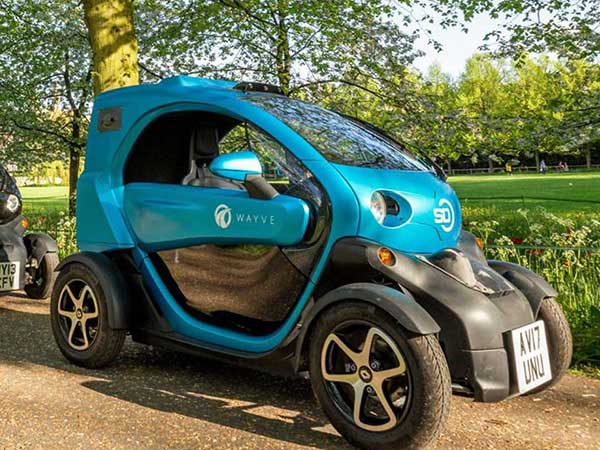 Wayve, a UK – based autonomous driving technology startup, recently completed a test run on a road that was not pre – mapped with a car equipped with its technologies, TechCrunch reported.

The company claims that this is the first time that an autonomous vehicle (AV) has ever driven without pre-mapping on public roads. Technologies from Wayve use machine learning to enable the car to learn how to navigate the roads. “Our cars learn to drive with machine learning from data. The car learns to drive better every time a safety driver intervenes and takes over,” CTO and co-founder Alex Kendall told TechCrunch.

Here’s what it means: Wayve could save money, time and labor from AV companies by eliminating , which will become – intensive as they scale their AV programs.be worth $556 billion in 2030, according to Allied Market Research estimates.

The bigger picture:Wayve’s promising technology gives it an opportunity to become a leader in the AV tech space, but it must begin to consider how to commercialize its solutions. Wayve can follow two approaches to achieve this: It can partner directly with an AV company, or it can sell or license its technology stack more widely. In both cases, starting a dialogue with leading AV firms would be a good place to start. Pre-mapping is a considerable barrier to widespread AV implementation, so it’s likely that Wayve isn’t alone in developing a technology of this kind. Wayve should thus soon start laying the groundwork for commercialization if it hopes to not risk losing out on a sizable revenue opportunity: The global autonomous vehicle market will be worth $556 billion in 2030, according to Allied Market Research estimates.