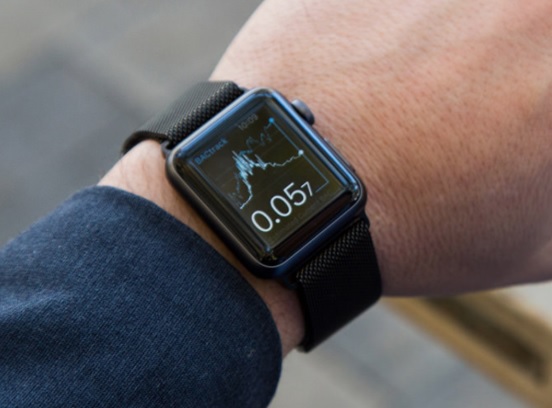 It is a challenge to keep track of alcohol intake as the blood levels of alcohol rise. With a goal to reduce alcohol-related road accidents and deaths, researchers have developed discreet devices that use transdermal sensors to track alcohol levels to help people make more informed decisions about when to stop drinking.

These devices are against the skin and measure the amount of alcohol in sweat. Transdermal sensors are available today, but their large and bulky design has limited their use to specific applications in the research and criminal justice systems.

Skyn measures blood alcohol (BAC) through skin sweat. It connects to a smartphone through Bluetooth technology, allowing users to track their alcohol intake, even alerting the user’s phone when drinking too much.

Thirty adults who used both instruments have received either a dose of alcohol to raise them to the legal limit of driving (target blood alcohol level 0.08 percent), or a non-alcoholic drink. Participants also provided regular breathalyzer readings until they left the lab.

Both the Skyn and SCRAM devices were able to detect alcohol within 30 minutes. However, as time progressed, the wrist-worn device reacted faster than the ankle device, although transdermal alcohol concentrations lagged behind the levels of alcohol in the breath as expected, the time lag was significantly shorter for wrist-worn devices than for SCRAM.

By providing preliminary evidence of the validity of the new generation of wrist-wearing sensors, the study is a first step in monitoring alcohol intake in daily drinkers. Although lag time versus breath alcohol concentrations was modest (averaging around 24 minutes), advanced machine learning algorithms may reduce this further in the future.

However, researchers say that several field trials are required to evaluate the relationship between transdermal levels and blood alcohol concentrations in large and various groups of people. The tests should look at drink variable doses of alcohol in real-life conditions before the devices are ready for real-world application.