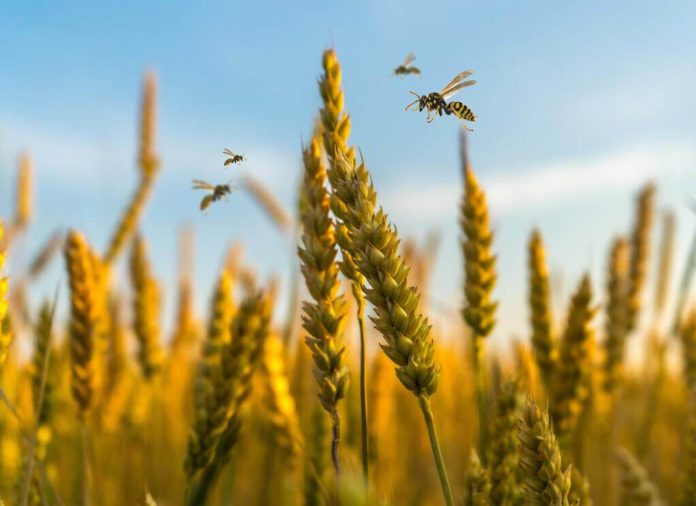 Robot farming is not a new idea. Many engineers have developed driverless tractors in the past, but they weren’t successful because they couldn’t embrace the real-world complexity. Most of them assumed an industrial farming style in which everything was previously known, and machines could function fully, like a production line. The approach now consists of developing cleverer machines that are smart enough in a natural or unmodified environment.

These machines need not be intelligent as we see people as bright but must exhibit sensitive behavior in recognized contexts. Therefore, they should have sufficient intelligence within them to act sensibly and unattended in a semi-natural environment while performing a useful task for a long time.

In this post, we will look at six ways robots are used for crop care in agriculture.

Proper management is the ability to collect information promptly and accurately. Quantified data were expensive, and sampling costs can quickly weigh the advantages of spatially variable management. Data collection would be less costly and time-consuming if the crop could remain an automated system with a variety of sensors to assess crop health and condition. A high clearing platform is needed to carry instruments over the crop canopy and use GPS. Smaller machines were developed in student competitions. The portal robot was extensively modified and reconstructed for automated crop surveys. A variety of sensors were installed to measure nutrient status and stress, visible images (panchromatic), weed species, and density of weeds.

Weed mapping is a process for positioning and preferably weed density (biomass) using machine vision aspects. One method is to record the increased leaf area in weedy areas due to patchy weeds and crops in rows. Using active form recognition, developed initially to recognize human faces, is another more accurate way to classify weed species as contours. Current research has shown up to 19 species recognizable. Color segmentation also helped to recognize weeds. The final result is a weed map to be interpreted in a treatment map.

In knowing the weeds’ position and severity, there are many methods that can kill, remove, or delay these unwanted plants. Various physical methods that rely on physical weed interaction can be used. A traditional example is soil and root interface break-up by laying and wilting weed plants. Using classic spring or duck foot tines in the interrow area can quickly achieve this.

Intra-row weeding is harder, as the crop plant’s position is known to steer the final effector away. Tillage can not be used in near-growing areas as no soil disturbance can damage the soil-soil interface. Non-contact methods, such as laser and micro-spraying, are being developed. Controlled biodiversity is a robotic, weeding opportunity. Non-competitive weeds may grow far from the crop. It’s part of KVL’s autonomous Christmas tree design parameters.

In the area near the crop, be careful not to damage the crop or disturb the soil. One way to kill weeds near crop plants is by using a micro spray that directly supplies minimal quantities of weed leaf. A particular weed plant’s position can be identified with a machine view, and a set of dustbins attached nearby can sprinkle a herbicide onto the weed. Tests showed that sprinkling could be reduced when using the gel as a carrier instead of water. Other studies have shown that if the right amount of herbicide is placed at the right time, herbicide use can be drastically reduced to about 1 gram per hectare for a 100-weed infestation per square meter.

Traditional or macro spraying, especially in large areas, can be extremely efficient. Most manufacturers develop larger machines with 42-meter booms. They have inherent stability problems when fitting these large booms, as the tractor has relatively small wheelbase and oscillates. One way to improve stability is to mount a spray boom between two unmanned robots on adjacent lines.

This robotic portal can apply liquid spray and fertilizer and can be adjusted to the weather. If it gets too windy, the portal can only stop and wait to improve. The original design specifications could be integrated by controlling individual nozzles, variable rates, patch spraying, minimizing skips, and overlap. Turning headland would be different, as rotation would not be included–only translation, as robots can become, the boom remains parallel to the driving direction. Sensing systems can be mounted on a chariot that can move along the spray boom as in crop scouting.

A mechatronic sprinkler (to simulate a traveling rain gun) was developed to apply variable water and chemical rates to predefined areas. The jet’s path and sector angles were controlled by step engines, and a small computer could adjust to the current weather and desired design. If the wind blows down the airborne water, the instantaneous wind velocity and direction can be improved. This system could not only apply the required water in the right place, and it could be irrigated into field corners.