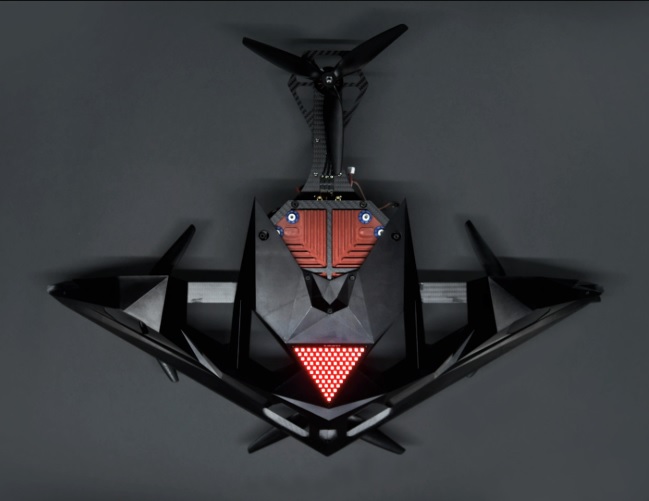 Customized to defeat a human in a physical sport by closing the gap between artificial intelligence (AI) and human performance, the DRL RacerAI is the brainchild of a team of world-class drone technicians at DRL, founded by Nicholas Horbaczewski in 2015 in NYC. DRL is a technology, sports, and media company that combines media and proprietary technology to create exciting 3D drone racing content with mass appeal.

The DRL RacerAI has an original drone configuration to provide its computer vision with a non-obstructive frontal view during racing. Each self-flying drone, capable of generating 20 pounds of thrust, is equipped with a powerful AI-at-the-edge compute platform, the NVIDIA Jetson AGX Xavier. It is connected to four onboard stereoscopic cameras, enabling the Artificial Intelligence to detect obstacles with twice the field of view, compared to human pilots.

The drone’s launch was ahead of DRL’s inaugural Artificial Intelligence Robotic Racing (AIRR) Circuit, which kicks off its four-event, autonomous drone racing series in Orlando, Washington D.C., Baltimore, and Austin.

The AI will pilot the drones through gates on a course, all without any GPS, human intervention, or data relay. The fastest team will then go head-to-head against the fastest 2019 DRL Allianz World Champion pilot.

“Artificial Intelligence has defeated man in almost every digital game we know today, but it has not come close to defeating a human in real-life sports, yet! The DRL RacerAI is, in fact, a major milestone for The Drone Racing League and the future of sports,” said DRL CEO and founder Nicholas Horbaczewski.

“At AIRR events, we will watch the DRL RacerAI going faster and smarter, catching up to human competitors, and someday, outpacing the best pilot in the world. It is marking an initial step towards the future with the autonomous systems that can operate in all complex flying environments, starting from search and rescue missions to package delivery.”

“The RacerAI drone, powered by the NVIDIA Jetson AGX Xavier, is a crucial component of our Lockheed Martin AlphaPilot Innovation Challenge. It is all about going fast, taking risks, and pushing the boundaries of AI and autonomous flight. Our teams’ AI code, coupled with RacerAI drone, will help us do just that,” Lockheed Martin Chief Technology Officer Keoki Jackson said, adding that Lockheed Martin provides AlphaPilot teams with hundreds of RacerAIs throughout the competition. It also helps to remove financial barriers and other risks that have hindered innovation previously in this emerging area.