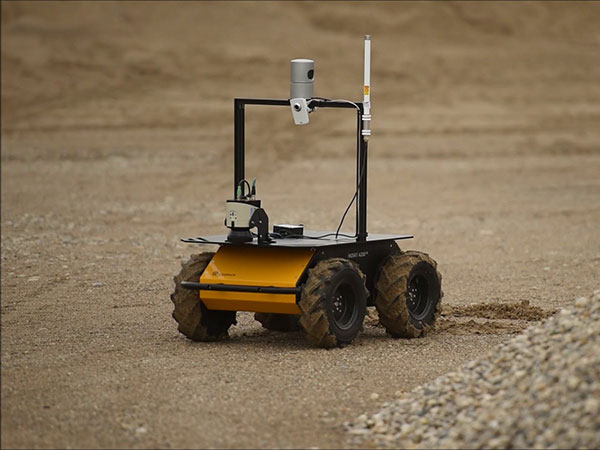 BIS Research’s new market intelligence report predicts that the global mobile robot will reach $9.90 billion by 2023, witnessing a CAGR of 19.67 percent during the forecast period 2018-2023.

The market is likely to show a high growth rate due to the increased need for organizational efficiency and accuracy, rising labor costs and skilled labour, and progress in both software, including cognitive technologies, and hardware, particularly sensors, actuators, and batteries.

The advances in robotics, artificial intelligence, and machine learning lead to a new age of automation in which robots are likely to perform a range of routine physical work activities. These robots are also increasingly capable of performing activities that include cognitive abilities, sensing emotion, making tactical judgments, and even driving activities that were previously considered fairly difficult to automate successfully.

In addition, rapid technological advances, such as enhanced localization, mapping and prediction capability, and tracking features, have resulted in a new generation of smarter and more efficient mobile robots. These robots offer extra value in terms of productivity and flexibility, resulting in large-scale adoption across sectors like healthcare, food and beverage, banking and retail.

Moreover, as the technology becomes affordable due to lower robots costs, mobile robots will be able to serve multiple industries, resulting in increasing technology adoption in both developing and developed countries. Moreover, the acceleration of venture capital investment for robotic technologies and the introduction of Industry 4.0 across multiple sectors are some of the key factors expected to create lucrative opportunities for the global mobile robot market in the next five years.

According to Rahul Papney, BIS Research analyst, North America dominates the global mobile robot market. However, this market’s geographical analysis reveals great growth potential in the Asia-Pacific region. According to the analysis, the presence of major economies, particularly the U.S. and China, contributes greatly to market growth.

The market report provides a detailed analysis of recent market-influencing trends and a comprehensive study of future trends and technological developments. It also includes a competitive analysis of industry leaders including corporate overview, financial summary, and SWOT analysis. The overall market has been segmented into type, industry, and region.

Rapid technological advances in mobile robots such as enhanced localization, mapping and prediction capabilities, and tracking features have created a new generation of smarter and more efficient mobile robots, resulting in greater adoption across sectors such as healthcare, food and beverage, banking and retail.