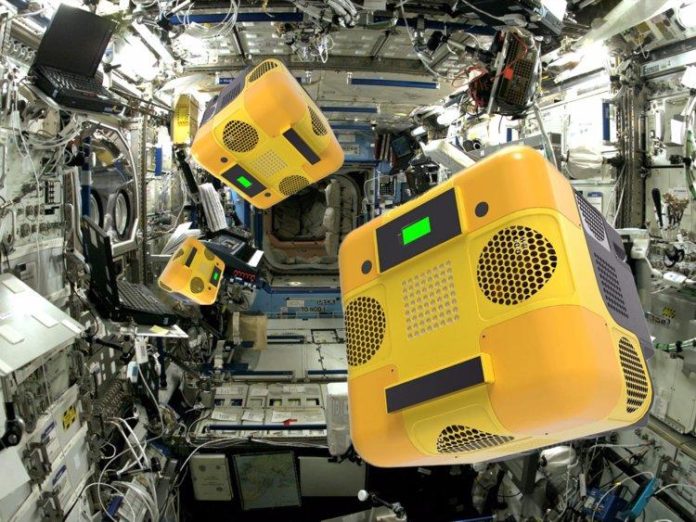 Humans can do certain things in space. Remaining is left to robots. To free up valuable time for astronauts on board the International Space Station, NASA is sending three floating, self-charging robots, dubbed “Astrobees”, to the orbiting outpost.

Inspired by a flying robot target seen in the film Star Wars: A New Hope, these robot assistants will fly alongside the astronauts and help scientists develop and ‘test technologies for use in zero-gravity’ and ‘help the astronauts do their routine chores’.

The 1sq.ft, compact, cube-shaped flying robots has an array of cameras and sensors for navigation, crew monitoring, sampling activities and an interactive touchscreen interface. It also features a speaker and a microphone, along with a mechanical arm that enables it to handle cargo or running experiments. The assistants will help run experiments, track inventory and test newly developed technologies.

Also, the Astrobees’ cameras will give on-ground controllers the ability to fly around the space station and inspect the surroundings. In the microgravity of the orbiting space station, the Astrobees can zip around freely, each propelled by built-in fans that let them move and spin in any direction.

NASA wish to use Astrobees in order to learn more about how humans interact with robots over extended time periods and in close proximity. The robots were built and developed at NASA’s Ames Research Center in California, where engineers created a mock-up of the interior of the International Space Station where they tested the Astrobees’ capabilities.