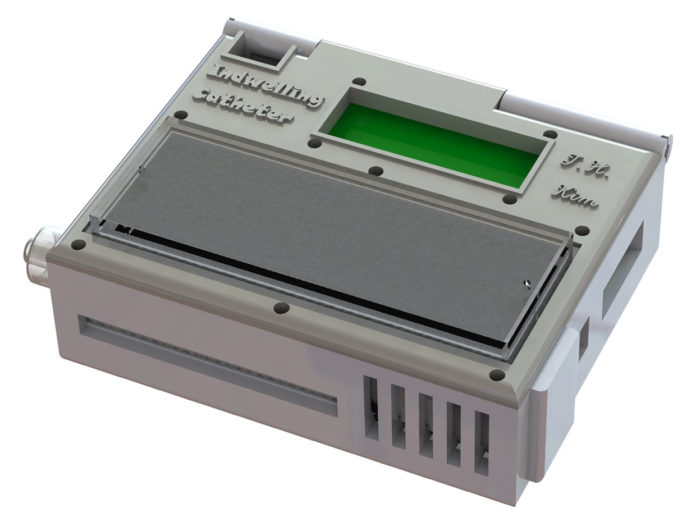 A team of U.S. engineers has developed a prototype wearable device that can collect live cancer cells directly from a patient’s blood in advance to help patients avoid biopsy and more effectively treat cancer.

Most cancer cells in the bloodstream can not survive, but those that do are more likely to start a new tumor. Typically, these satellite tumors, called metastases, are more deadly than the original tumor. They can release more than 1,000 bloodstream cancer cells in one minute. This means that blood-captured cancer cells could provide better information for treatment planning than conventional biopsy, the researchers explained.

“Nobody wants a biopsy. If we could get enough blood cancer cells, we could use them to learn about tumor biology and direct patient care. That’s why we’re doing this”, said Michigan University professor Daniel F. Hayes.

The wearable device contains a cell-grabbing chip that, according to the paper published in the journal Nature Communications, trapped 3.5 times as many cancer cells per milliliter of blood as it did running blood-grabbing samples. The chip uses nanomaterial graphene oxide to create dense forests of antibody-tipped molecular chains, enabling it to trap more than 80% of the blood-flowing cancer cells. It can also be used to grow cancer cells captured, producing larger samples for further analysis.

“The most challenging parts were to integrate all the components into a single device, ensuring that the blood would not clot, that the cells would not block the chip, and that the entire device is completely sterile,” says Tae Hyun Kim, Ph.D., who earned his doctorate in electrical engineering in the Nagrath Lab and is now a postdoctoral scholar at the California Institute of Technology.

They developed protocols to mix blood with heparin, a drug that prevents coagulation and sterilization methods that kill bacteria on the chip without harming cell-targeting immune markers or antibodies. Kim also packaged some of the smallest medical-grade pumps with electronics and cancer-cell-capturing chip in a 3D-printed box.

The team estimates the device could begin human trials in 3-5 years. It would help optimize treatments for human cancer by allowing doctors to see if the cancer cells are making the molecules that serve as targets for many new cancer drugs.