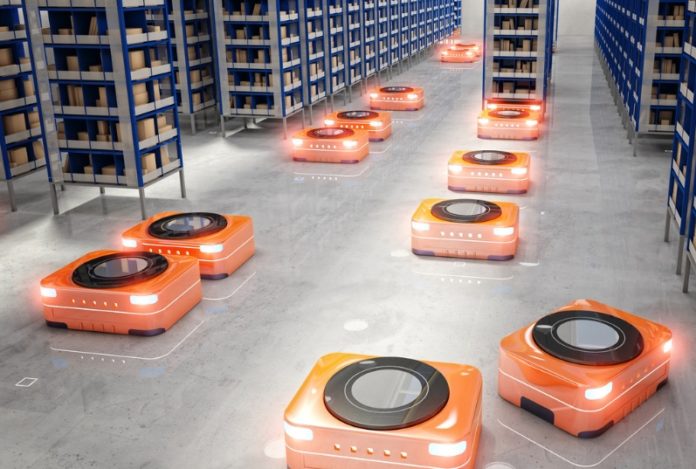 Automation in logistics traditionally focuses on highly standardized processes, such as goods-to-picker models, working with standard pallet sizes and marked routes. Progress in vision and technology now extends the use of robots to non-standard environments. These include the collection of individual items and the loading of trucks with different parcels, shape, and strength. Robots increasingly take on heavy lifting tasks in logistics that free people to concentrate on operations management. Last-mile shipments from the last logistics center to the end customer are automated by the provision of self-contained terrestrial delivery robots in several countries. Legal obstacles with the delivery of drones can be overcome at sea earlier than on land.

Logistics is still an enormous, capitalistic, and highly competitive market, with noticeable exceptions like Amazon being overwhelmed by a low level of automation. Though robots were used in warehouses over a while now to load goods on and off trucks, their use was mostly limited. Goods-to-picker models allow robots to save up to 50 percent of their warehouse pickup work, by bringing shelves to workers who assemble orders, instead of working miles every day to pick them up. But goods-to-picker systems are highly capital-intensive at present. They also need a substantial workforce to select the items from the shelves and put together the order, an orderly task that can lead to repetitive strain injury.

Combined advances in vision and artificial intelligence technologies allow robots to work increasingly in non-standard environments to automate tedious and physically demanding processes that had previously been carried out by people. For instance, bin-picking requires a robot to identify and select a single part from a bin of similar or different components. The target part may be covered in whole or in part by others. After the piece has been discovered, the robot processes data to determine how it can be accessed, calculating the correct orientation of the effector (hand or other gripping mechanisms).

Sensors in the gripper feed the data into the robot software, which sends code back to the robot so that the object can be lifted without damaging it by pressing too much or by slipping. Due to the complexity of these functions, it is not surprising that Amazon has won the competition for three years in a row on the subject of Amazon’s annual Robotics Challenge. Many IFR members provide bin-picking solutions, often with providers and system integrators of specialist viewing technology. The robots load and unload goods on trucks that are not stored on pallets using the same technique. It usually takes several hours to unload these trucks manually.

DHL’s logistics provider plans for a future whereby sorting and distribution centers will operate 24 hours a day, enabling faster services and better efficiency of capital. Robots will load trucks and carry goods sequenced for other robots ‘activities in loading areas. Parcels are then loaded by robotic weapons into the vehicles to be brought to the next Network Sorting Center. Drones or mobile parcel robots can then deliver to their recipient or send their auto-driver to the sorting center for delivery. These and other tasks are supervised by employees in a robot control center, who manage workflows, make critical operational decisions, and deal with exceptions such as repackaging, rebelling and customs checks.

Maersk, the shipping and transport company predicts that the future will not see massive container ships dock. Drones will instead transport containers to the shore. The containers are manufactured from a super-strong, lightweight plastic, which was printed 3D on the port, to fit the cargo dimension. The drones load the vessel with a new cargo that an army of on-board robots will send to place before the unmanned ship continues. These are future visions that the IFR believes will be realized for many years. Although vision, machine training, and gripper technologies are quickly progressing to sort non-standard shapes and object placing, many logistics and manufacturing tasks require a skill that only people can offer.

A host of robotic start-ups are also dealing with the supply chain stage between the last node in the logistics company’s supply chain and customers. Some tests and marketing ‘autonomous land supply robots’ –small mobile robots that can be used to carry out packages with a speed of up to 10 miles per hour within a narrow radius of a few miles from its point of departure. These robots have been developed to deliver the so-called ‘last miles’ in towns that are affordable for trucks and transportation. The robots move autonomously, but when they are stuck, there is a human controller. The recipient may open the goods by telephone. In Idaho and Virginia, the use of these robots was already approved, with legislation pending in other US states.