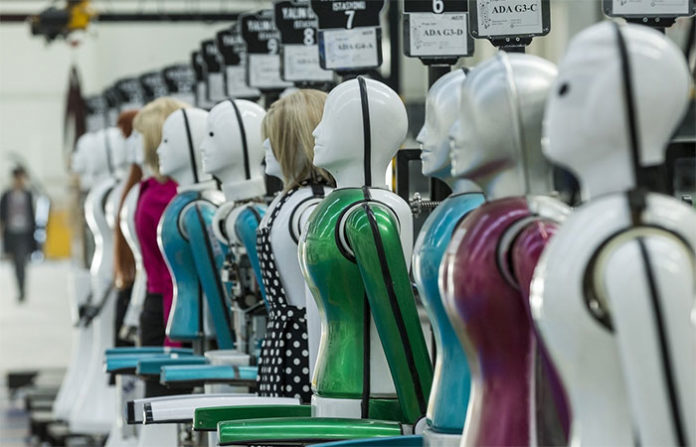 In the next ten years, approximately 160 million women (one-quarter of all women employed globally) need to change jobs as automation takes on many tasks, according to McKinsey Global Institute report entitled “The future of women at work: transitions in the automation age.” In India, almost 11 million women (up to 8%) may have to transition from one job to another in 2030 because of automation.

While women are lower in automation-driven manufacturing professions, their jobs could only be slightly less at risk than men. Around 107 million women (20 percent) could end up in a mid-point automation scenario compared to 21% or 163 million employees. In India, nearly 10% of women could face potential threats to their jobs compared to the global average due to lower wage costs and slower automation impacts.

The research includes six mature economies (Canada, France, Germany, Japan, UK, and the US) and four emerging economies (China, India, Mexico, South Africa). Together, these ten economies account for about half the world’s population and about 60% of global GDP. Over half the potential losses of women’s jobs as a result of automation could be experienced in clerical positions and service jobs such as administrative staff, people working in shops, etc.

Anu Madgavkar from the McKinsey Global Institute said the transition (to adapt to automation) would be a challenge for women already exposed to traditional work barriers. Women start with lower job representation, and work in some occupations is strongly gendered in many economies, or women are more concentrated than others. Women also have fewer technological skills than men, skills demanded, she said. Furthermore, if women do not raise their skills, the gender wage gap may increase as more women work in low-paid jobs than men.

However, the report also states that increasing job demand could mean 20 percent more jobs for women compared to 19 percent for men, provided their share in sectors and professions is maintained. Potential job losses and gains could be different for men and women. Service-oriented and clerical aid jobs could represent 52% of women’s job losses, but machinery and crafts could account for 40% of men’s injuries.

Women are well represented in fast-growing healthcare, with 25% of women’s potential jobs, while manufacturing can represent 25% of men’s jobs. The report states that some activities are more automatic than others, hence occupations. Physical routine tasks and routine cognitive work, for example, are highly automated, but less so require more complex cognitive, social, and emotional skills.

Men are highly represented in routine physical roles, such as machine and craft workers, and in these categories, nearly 40 percent of men’s jobs might be lost to automation. Conversely, women have high automation potential in many jobs due to their high share of routine cognitive work, such as clerical support roles and roles of service workers.

In India, where so many women work in subsistence farming, 28% of women’s jobs in this occupational category may be lost compared to 16% of men’s job losses. In India, the transition from agricultural labor (where women have a larger share) to non-farm jobs is crucial to avoid more women leaving. Otherwise, women’s workforce participation could be reduced.