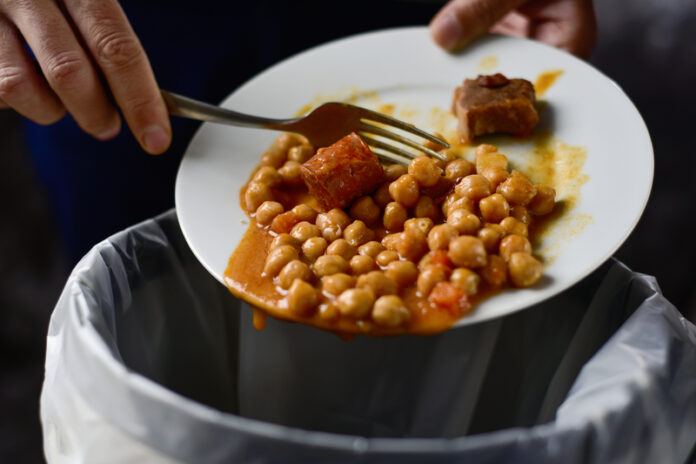 The Food And Agriculture Association of the United Nations (FAO) defines food waste as food and beverage that is “fit for consumption” yet discarded, mainly at retail and consumer stages. According to FAO, about 30-40% of the food produced worldwide is wasted. It is roughly 1.3 billion tonnes, and this puts a severe strain on the environment. It represents a $165B loss to the economy in the US alone. About 40% of all food wastage occurs at the retail level and downstream.

Besides the environmental impact, food waste results in significant economic losses. Studies show that an average American family of four throws out an average $1,484 worth of edible food every year. The estimated total value of food loss at the retail and consumer levels in the US was $162 billion in 2010, and food waste costs roughly $1.3 billion to landfill. The world economy suffers $940 billion per year by losing one-third of the food it produces to waste. According to the FAO study, the global economic impact of all the food lost in 2007 represents total losses of about USD 750 billion.

Food waste also represents a major societal challenge from a moral perspective. According to the United Nations, approximately one in every nine people in the world suffers from hunger, defined as not having sufficient access to food to be healthy. Hunger is estimated to kill a higher number of people every day than diseases such as AIDS, malaria, and tuberculosis. From a fairness perspective, society has a moral obligation to distribute vital resources such as food in a way that will satisfy the basic needs of the largest possible number of people.

Food loss happens at all stages of the supply chain, from the farm to the consumer. In industrialized countries, the retail and consumer stages are high contributors to waste; in developing countries, the most significant food losses occur at the farm, in part due to the limited adoption of technology. In industrialized countries, about 40% of food is lost at the retail and consumer stages of the supply chain.

If these numbers are accurate, it’s time to take steps urgently! The USDA and the EPA have established a goal to cut food waste in half by 2030. As part of the effort to manage waste, many companies in the past few years have started deploying artificial intelligence (AI) and machine learning (ML) in the food industry. The eight largest grocery retailers in the UK sought AI, and studies show that these supermarkets can prevent £144m worth of food going to waste each year.

According to data scientists from Blue Yonder, part of JDA Software group, these grocery retailers can reduce food waste by an average of seven tonnes per year. With AI and ML, retailers can make smarter decisions based on the data they have at their disposal – from the start of the supply chain to the shop floor. Applying this insight will enable grocery retailers to hit the right balance of food stock: enough to satisfy demand while reducing unnecessary waste. Enabling grocery retailers to make more intelligent and data-driven decisions can put them on the road to significant environmental and financial savings.

Improving the forecast: The basis of minimizing food waste is to forecast as accurately as possible. AI can improve demand forecasting, giving retailers a clear and accurate way of taking into account factors like the weather, or the day of the week or time of the year to reduce the environmental impact of waste. The clearer and more accurate the signal, the more successful grocery retailers can be in reducing the environmental impact of waste.

Setting the right price: AI can put grocery retailers in a better position to set the right price than ever before, by finding the right balance between selling at a profit and clearing stock. It can make a real difference by automatically setting prices based on information such as time of day, the amount of goods left, and expiry date.

Avoiding transportation disruption: By analyzing a range of factors including weather, time of day, and expiration date of products, AI and ML can sense and avoid transportation disruption enabling retailers to divert goods via alternative routes, for example, if a port is closed due to bad weather. Avoiding logistical problems can dramatically cut waste.