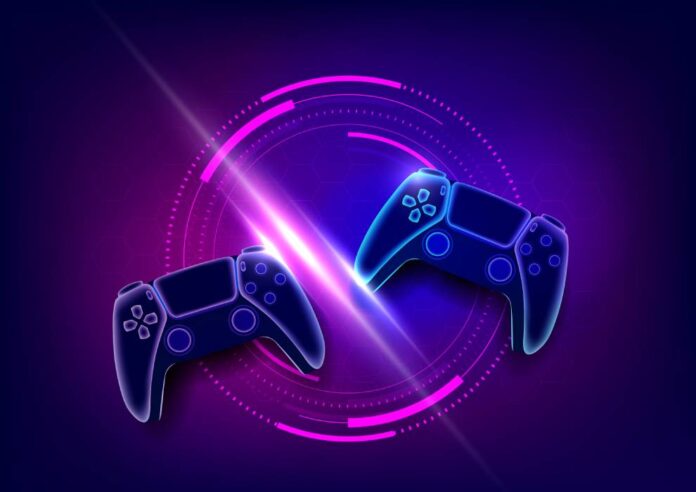 The first video game is said to have been invented in 1958 by Physicist William Higinbotham. Since then, technology has evolved a lot, to the point that nowadays, we have some of the best trends in gaming. Keep reading to discover the seven innovations changing the future of gaming.

Cloud gaming is online gaming where the games are hosted on a remote server. The game is played over the internet and streamed to your device, so all you need is a decent internet connection, which makes this form of gaming accessible even in developing countries. The cloud-based system allows for quick processing speeds and high-quality graphics that would be impossible for most people to achieve if they were playing locally on their computer or console. This means that everyone can play high-end games without buying expensive hardware.

Augmented reality (AR) is the blending of real-world and computer-generated elements. With AR, you can see your surroundings and virtual objects or characters overlaid on top of them. In gaming, this technology is being used to make games more immersive than ever before. For example, Pokémon Go uses AR to let you find Pokemon in the real world by using your phone’s camera to find nearby players or creatures—you can even see them in the grass around you!

Virtual reality is the most immersive and realistic way to play games. It doesn’t matter if you’re a casual gamer or an extreme enthusiast— almost every gamer will agree that virtual reality is a game changer in the industry. With VR, players can immerse themselves more deeply into their digital worlds than ever. With complete body movements and haptic feedback, players can become characters in their favorite games like never before.

The idea of the metaverse has been around for quite a while, but it’s only recently that we’ve started to see technological advancements that make it possible to realize the concept in our world. The metaverse is not just about creating a virtual world but also about connecting all of the worlds so that people can explore different places in only one place.

The ability to fully immerse yourself in a virtual world is a powerful tool, and many companies realize this. Oculus Rift is just one example; NASA is also using it to help train astronauts and psychologists who use it as an experimental tool for treating post-traumatic stress disorder (PTSD).

AI has been a part of gaming for years, but it has recently become much easier to implement AI in games than ever before. With new tools like Unity and Unreal Engine 4, game developers can build detailed worlds with little effort or cost. The result is an increase in games that feature richly detailed environments filled with intelligent NPCs (non-player characters) who react dynamically to your actions and those around them.

3D scanning is a technology that allows for the creation of digital 3D models from real-world objects. It’s often used to create character models for video games and other forms of media. Voice recognition is the technology that enables voice commands to be used to control devices or programs. Voice recognition can also be used in gaming, where players can use their voices as commands for different actions within a game.

Facial recognition is the process by which your device can identify you based on your facial features, such as your eyes, mouth, and nose (among others). It’s commonly used in security settings today, like smartphones and laptops but has also found its way into gaming through titles such as Watch Dogs 2 or Assassin’s Creed Origins, which can be found on Amazon Prime Gaming.

NFTs are a type of digital asset that can be transferred between parties, traded, and sold on the blockchain. Within the gaming world, NFTs can represent virtual items such as avatars or weapons in games. For example, you might be able to buy a sword using cryptocurrency or another type of digital cash (like a token) via an online marketplace that supports trading in NFTs and other cryptocurrencies.

NFTs are different from regular cryptocurrencies in that they have a fixed supply. For example, if you have 1,000 NFTs representing swords and sell them to someone else, then no more swords will be available for purchase on the blockchain.

Technology has allowed many things to evolve online, including e-commerce, video games, and even casinos. With AR and VR, players can even feel like they are playing online games in a brick-and-mortar casino. People can already simply look at the list of best RTP slots in the UK and play from the comfort of their homes, but soon the experience will be much more immersive.

We believe these seven innovations will usher in a new era of gaming. Together, they will create more immersive and interactive experiences for gamers. We’re excited to see the future of this industry as it grows and evolves!