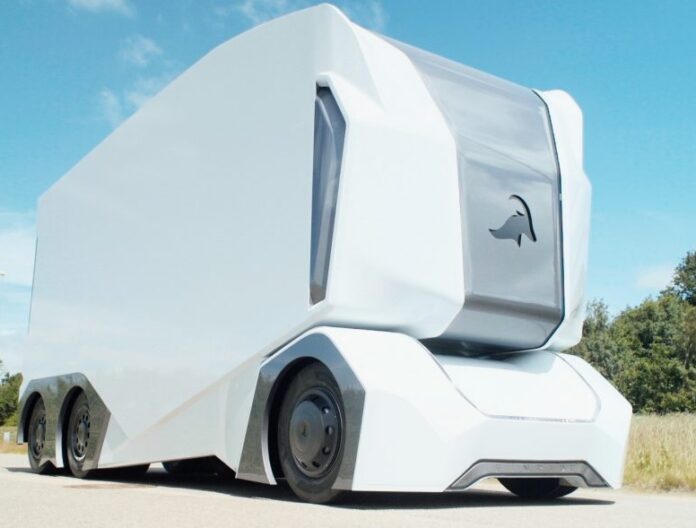 Truck drivers are the life and blood of every business around the world. In the US alone, 280,000 trailers are sold per year. 671 billion in merchandise is shipped every year. 432.9 billion miles are driven on US highways, and 500,000 trucking companies operate with 8.9 million trucking employees that include 3.5 million truck drivers. Without them, businesses providing products and services on a global level would crumble.

Within the last few years, trucking technology has advanced by leaps and bounds. Recently, automation has become the central idea of many automotive manufacturers, including Tesla. However, the bigger question is, what does it mean for the industry in the long run? Will, the drivers, have to look for another job, or their work would become more comfortable? The future is coming in fast, but let us have a reality check.

Are autonomous trucks the future? Let us find out. We have all seen those sci-fi movies showing self-driving vehicles, but how much of that is right in the practical sense? Are self-driving trucks something we all can expect in the coming future?

Yes! It is indeed, a reality. Using a simple engage button, the driver needs not to sit at the wheel, but enjoy the ride. We are talking about 18-wheelers fit with Advanced Driver Assistance Systems (ADAS), which will have self-driving software along with advanced radar. Other features will include power steering, cruise control, automated gear change, and a camera.

The only thing expected of the driver will be knowledge of all technology, and to remain in the cabin for any emergencies. Autonomous trucking technology is among the most advanced technology of our time. However, we would still need to follow precautions before letting an AI drive a heavy vehicle alongside vehicles with human beings in it.

But why do we need autonomous trucks?

The primary cause of the trucking industry moving towards automated trucks is the shortage of highly qualified truck drivers. There are not too many capable replacements that can handle operations behind the wheel and drive without any mistake. However, the heaviest employment opportunities will always remain in the oil and gas delivery industries, which is excellent trucking news for those looking to drive heavy.

Moreover, many truck-related accidents and deaths, which are the result of tired drivers going on long routes without breaks, are a big concern for the industry. Here is when autonomous trucks can easily handle long-routes while allowing the tired driver to rest during those hours.

Here are some of the key benefits of autonomous trucks:

Have autonomous trucks delivered any Cargo without any flaw?

Meanwhile, Uber-owned startup Otto partnered with Budweiser to drive an autonomous truck on Interstate 25 at 120 miles to deliver 2000 cases of beer. Route assigned for this particular job was from Ft. Collins, Colorado, to Colorado Springs. The driver enjoyed the scenery while the truck did the job flawlessly. Moreover, the driver did not have to override any controls.

Looking at the rapid pace at which companies like Daimler Trucks, Waymo, TuSimple, Thor Trucks, Pronto.ai, Volvo, and Torc Robotics are doing the testing of autonomous trucks on public roads in the US, it seems like the technology will come to trucks more quickly than passenger cars. Alphabet subsidiary Waymo’s autonomous vehicles have already driven more than 20 million miles, and the company is now expanding its footprint into Texas and New Mexico.

Evolution is the bitter truth of every industry. What once was the job of a person to burn the night lamps on the streets is now done by automated street lighting.

Similarly, the trucking industry is also no exception; and with automation on the minds of everyone, there is nothing to stop this from becoming a reality. However, the question that comes to the mind is, how exactly will automated trucks impact the trucking industry? Autonomous trucking does fulfill a significant need in the industry.

With regards to knowing the who’s who of the trucking industry, let us check out two major players in this race.

The Embark Trucks, co-founded by engineering prodigy Alex Rodriguez is a San Francisco-based startup for the trucking industry. At present, it has the most extensive automated truck route across the world and the first autonomous trucking company to operate cross-country in the USA.

The largest digital freight broker Loadsmart and Starsky Robotics, has collaborated to pass another milestone in the trucking industry with self-driving semi-trucks. Both companies dispatch an autonomous truck to deliver freight. It has been possible with the combination of Loadsmart AI-powered pricing and load matching technology along with Starsky API.

Other major players in autonomous trucks are: