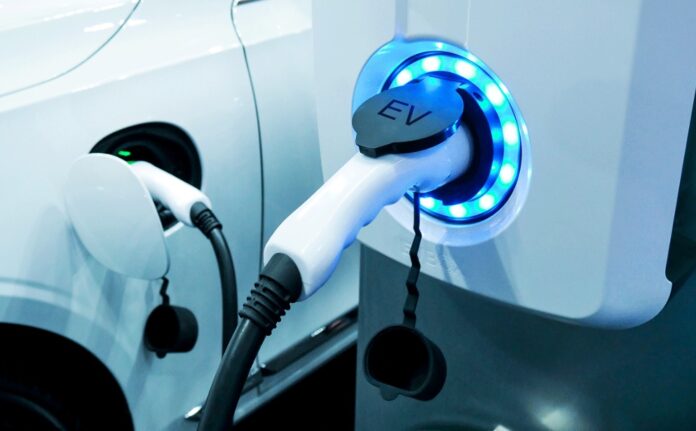 Fully battery-powered electric vehicles (EVs) are the most popular green vehicles worldwide. Relatively long charging time is arguably one of the most difficult and limiting parameters for consumers to accept and for researchers to meet among the factors preventing widespread adoption of these EVs.

In comparison to the quick refueling time of internal combustion engine vehicles, the current fastest recharging time for an 80 percent state of charge can take up to 30 minutes (SOC). Extreme fast charging (10 minutes to reach 80% state of charge) has been identified as one of the most important directions for the advancement of electric vehicles in the marketplace and, as a result, in the field of battery science.

The following are some of the current technical issues with fast charging in batteries: (1) cathode particle cracking, (2) low active material utilization, (3) electrolyte-electrode side reactions, and (4) Li plating at the anode. These issues are exacerbated by (5) electrode variability, and they are nearly all caused by the cell’s insufficient mass transport properties.

The volume changes experienced by the cathode particles are amplified at higher Li insertion rates, increasing heterogeneity and stress throughout the battery material compared to slower rates. The Li-ion diffusion-induced stress is amplified at higher currents, such as in XFC conditions. The SOC of surface cathode primary particles is higher than that of inner primary particles. Cracking the cathode material could reduce the number of Li storage sites available while increasing the surface area available for electrolyte decomposition.

The observed increases in cell voltages at higher charging rates are primarily due to changes in the system’s thermodynamics and kinetics. Concentration and Li-ion transport cause these changes. The concentration gradient generated in the cell at both the cathode and anode is extremely high due to mass transfer limitations. Suppose the electrolyte Li-ion transport is the limiting step. In that case, a higher current will generate more Li-ions and, as a result, a higher Li-ion concentration at the cathode’s surface than low current charging. On the other hand, the li-ion concentration at the graphite surface will be lower.

According to the Butler-Volmer equation, the overpotential is inversely proportional to the concentration of the reduction reaction reactants at a given current density. Because of the lower Li-ion concentration, the rate of the reduction reaction of Li-ion intercalation into the graphite anode is slowed, increasing the overpotential. Simultaneously, the increased/decreased Li-ion concentrations at the cathode/anode have a thermodynamic effect. On average, increasing the Li-ion concentration at the cathode will increase the oxidation potential required to extract Li from the cathode material. The lower Li-ion concentration at the anode’s surface will push the anode down to a more reductive potential. The polarization experienced by both the anode and cathode increases the overall cell voltage, causing it to reach its cut-off voltage prematurely, among other sources of overpotential (ohmic resistance, charge neutrality, etc.). As a result, low material utilization and energy efficiency have been reported.

To prevent continuous electrolyte/electrode side reactions, the cathode and anode are passivated by cathode electrolyte interfacial (CEI) and solid electrolyte interphase (SEI), respectively, under ideal conditions. On the other hand, passive layers are imperfect and will have an area where side reactions can occur. These reactions, which occur on both the cathode and anode, are a major cause of battery degradation. Due to lower overpotentials experienced by the cathode and anode and a likely lower operating temperature, side reactions are manageable at low currents, yielding the accepted cycle life in commercial LIBs. However, the local currency can be heterogeneous (especially under XFC conditions). Due to electron and ion flow resistance, it may cause significant Joule heating in the battery system.

The kinetics of each electrode’s side reactions (parasitic reactions) of electrolyte components will increase as the temperature rises. At the same time, the overpotential experienced by each electrode will allow the cathode potentials to be more anodic and the anode potentials to be more cathodic, resulting in a larger thermodynamic driving force for these parasitic reactions. The oxidation of electrolyte species on the cathode, potential corrosion of the Al current collector, and reduction of species in the anode are parasitic reactions, with some side reactions resulting in the production of gaseous compounds. It should be noted that research has shown that charging a 2-mAh cm2 single-layer NMC532/graphite pouch cell at rates up to 9C causes insignificant changes in cell temperature. However, this was accompanied by a small absolute current, which resulted in a maximum heating rate of only 16 mW.

The goal of using an N/P ratio that is typically greater than unity is to reduce the likelihood of Li plating. A low N/P, or a high cathode-to-anode areal capacity ratio of near unity, is dangerous because it increases the risk of locally saturating the graphite anode with Liions and bringing the local potential past 0 versus Li+/Li, allowing Li plating. It should be noted that as the current is increased, the heterogeneity in the current distribution is amplified. At high charge rates, the anode’s overpotential reduces the potential levels to the point where Li plating can occur, effectively lowering the battery’s N/P ratio below one.

Li plating, or reducing Li-ions to Li metal, is particularly hazardous because it allows Li dendrites to form. The cell is prone to thermal runaway if the cathode and anode are shorted by an internal Li dendrite. In addition, the formation of metallic Li allows the electrolyte to decompose. Because the SEI on Li metal is unstable, the continuously formed Li (due to its highly reductive nature) will constantly consume the electrolytes and produce gaseous species, degrading the cell’s cycle retention if a short circuit is not first established.

Furthermore, Li plating is well-known to occur when charging at low temperatures due to sluggish Li-ion transport in the electrolyte, resulting in large overpotential at low currents. Throughout the literature, the most effective way to overcome this is to warm the battery from ambient to room temperature before doing any significant charging. High temperatures, interestingly, were found to facilitate Li plating by increasing Li-ion reduction kinetics. However, this relationship between Li plating and temperature is only valid if the anode’s potential is low enough to allow Li plating thermodynamically. In other words, if Li plating occurs, a high operating temperature will likely accelerate dendrite growth.

The amplification effect of any variability in the cell’s physical characteristics is at the root of these issues. Any spatial heterogeneity in the electrode could serve as a higher or lower current (depending on its local pressure), allowing the effective local current to be amplified beyond even the most difficult XFC conditions. Furthermore, it has been suggested that heterogeneity in binder/carbon black and active material aggregates has a significant impact under XFC conditions.

Aggregates have more active material per volume and lower mass transfer rates, resulting in preferential lithiation/delithiation as the degree of aggregation increases. They will cause more damage to the cell if they are combined, resulting in either a shorter cycle life or complete cell death. As a result, the manufacturing of XFC cells will necessitate a higher level of design to avoid any minor variations in the cells. In particular, the so-called secondary pore networks, which are intended to provide more efficient Li-ion transport highways, could have in-plane columns of electrodes that could serve as a point of higher contact pressure and, as a result, an undesirable higher local current.

Risks and challenges in the battery value chain