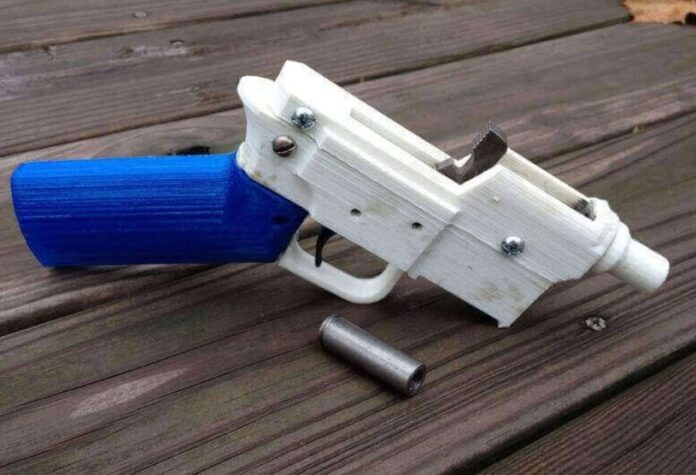 3D printing, also referred to as additive manufacturing (AM) or rapid prototyping, is a technical and industrial revolution that can significantly change the way we live.

This manufacturing method is an automated process that produces complex shape geometries from a 3D model (computer-aided design (CAD) model) by adding material layers, such as plaster, metal, plastic, and so on. It has the potential to reduce material waste, decrease labor costs, and fast production.

Like any other technology, 3D printing has a series of risks that currently obstruct this technology’s large-scale expansion. As much as it can be used for good purposes, 3D printing can also be misused when it falls into the hands of people with ill intentions. Anyone with sufficient modal can own a 3D printer and start printing guns or illegal drugs at the comfort of their homes. They are only limited by the costs and technological capabilities of the printers and the availability of the raw materials.

One of the big challenges here is the lack of legislation and regulations regarding 3D printing. For instance, there can be printed guns (and this has already happened), weapons, parts for aircraft, military components, counterfeit parts for commercial or defense operations (designed for sabotage), drugs, or chemical weapons. Besides, all of these could be achieved with ease, at reduced costs, and very fast. Thus, 3D printing can become a potential danger when used by criminals or counterfeiters.

Ever since Cody Wilson first-ever printed a gun called ‘the Liberator’ from a 3D printer, firearms enthusiasts are constantly modifying gun designs to develop more durable guns made from a combination of 3D printed materials and parts taken from traditionally manufactured guns. 3D printed guns pose threats to society because metal detectors cannot detect them.

3D printing enables almost anyone to possess a firearm through self-manufacturing. The group of people who called for firearms to be banned in the States fear that 3D printed guns might be used for crimes or mass shootings. Even if the government does ban 3D printed guns, the technological advances in firearm printing will not stop there as it is part of European history and culture to own guns.

While owning a firearm is legal, how about owning a gun design file? The province of New South Wales of Australia recently enacted a law that bans gun design files. The amendment made to the Firearms Act 1996 states that possessing 3D digital blueprints for manufacturing firearms is a crime punishable with a penalty of up to 14 years in jail. Individuals who have digital gun blueprints for research purposes are legally exempted from the law. The legal stand of manufacturing own firearms differs amongst countries all over the world. Some countries like Australia and Japan have banned gun design files, while the US does not. Currently, making own firearms is legal in the US as long as it is intended only for personal use and not for commercial purposes.

As the fabrication of weapons, another critical area is the controversies like an infringement of intellectual property laws. Online platforms such as GrabCad and Thingiverse provide users with the CAD design files needed for 3D printing. Registered users can download, upload, design, and modify a 3D model on these online platforms. Infringement of copyright laws happens through the way users obtain the CAD design files. They can either create an object design file, modify an existing design or scan the object.

Some assert that CAD files cannot be categorized as copyrightable software in the USA because they are just “triangular representations of a 3D object”. They justify that a 3D design file isn’t a literary work and is more likely to be considered under “graphic and sculptural works.”

Another question is whether 3D designs can be considered as sculptural works. Artworks have their own set of copyrights. Apparently, a 3D model does not infringe copyright laws if the CAD file is used to create an object for use and not as an artwork. This is showcased in the example of Andrew Ainsworth, a props maker who, in the film StarWars, printed the Stormtroopers’ white helmets and justified that it was for use and not as an artwork. The court ruled in favor of Ainsworth. While the USA stands by the notion that a CAD file cannot be protected under copyright law, the UK believes that a CAD file could be protected. As for now, the copyright status of CAD design files remains unclear.

People can also misuse 3D printing to manufacture illegal or counterfeit drugs. Professor Lee Cronin and 45 researchers at Glasgow University are researching additive manufacturing technology that would allow drugs to be produced through 3D printing. It was discovered that bathroom sealant, which acts as the “ink” for creating reaction chambers, was the suitable raw material for the 3D printer. The printer can inject “chemical inks” that would create more complex molecules through a series of reactions. Cronin stated that almost all drugs are made of similar oxygen, carbon, and hydrogen components with vegetable oils and paraffin. He foresees that people will be able to download drug recipes from online platforms and use 3D printers to produce medicines at their homes in the future. When this happens, 3D printed drugs might not just be a possible crime threat but also a social menace.

Besides printing illegal drugs, individuals who want to earn easy money can also manufacture counterfeit medicines that produce similar effects but have different chemical components from today’s controlled substances. Due to the drugs’ distinct chemical compositions, these counterfeit drugs may not be covered by current laws and would hence be technically legal. They might also be more dangerous than the controlled substances because less research is done to under their chemical composition and discover the side effects of these drugs.