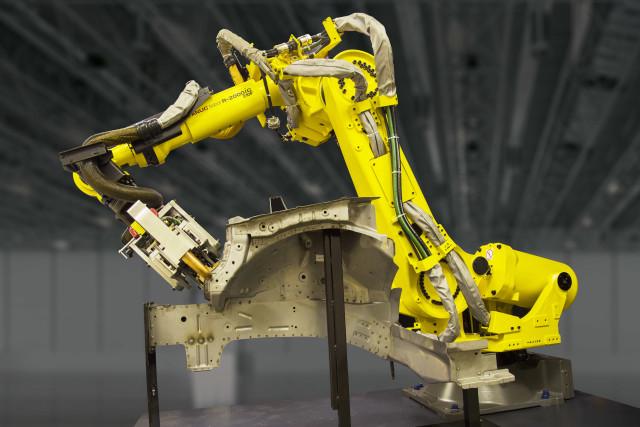 Robotics is an interdisciplinary branch that includes mechanical engineering, electronic engineering, information engineering, computer science, and others. Robotics deals with the design, design, operation, and use of robots and computer systems for their monitoring, sensory feedback, and information processing.

Due to the rapid growth in the manufacturing sector, the robotics engineering sector is growing rapidly and promises to be one of the next biggest fields. There are a lot of jobs people would prefer to leave for robots. The job can be boring, like home cleaning, or dangerous, like exploring a volcano. Today’s robots assist in surgeries of high precision such as brain and heart surgery. They are also used for testing the quality control of pharmaceutical products.

Who is a robotics engineer?

What do robotics engineers do?

Most of the time, robotics engineers spend designing the plans needed to build robots. They also design the processes to run properly for the robot. They move towards assembling the unit once the design phase is complete. This type of engineer is responsible for creating several different types of robots that are used to accomplish various tasks. The engineer will first investigate and determine exactly what the robot will be used and how it will achieve its goal before a robot is constructed. For these professionals, the construction process will take a lot of time. Robots are highly technical and difficult to create, and the task can be very difficult. That’s why it’s not uncommon for a robotics engineer to work on just a handful of projects throughout their entire career. Professionals in this field need to be very patient.

In 2015, a National Robotics Education Foundation poll of 200 senior corporate executives identified robotics as a major source of jobs for the U.S. Indeed, roughly 81% of respondents agreed that robotics was the nation’s top job growth area. In a survey conducted by technology consulting firm Capgemini, over half of respondents claimed to have invested $100 million or more over the past five years in smart factory initiatives. The study concludes that by 2022, smart factories will become at least 21% of factories. It is especially true in areas of labor shortages like the U.S. and Western Europe. Over the past seven years, the U.S. Bureau of Labor Statistics (BLS) reports that companies added 136,748 robots to factory floors.

Together with 230,000 employees, Amazon launched 30,000 robots into service across its fulfillment centers. Higher efficiencies have resulted in increased growth from the Kiva robots. Automation and robotics are other examples of growth in the automotive industry. General Motors increased U.S. jobs between 2012 and 2016 from 80,000 to 105,000. With the addition of about 10,000 robot applications in GM plants, this increase in jobs coincided.

The BLS reports that as part of the mechanical engineering field, robotics engineers will increase by 5 percent by 2024. In 2015, robotic engineers’ median annual salary was $83,590. If the rate of machines added to factories remains consistent, then it will also increase the number of skilled technicians needed to program, operate, and maintain these robots. In other words, robotic engineers have a prime job market.

So, what exactly you need to learn to become a good robotics engineer? Here is a list.

Study science and math in high school – Math is a very important part of robotics. You must learn linear algebra, trigonometry, the theory of probability, statistics, heart by heart. You don’t have to learn the formulas byheart, but the point most importantly is to use computers to solve all that math. It is also prudent to participate in robotics competitions or to be part of a robotics club to develop interest and gather knowledge early on.

Complete an internship – In robotics and engineering, there are countless organizations offering internship jobs. Your initial focus would be on getting a good field understanding and relevant work experience. You can use this time to network, which when you start working, can be beneficial.

Master’s degree and research – To be competent in the robotics field, you can opt for a robotics specialization or master’s program and start your research in this field. In the field of robotics, whatever progress we witness is mainly due to the research output. You have to apply and create something out of your existing knowledge.

Here are some institutions which offer specialization in Robotics