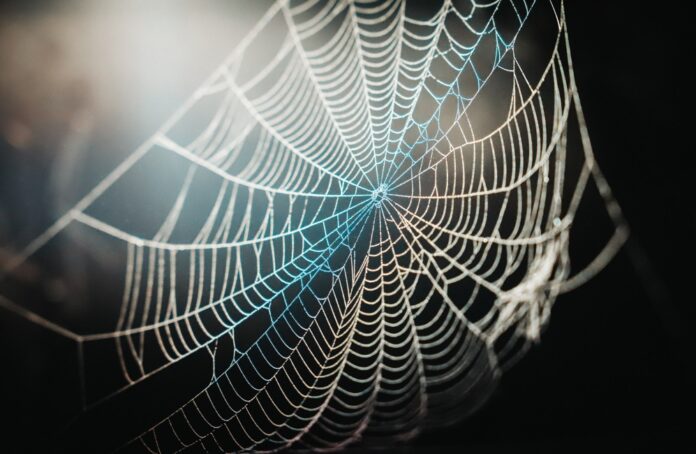 What if scientists could create robots from the dead bodies of biological organisms? This is the premise behind necrorobotics, and researchers have already gotten it to work. While many will get goosebumps hearing about a dead spider robot, there’s some interesting science behind necrorobotics.

Necrorobotics give dead organisms new life using their natural biological mechanics. It is the ultimate dive into biomimicry. Rather than copying the mechanics of biological organisms, necrorobotics use them exactly as they are.

This raises many questions, including natural comparisons to microrobotics, which are also heavily inspired by biology. While necrorobotics might be a bit creepy, could it technically be more sustainable than microrobotics since it doesn’t utilize any manufactured mechanical parts? Maybe not. Here’s a closer look at how necrorobotics and microrobotics compare.

Necrorobotics is a new field of robotics that stems from a 2022 research project conducted at Rice University in Texas. The researchers found a dead spider in their engineering lab, and it got them asking questions about how spider biology works. For instance, why do spiders’ legs curl up when they die? The answer sparked a foray into a strange new field of research.

The researchers discovered they could manipulate the biological hydraulics of a dead spider’s legs like a claw machine. When spiders live, they control their limbs by pumping blood into the leg, causing it to extend. When they die and no more blood to be pumped into their legs, the legs simply curl up.

The Rice University researchers used puffs of air to simulate this hydraulic mechanism with dead wolf spiders. A thin tube pumped air into the spider’s legs, allowing the researchers to operate the legs as if they were the spider. The necrorobotic spiders were able to do things like manipulate circuit boards and pick up other dead wolf spiders. Of course, no real circuits or electronics were needed to make the dead spiders do these things. The researchers simply made use of biology’s engineering.

Is Necrobotics Viable for Widespread Use?

While turning dead spiders into robots would certainly make for a great science fiction movie, one has to wonder if necrorobotics have any potential for widespread real-world use. The science itself is interesting. It is certainly plausible that the delicate mechanics of a necrorobotic spider gripper might be good for handling delicate objects in, say, an assembly line. However, would people want to work in such an environment? Would consumers want to buy products that robotic dead animals handled? On the one hand, many are sure to find it distasteful. On the other hand, many people may even have ethical concerns with necrorobotics.

These factors limit the potential for any level of adoption of necrorobotics. It won’t matter how sustainable necrorobotics are if it is not viable for large-scale use. It is more plausible to imagine necrorobotics as a research field for developing new types of biomimetic robotics. For instance, adapting the precise hydraulic mechanics of a wolf spider’s legs into an artificial robotic system.

Going beyond practical or ethical concerns, there may also be biological issues with necrorobotics. It is important to remember that these are dead organisms – their bodies are not designed to continue operating after they die. As researchers point out, once blood flow through a biological specimen ceases, a process of ischemia or hypoxia begins, triggering a chain of events that alter the metabolism and biological structure of the organism. In other words, dead organisms are designed to decompose.

How could necrorobotics be used in any long-term application if the organisms in question are going to be in a constant state of biological degradation? A tiny spider might be one thing, but biological degradation becomes a big issue when larger organisms enter the conversation. An extremely cold environment would be needed to slow the decomposition process. This alone might offset any “sustainability” advantage from necrorobotics’ lack of electronics and mechanical parts.

So, how do microrobotics compare to necrorobotics? Could it be possible that necrorobotics are more sustainable than microrobotics? There is a case for this worth examining. Traditional robotics –non-organic robotics – requires mechanical components, such as computer chips, capacitors, motors, and metals and plastics. All of these components rely on raw materials and massive supply chains.

Since 2020, the world has been facing an on-and-off computer chip shortage impacting every industry and product. While interviews with industry analysts suggest that the chip shortage may end sooner rather than later, demand for computer chips will remain high for the foreseeable future. So, microrobotics relies on a strained supply chain already operating at maximum capacity.

The computer chip industry is not a sustainable production model, either. The semiconductor industry has a severe carbon footprint all over the world. Chip production facilities use millions of gallons of fresh water, millions of kilowatt-hours of electricity, and create thousands of tons of waste every year. That’s all in addition to the raw materials needed to make electronic components and the sheer number of work hours required to operate these massive production facilities.

So, even if microrobots are extremely small, they do still rely on a supply chain that is not environmentally friendly. By contrast, necrorobotics use organic materials that are no longer needed by their original organisms. In this way, necrorobotics is technically recycling. Of course, some electronic components are still needed to operate the organic robots, but the robots themselves are not made out of electronics.

The Case for Sustainable Microrobotics

Despite the semiconductor supply chain, microrobotics may be able to be a sustainable technology, even more so than necrorobotics. If microrobotics could be used to help the environment, it would be a carbon-neutral technology, balancing out any negative impact of producing electronic components.

As mentioned previously, necrorobotics is not sustainable itself. Organisms were not designed to retain their structural integrity after death. Biological degradation will happen unless some action is taken to slow it down. This would require significant energy to constantly cool or freeze necrorobots to keep them from decaying.

That automatically makes them ineligible for use in wet, humid, or outdoor environments, where they would be exposed to things that would only aid the decomposition process.

By contrast, microrobots can go to frontiers that no robots have before, including inside the human body. Researchers at Northwestern University have developed a tiny crab robot that’s small enough to fit inside the edge of a penny. They hope the robot will be able to help deliver minimally invasive medical treatments by repairing the body from the inside.

Necrorobots could not safely complete such procedures because a dead organism would not be sterile or safe to put into the human body. Plus, the necrorobot would begin decaying in the liquid environment of the human body’s interior.

Additionally, microrobots have great potential to help scientists understand and respond to climate change. For instance, researchers at Uppsala University in Sweden have developed a microrobot to help scientists track the environmental impact of agricultural activity.

The microrobot is powered by sunlight, so it doesn’t require fuel. It doesn’t have a problem with water, either. The robot can swim through rice fields and detect fertilizer and arsenic. Detecting these substances can help scientists pinpoint areas where agriculture could be more sustainable and measure the impact of green farming practices.

Similarly, a team of researchers in Prague developed a microrobot that can detect and break down microplastics in the ocean to make them less harmful. The microrobot latches onto bits of plastic and breaks the chemical bonds in the plastic molecules, breaking them down. While this robot might only be feasible in contained systems such as drinking water treatment, it is still a great model for what microrobots can do.

Despite its reliance on the unsustainable manufacturing practices of the electronics industry, microrobotics have immense potential to support sustainability initiatives. It is important to remember that the computer chip industry could improve over the years to become more sustainable. Additionally, microrobots are so small that it could also be possible to make some of their components out of recycled electronics.

Regardless, microrobots are much more durable and functional than necrorobots due to the nature of their structural components, making them an ultimately more sustainable and widely useful technology.

Both microrobotics and necrorobotics are incredible advances in robotics technology. Even if necrorobotics is not viable for real-world applications, it could prove extremely useful for studying the mechanics of biological organisms. The insights gained from such research could power the development of next-gen robots based on advanced biomimetic engineering.

Meanwhile, microrobotics have incredible potential in numerous fields, from medicine to agriculture. As both fields of robotics advance in the years ahead, they will surely support research and initiatives that help our planet and its people.