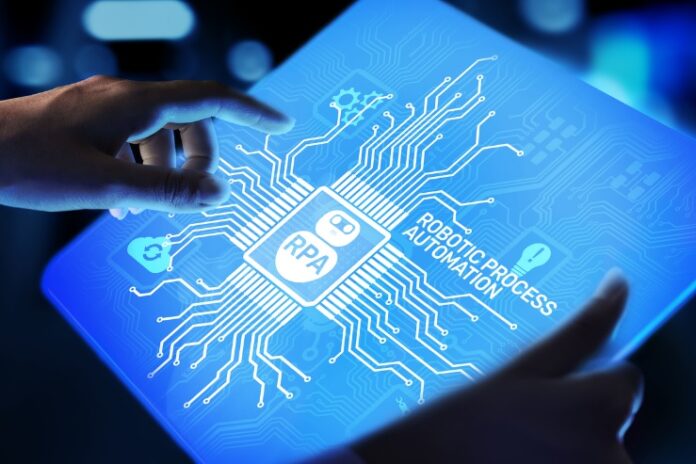 Process automation is nothing new; businesses have always sought ways to boost productivity and foster expansion. Process automation on a large scale probably started more than 200 years ago in the textile sector, when factory machines started to be used for labor-intensive tasks like cotton spinning, weaving, and stitching. In manufacturing and other industries, physical tasks of this kind are now largely automated, and robotics advancements continue to lower the cost of automation while increasing its capabilities.

The automation approach has evolved along with the nature of work. Traditional information technology has been the main enabler of automation for a modern business’ internal operations (IT). Many organizations have integrated technology into business processes through ERP and other business applications.

Tools for robotic process automation (RPA) can help businesses increase the effectiveness of their services and processes. Candidates for traditional processes that benefit from RPA typically have repeatable and predictable interactions with IT applications, even when switching between multiple applications may be necessary (swivel chair). RPA software “robots” can carry out such routine business processes by imitating how people interact with applications through a user interface and making decisions by adhering to simple rules instead of necessitating fundamental process redesign associated with IT-driven transformation.

1. Myth: You need an army of robots

The ability to automate the “long-tail” of low-volume or low-value processes that other methods cannot economically address is one of the main benefits of RPA. A minimum scale is still necessary to realize the return on the initial investment of setting up an automation capability and the ongoing operating costs. Vendors frequently specify a minimum requirement for license purchases as well. These minimums are typically not prohibitive, but tools geared more directly toward the “enterprise automation” sector of the market might not be economical in smaller implementations. In today’s market, using a few robots could produce beneficial results.

2. Myth: Robots will steal our jobs

John Maynard Keynes predicted that there would be widespread unemployment in the future because technological advancements would eliminate jobs more quickly than they would be replaced. Even though this may not have happened as quickly as he had hoped, there have been more dire predictions in recent years about the possibility that computers will replace human workers, such as Gartner’s prediction from the previous year that one in three jobs will be automated by 2025.

We do acknowledge that many tasks currently carried out by humans in the workplace can be automated using software robots and that the range of tasks that can be automated will grow as cognitive technologies power more “intelligent” automation.

However, our case studies show that most of the organizations we researched are more concerned with improving the productivity and effectiveness of their workforce than with reducing it. Those freed from routine duties are refocused on more worthwhile or satisfying activities. Additionally, as automation becomes more sophisticated and complex, it becomes more efficient and dependent on the accuracy and expertise of the human operators involved. Task automation does not always result in job losses; in some cases, workforce augmentation rather than a replacement may be the more likely outcome. Employees can now concentrate on more challenging and interesting tasks thanks to the time they have been given back. Over time, businesses may experience lower turnover, higher morale, and more internal innovation.

Cognitive technologies, which are increasingly capable of human abilities like understanding natural language and recognizing images, and can learn from observing humans, serve as the foundation for IA solutions. IA still needs human training and is not yet able to fully mimic human thought. We recommend reading “Demystifying Artificial Intelligence: What Business Leaders Need to Know About Cognitive Technologies” for a deeper understanding of cognitive technologies (Deloitte University Press, November 4, 2015).

Instead of replacing the conventional process transformation options, RPA tools supplement them. BPO providers could gain significantly from RPA tools, and many are actively investigating them (if they haven’t already) to reduce their delivery costs or partner with new specialized service providers already offering “robots-as-a-service.” Even if revenue growth slows, BPO companies that successfully integrate automation frequently aim to significantly increase their profit margins.

Nevertheless, developing RPA as a transformation option should impact your outsourcing strategy if you are considering outsourcing or have an outsourcing partner. In the latter scenario, you should talk with your BPO about automation to determine where it offers a chance for both parties to benefit.

Software robots are prone to sources of failure even though they may follow the rules without deviating, do not require sleep or breaks, and do not make mistakes. The reliability of any machine is not 100 percent. Bad input data can bring on exceptions. Robots are quite good at recognizing the components of application user interfaces, but they are not immune to system changes, especially when interacting with remote environments. Robots also lack “common sense,” so if a flaw in your company’s robot management process lets an obvious mistake seep into the instructions given to your robots, they will still adhere to those instructions exactly and replicate the mistake hundreds or thousands of times until someone notices it.

6. Myth: RPA will greatly diminish the significance of your IT department

RPA can be used to “noninvasively” automate business application processes, reducing the need for IT to deploy new systems. Although some IT roles may be cut back, others may be added, and overall reliance on IT is still very much present. In the same way, you would anticipate your human workforce to follow policies and procedures about private or customer information; you must ensure that any “virtual workforce” with access to such information does the same. IT is typically in charge of system infrastructure, security, resilience/recovery, and governance, all of which are crucial now more than ever. As a result, IT should be involved right away. In addition, users are still likely to contact IT if an automated process encounters any issues.

Because robots are so effective at carrying out the processes, one organization discovered when their rapid activity triggered security alerts that deploying RPA without keeping IT informed can result in unexpected challenges. The IT team finally understood the benefits of RPA. Therefore, it is preferable to include IT and other affected functions in the RPA program to enable a stable rollout. Additionally, although software robots may interact with business applications solely through the user interface, in many cases, they can be more effective when integrated “behind the scenes” using more robust system APIs, which are frequently made easier with IT support. In some organizations, proactive IT departments are the ones who purchase RPA solutions because they are searching for affordable ways to better support and improve the experience of their business partners.