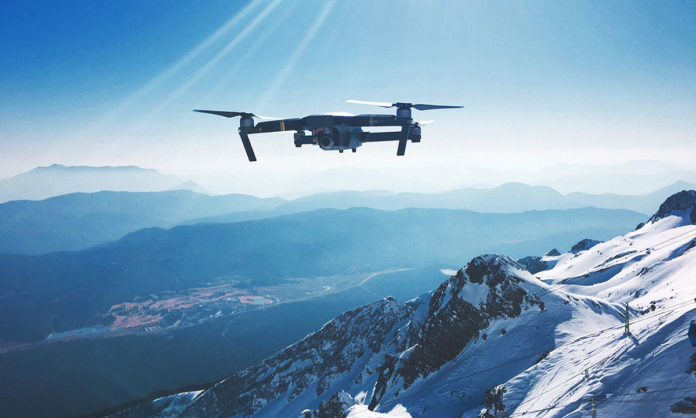 Drones are increasingly being used across sectors as they can quickly acquire imagery ready to use and reach places where people can not reach. However, drones may also be a threat if not used with due caution. Recently, drones have risked the lives of people and have infringed safety and security in many cases. This has resulted in the evolution of counter-drone technology. Also known as counter-UAS, C-UAS, or counter-UAV technology, it is a system for tracking and intercepting drones specifically.

In this article, we will look at the top 7 most effective anti-drone technologies.

Dronegun was developed by an Australian company called DroneShield. It jams the signal between the pilot of the drone and the pilot of the drone. It is a rifle-shaped device used to counter drones with radio frequency jamming and GPS jamming. The system breaks the drone’s connection with its pilot, activates the “fail-safe” to send the drone home, and has the ability to jam signals. In a large environment, DroneGun allows coverage of up to 1 km.

Battelle’s DroneDefender counter UAS device, utilizing a non-kinetic solution, defends airspace at ranges of 0->400m against UAS, such as quadcopters and hexacopters, without compromising safety or risking collateral damage. DroneDefender from Battelle weighs 10 pounds, straps on any existing anti-drone weapon, and blocks UAV radio, GPS, and ISM signals. Then the drone is told to return to their land and origin.

ATHENA (Advanced Test High Energy Asset) is a 30-kilowatt laser weapon developed by defense giant Lockheed Martin to blast offending UAVs out of the sky using a giant laser tower specially designed as we are living in the future. The final version of ATHENA promises to fire up to a laser blast of 120 kilowatts wherever your drone problem is large enough.

DroneCatcher is a multicopter loaded net gun designed by Delft Dynamics. The system safely removes illegal drones from the air. The net gun locks on the target of the drone are then quickly caught by shooting a net with the use of multiple onboard sensors. DroneCatcher carries the captured drone on a cable to a harmless place after the catch and releases it there. If the caught drone is too heavy to carry, it drops it with an aid parachute to ensure a low impact on the ground.

SkyWall 100 is an automated net launch system capturing an intact drone physically with a low risk of the drone or surrounding area damage. It was designed by engineering from OpenWorks. After being targeted by the operator using the onboard SmartScope, the system uses compressed air to launch a projectile to the drone. SkyWall100 can be used as an independent drone defense solution, but a highly capable counter-drone package can also be integrated with a broader security system using the Skylink module. A single SkyWall100 system can protect an area or multiple systems from mobile units can be deployed to protect a large site.

SkyDroner detects, distracts, and disables the flight of drones into a protected area. The system consists of multiple sensors for monitoring the range of radio signals and identifying the various characteristics of the signature of a drone. The system monitors the activity of a drone within 1 km, identifies types of drones, and provides real-time flight path tracking by identifying drone locations and their operators. After detection, the system can distract a drone by assuming control and control frequencies and then disabling communication links with the drones.

The Sky Fence system is built for prison security in particular. It incorporates a number of signal disruptors designed to jam the flight control signal of a drone and prevent installation overflying and disrupt its navigation transmissions. Sky Fence system uses strategically located multiple low-power radio transmitters around the protected site. Upon activation of these transmitters, they transmit signals that interfere with the radio transmissions of a drone and thus prevent the control of their operator. A series of sensors or manual action activates it fully programmable and automatically.