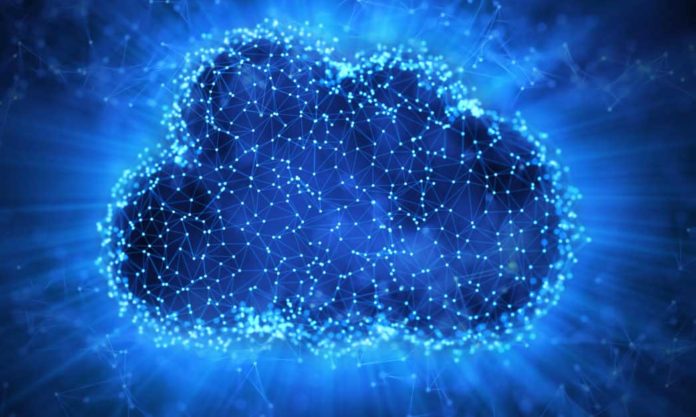 A significant change in our industry is the upcoming shift to cloud computing. The advent of cloud platforms is one of the most essential parts of this shift. As its name suggests, such a platform allows developers to write cloud-based applications, or use cloud services, or both. Different names, including on-demand platform and platform as a service (PaaS), are used today for this type of platform. Whatever it is called, there is an excellent potential for this new way of supporting applications.

Reflect on how application platforms are being used today to see why. When an on-site application (i.e., one running within an organization) is created by a development team, much of what the application needs already exists. An operating system provides essential support for application execution, interaction with storage, and more, while other environmentally friendly computers offer services such as remote storage. If all these basics had to be built first by the creators of each on-site application, we would have many fewer applications today.

Similarly, if any development team that wants to create a cloud app must first build their own cloud platform, we won’t see many cloud apps. Fortunately, vendors are facing this challenge, and cloud platform technologies are now available. This overview aims to categorize and describe these technologies as viewed by someone who creates business applications.

Here are the 5 most significant cloud computing vendors in the world today.

Microsoft Azure is tech giant Microsoft’s cloud computing service to build, test, deploy, and manage applications and services through Microsoft-managed data centers. It provides software as a service (SaaS), platform as a service (PaaS) and infrastructure as a service (IaaS) and supports many different programming languages, tools, and frameworks, including software and systems specific to Microsoft and third-party. Microsoft lists over 600 Azure services, including computing, storage, mobile, data management, messaging, media, and machine learning.

Microsoft’s two major cloud offerings, Office 365 and Azure, not only helped it become the top cloud vendor on the market but also broadened the lead from its main competitor, Amazon Web Services. In the quarter ended Sept. 30, Microsoft brought revenue of $8.6 billion, a growth rate of 24 percent compared to the same quarter last year.

Amazon dominated the cloud market long before Microsoft’s recent victory leap. In the three months ended June 30, AWS reported revenue of $6.1 billion, an increase of 49 percent compared to last year’s $4.1 billion Q2 revenue. AWS may have lost its lead in quarterly revenue, but it snowballs and has an impressive market presence. Amazon’s cloud is the go-to cloud vendor, capturing 33% of the entire market. In the third quarter, AWS revenues came in at $6.7 billion.

Amazon’s cloud is the backbone of Amazon’s architecture, from smart predictions to amazing virtual assistant Alexa when shopping online. Amazon recently announced its partnership with a Chinese blockchain Qtum startup to help AWS users work on its smart contract and dApps platforms. This will help Qtum work on its enterprise Blockchain as a Service (BaaS) solution. Amazon is also working with the National Institutes of Health (NIH) on its STRIDES initiative to help provide large data sets to a broad audience to help researchers study, ultimately treat and prevent deadly diseases. Amazon Web Services works with a range of programs like these in the pipeline at a breakneck pace, as it gives other cloud vendors colossal competition.

IBM Cloud is a cloud computing platform that provides a service infrastructure (IaaS), a service software (SaaS) and a service platform (PaaS) through public, private and hybrid cloud delivery models, in addition to those components that make up the clouds. IBM Cloud assists developers in creating and running modern apps and services. It gives developers instant access to the computers and services they need to launch, iterate continuously, and scale successfully quickly.

IBM was part of the cloud wars, giving Amazon and Microsoft huge competition in 2017. IBM generated revenue of $5.5 billion in the last quarter of 2017, the highest revenue ever created by any cloud vendor. IBM remains a crucial performance cloud vendor, but its slowdown comes at a time when every cloud vendor on the market is driving the cloud hype, and many other cloud vendors are growing at higher rates than the big blue. IBM’s cloud growth rates rose from 30% in Q4 last year to 20% in Q1 and Q2 to 10% in Q3.

The tech giant recently announced several promising partnerships that could save it in the coming years. IBM has been working on blockchain for a while and recently released IBM’s blockchain-based Food Trust platform. IBM also partnered with Travelport to manage, track, and calculate travel expenses using Travelport data and IBM’s IBM Watson and IBM Cloud blockchain. IBM recently released Multicloud Manager to help users manage their data across multiple clouds.

It reported last quarter revenue of $3.39 billion with multiple cloud offers. This places Salesforce at No. 4 on this list. The substantial quarterly revenue represents an increase of 26 percent year-over-year. In order to do so, Salesforce planned to expand and acquired and forged strategic partnerships. In order to expand its cloud services, Salesforce recently acquired MuleSoft, a platform for cloud and SaaS integration. Several small-scale cloud-based companies made similar acquisitions. Salesforce has also partnered with Apple to help restructure its iOS app and encourage developers to work to add iOS features to it. For the longest time, Salesforce has been on the cloud market, and it seems to make all the right decisions that pay off.

Several companies already prefer Google Cloud over Microsoft and Amazon’s cloud offerings because of their lower pricing and high speeds of up to 10tbps. Google Cloud Platform has grown from generating $500 million per quarter in 2016 to more than $1 billion. The impressive Google Cloud clientele includes Spotify, Apple, Lush cosmetics, and Evernote. Recently, Google revealed that Google Cloud Robotics Platform would be released in 2019. This platform is expected to provide an ecosystem of collaborative robots running on Google’s AI and algorithms for machine learning.