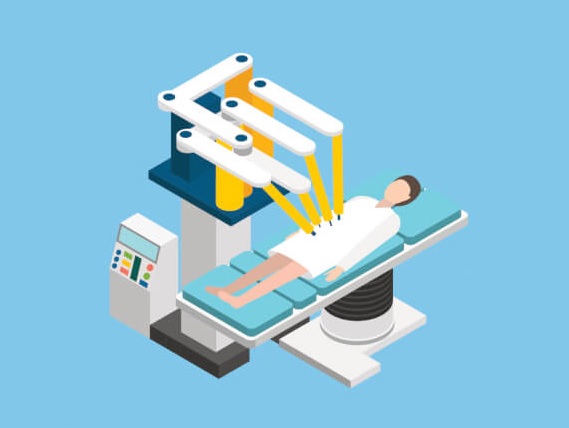 Healthcare robotics are making exciting progress, and it has an incredible ability to bring physical change to the world. But it is essential to carefully consider some of the key challenges inherent in healthcare robotics. Particularly, when it comes to the safety and well-being of individuals, who may be vulnerable to harm due to their disability, disorder, injury, or disease. Concerning the use of healthcare robots, stakeholders face five significant challenges.

To control robots with multiple degrees of freedom, such as wearable prostheses or wheelchair-mounted arms, a high level of cognitive function is required. However, some people who need such robots often have co-morbidities that can cause another exhausting process to take control. It is likely that robots that are hard to use will be abandoned.

A 2010 study reported that as many as 75 percents of robots for hand rehabilitation was never actually tested with end-users, making them unusable and abandoned in practice. One of the main challenges is that clinicians often have low levels of technology literacy, even those in their disciplines who are well-educated and accomplished. Therefore, if they find a robot unusable, their likelihood of successfully training a direct robot user or caregiver to use the robot is significantly reduced. There are several ways this issue can be addressed. One approach is to reduce the complexity of the robot by robot manufacturers. Functional simplicity in the design of therapeutic robots can result in robots that are easier for all primary stakeholders to use, control, and maintain.

Another critical barrier to healthcare robot adoption is its acceptance. They immediately call attention to their disability, disorder, or disease when people use a robot in public. Users are already faced with significant societal stigma, so they often avoid using anything that advertises their differences further, even if it provides a health benefit. Experts argue that robot manufacturers should use a “design for social acceptance” approach in addition to functional accessibility that goes beyond purely functional designs that may look awkward and clunky.

In dealing with robots, security and reliability are incredibly important. It is even more critical for users who can rely extensively on robots to help them perform physical or cognitive tasks and who may not be able to recover as efficiently as non-users from robot failures. A good amount of work has been done on safe human-robot physical interaction, especially with regard to enhancing collision avoidance, passive compliance control methods, and new soft robotics advances to facilitate gentle communication. But, little has been done on safe cognitive human-robot interaction.

People with cognitive impairment and children are especially prone to deceiving robots. In the robotics community, this is an essential and under-explored issue. One way to help bridge the security gap to ensure transparency in the way decisions are made by a robot and to maintain the privacy and dignity of users. Robot manufacturers should also use in-depth testing and training schemes to allow users, caregivers, and clinicians to explore the capabilities fully. It can help prevent people either relying too heavily on the robot or relying too little on it and help to foster confidence.

In recent years, robotics has seen incredible gains in capacity, but many demonstrations have failed beyond highly restricted situations. When designing healthcare technology, this is particularly problematic: most problems are open-ended, and there is no “one-size-fits-all” solution. Each person, task, and care setting is different, requiring robots to be able to learn and adapt on the fly robustly.

Real-world, real-time, robust perception in human environments is another major challenge in robotics. Computer vision has seen progress in still image resolution, fixed camera recognition issues, but these algorithms perform poorly when both cameras and people move, data is lost, sensors are occluded, or the environment is cluttered. In human social settings, these situations are highly likely, and in these settings, feeling, responding to, and learning from end-users is an open challenge.

They were claimed as a means of saving time for clinicians and patients when electronic health records (EHRs) were first used in hospitals. Because EHR systems were so poorly designed, hard to use, and poorly integrated into existing, however, they ended up creating much more non-value-added work. This led to “unintended consequences,” including higher costs and harm to the patient. Therefore, it is essential to consider their cost-effectiveness beyond the cost of buying, maintaining, and training when robots are introduced in healthcare. The Agency for Healthcare Research and Quality (AHRQ) has created a guide to reduce unintended consequences for EHRs, and the same approach can be used for robots.