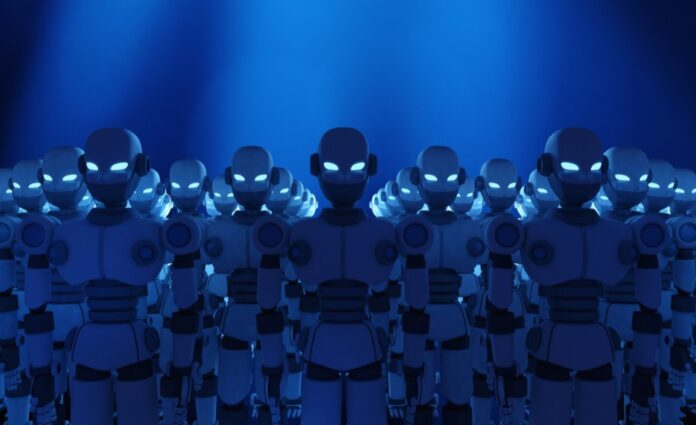 With the advent of artificial intelligence like technologies Brain Computer Interface (BCI) which allows you to control computers just with thought, it may seem like we are entering a new era. But how are humans reacting to this new development? Are they excited about it, or do they see the danger behind it?

Artificial Intelligence will take over human jobs and become better at them than us within the next few decades. Essentially, we will not need to work to survive anymore (economically), but still have the drive for more meaningful pursuits (artistic).

Plus, there will be other complicated issues arising from AI, such as unemployment due to the possibility of replacing existing jobs with robots and computers, which can perform those tasks far cheaper, faster, and more efficiently than a human worker. The displacement of workers from better and more efficient means of doing things “happens all the time and it’s not all bad.”

The benefits are evident in many industries; for example, automated ticket machines have replaced human ticket sellers reducing queues at stations. However, some people argue that this free-flow-of-labor creates problems with unemployment rates as well as cultural changes to societies.

People may no longer strive to work hard because they know that they aren’t really benefiting themselves or their family financially but still have to contribute something to society. This would result in less incentive for people to work while maintaining technological advances amid growing automation.

This may sound like a nightmare for some, while others may call it an opportunity. People with creative abilities and skills are likely to benefit from this because they can use their abilities in order to innovate new things that will make our lives easier. They can create jobs that humans are uniquely qualified to perform rather than competing against computers or robots that have a better edge at performing menial tasks.

An example of how technology has taken over human jobs in the news industry. There are now tools such as automated news writing software where machines rather than humans can write stories, articles, and even full newspapers. This could lead to many professionals losing their jobs, but there will also be opportunities for those who know how to use these tools to create better and more engaging stories.

As we’ve seen, with the development of artificial intelligence, there will be problems created but also opportunities that can arise if you are willing to take a chance at using it. Though machines can do only a certain percentage of work, humans have what it takes to outperform these tools by thinking out-of-the-box while being passionate about their work.

Technically, a computer doesn’t know how to write an article without being told precisely what to do. Moreover, when it comes to writing original articles, computers fall short because they lack the creativity and imagination needed to produce interesting content for an audience; therefore, this task would most be left upon human writers who have the skills to do so.

The AIR advancement has led to the advent of some of the most powerful tools in history which will require humans to think deeply about where this technology is heading and how it should be used for the betterment of society rather than destruction. With all that being said, we know that there will always be those who fear change, even if it means a better future for everyone, including themselves.

Even though some may argue that artificial intelligence can lead us into a new age whereby machines are more intelligent than human beings, there are chances that this could never happen. As human beings, our survival instincts would cause us to use every means possible in order to stay ahead of these machines and continue our existence on earth.

Is AI a danger to humanity?

There are people who fear artificial intelligence and even see it as a danger to mankind, considering that if machines are more intelligent than humans, they can take over our lives and rule the world.

For example, Stephen Hawking said, “the development of full-blown artificial intelligence could spell the end of the humanity.” He explained: “It would take off on its own, and re-design itself at an ever increasing rate. Human beings, who are only limited by slow biological evolution, couldn’t compete and would be superseded.”

Nonetheless, other scientists who don’t share this view believe that we should welcome artificial intelligence with open arms. We shouldn’t assume the fact that there had been many times throughout history when society has developed something that later became “real dangers,” such as electricity, cars, and atomic bombs.

But typically we managed to develop these technologies into being helpful rather than harmful. Therefore, one can conclude that AI will also be developed with the capability of solving problems and making people’s lives easier.

However, if we are not careful in how we design artificial intelligence systems, they could one day become an apocalyptic threat. Ideally, machines may one day have enough intelligence to outsmart humans. Therefore, it would be best for humans to think deeply about this now so there can be something formally established which controls AI behavior when it eventually becomes a problem or even a threat in our lives.

Stephen Hawking also said that the development of artificial intelligence doesn’t have to be entirely bad; it can help some of us live longer and allow us time to explore space more. “AI would be the ultimate version of human intelligence,” he said.

Ideally, we’re in constant competition with computers each new day. It doesn’t really matter whether it’s when we play chess or other games, or prove mathematical theorems. So what’s the point of fearing a rival who has no emotional or physical needs? We should not stop making progress though; while super-intelligent AI may not be a threat to our existence, there is a real possibility of it spelling bad news for society if we don’t deal with these challenges.

The benefits that AI brings

There are bucket loads of benefits that come with AI. If you are an AI enthusiast, here are some of the benefits you can basically expect from Artificial Intelligence.

The risks we might have to brace ourselves for

Artificial Intelligence is an opportunity for the future because technology won’t necessarily lead us into an apocalypse if we get rid of all the bad things it can do. The good in technology will always outweigh the bad, which means there are plenty of ways to make this work in our favor. 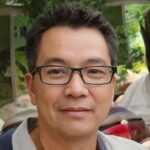 Aziz Nicleson is a professional mini-tennis player, essay writer, journalist and novelist. He has been published in Shop&Buy magazine for 6 years and some of his best pieces have also been featured on EssayMama! Aziz also manages an Australian Essay writing service where he oversees the entire content production process.