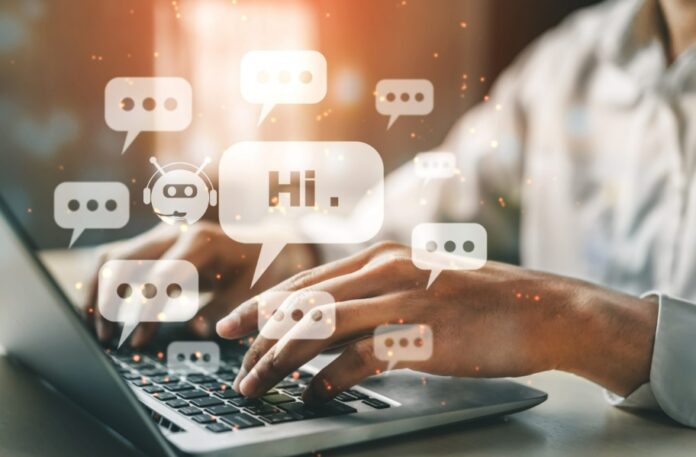 One area where AI has a major impact is in the field of speech recognition. Thanks to AI, speech recognition technology is becoming more and more accurate, making it possible for us to interact with our devices and machines more naturally.

In the past, speech recognition technology was often quite inaccurate, often misunderstanding words or misinterpreting accents. However, this is now changing. AI is making it possible for speech recognition systems to better understand the nuances of human speech, making them more accurate and reliable.

What is Conversational AI?

In simple words, conversational AI is computers trying to replicate how humans communicate and interact.

Imagine being able to capture key pieces of information from sentences and then framing your answers accordingly. This is what makes it different from traditional automated replies.

The Technology Behind Conversational AI

The phenomenon behind the algorithm is known as natural language processing (NLP).

NLP is a field of computer science and artificial intelligence that deals with the interactions between computers and human (natural) languages, particularly how to program computers to process and analyze large amounts of natural language data.

One of the most important tasks in NLP is text classification or audio to text, which will ultimately help understand different speech parts.

Text classification is the task of assigning a label to a piece of text, such as “spam” or “not spam,” “positive” or “negative,” etc.

The word2vec model is another popular approach for text classification. It is a neural network trained on a large corpus of text that generates a vector space of words, where a vector represents each word.

Once the models are trained, they can be used to classify new pieces of text. The best approach to classify any particular word will depend on the specifics of the data and the task.

The Prospects of Conversational AI in Speech Recognition

There are several different applications for speech recognition technology:

Most companies have team meetings that need to be recorded. At corporate meetings, it is usually a norm for a person records the minutes of the meeting.

With AI’s speech recognition capabilities, it can now be tracked what each speaker is saying, and there is also the possibility of collaborating. To understand presentations in meetings more clearly, companies automatically generate subtitles with Happy Scribe’s generator.

Employees working in corporations that have AI technology can also cherry-pick certain parts of the meetings.

For instance, a person from the strategy team missed the meeting and could potentially say, “I want to hear the discussion on the business plan.” The AI would respond by extracting the conversation where the words “business plan” or semantically related keywords occur.

As a result, this would be a huge time saver as it would take hours to go through an entire meeting recording to find the relevant parts.

One of the most exciting prospects for speech recognition technology is its potential to revolutionize human-computer interaction.

A few years back, when Siri was first introduced, there were many reports of the assistant giving incorrect answers to questions or not being able to understand natural language.

As time progressed, voice-activated assistants such as Siri, Alexa, and Google Assistant started performing tasks with close-ended questions such as “What is the weather forecast today?” or simple instructions like “Make a call to my mom” pretty easily.

However, the technology to hold a conversation or give answers requiring critical thinking continues to evolve.

For instance, you no longer need to open your calendar and type in the date and time for scheduling a meeting. You can simply ask your assistant to book a meeting for next Tuesday at 10 am. Also, if you want more details about an upcoming event, you can ask follow-up questions such as “Who is coming?” or “What is the agenda?”.

You can also use virtual assistants for tasks that need to be completed regularly, such as adding an event to your calendar every week or ordering groceries from the same store.

However, even now, voice-activated assistants sometimes have difficulty understanding accents or dialects. Conversational AI in speech recognition still has a long way to go before it can be fully developed.

Conversational AI means highly accurate speech recognition, which is also important for voice biometrics – the process of using someone’s voice to verify their identity. This technology is commonly used for security purposes, such as unlocking a device or accessing a building.

Other use cases of this technology include using your voice to initiate a financial transaction which could help reduce fraud because it would be more difficult for someone to impersonate you if they did not have your voice.

Similarly, voice biometrics could be used to start an important meeting. Unless the organizer or meeting host speaks the correct passphrase, the meeting will not start. This would be useful in preventing uninvited guests from joining a meeting or presentation.

In addition, voice biometrics can recognize a client’s voice that is special to the company. At such an instant, AI can recognize the caller’s voice and pass on the call to a high-ranking person or the representative of that particular client.

4. Carrying Out A Company’s Internal Tasks

A company’s human resource team members often have to perform repetitive tasks. The initial HR screening interview for prospects with a fixed set of questions can be done using AI. In this manner, the interview process would be standardized, and it would also be easier to compare candidates.

Conversational AI can also be used for employee onboarding. In addition to having a human carry out the onboarding, the process can be more engaging by adding a chatbot that can answer any employee’s questions. The goal is to make the process as smooth as possible so that the employee can start being productive as soon as possible.

Training employees also normally have a fixed format that an AI program can follow. Employees may be more comfortable asking questions to the AI during their training which would help with retention rates as they would be getting clarification on areas they are struggling with.

Conversational AI is still in its early stages, but it has great potential to revolutionize how we interact with computers. It helps in enhancing customer experience much better than conventional chatbots, and the potential applications are immense because virtual assistants now can be more conversational.

AI is improving every day, and we may soon be able to interact with our computers and other devices in a completely natural way, using our voices to issue commands and get information. This way, computers, and other devices can become much more efficient and intuitive.

It would also open up a new world of possibilities, such as using speech recognition in more complex systems that can be used in call centers or for medical transcription.