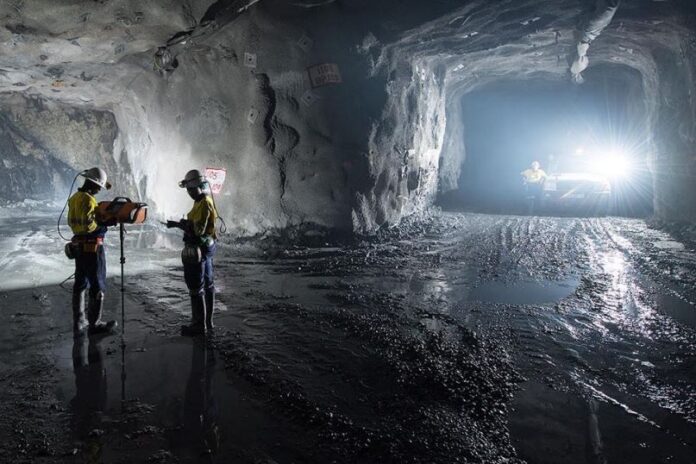 Generally, underground mines are located in vast and remote mountainous areas, making it extremely challenging and requiring extensive manpower to monitor mine operations and associated infrastructures.

Collecting geotechnical data from these difficult or impossible to access regions, and mapping engineering geology or characterization of the site, and measuring atmospheric parameters and gas concentration are always a challenge for miners, using traditional methods that are time and cost consuming.

Today’s drones, equipped with different types of sensors, come in handy for miners to safely accomplish most of the hazardous tasks in underground mines such as monitoring, surveying, mapping of the environment, and explosive and package delivery, leading to better assessment, strategic planning, coordination, management, and compliance.

Despite significant advancements in drone technology and numerous potential applications in underground mines, the use of drones has been limited due to several challenges like GPS-denied environments, confined spaces, lack of wireless signal, the concentration of dust and gases, and generally harsh environments.

This post will highlight some of the common challenges and potential solutions for using drone technology in underground mines.

To solve this, the drones should be built collision tolerant. Besides, the drone should be capable of detecting and avoiding obstacles during its flight. It should also tolerate harsh underground mine environments and fly in heavy dust and smoke. It should be waterproof, dustproof, shockproof, and should resist pressure, temperature, and humidity changes throughout the mine site. At a minimum, the drone should have fully autonomous navigation in a completely GPS-denied environment with no lighting other than what is provided by the drone.

There is a need for a seamless radio signal connection between the drone and the remote controller to fly the drone. Due to the presence of obstacles and an environment that continually absorbs the signal’s energy, signal propagation has become a significant challenge of using drones in underground mines. If a drone flies far in the underground, it will lose its signal, and consequently, it cannot return to the deployment point. Since the underground mine sites are continually expanding, the coverage area of communication increases as the operation continues, which creates a challenge for a drone to cover the entire mine during regular working operations and emergencies.

To solve this, a transmission system should be integrated with the drone. This can allow the drone to fly far away into the down curved, underground passages and tunnels without losing the signal. It should also send a constant video stream of what the drone camera is recording.

The battery life is another limiting factor since it can limit the flying time. In many circumstances, battery replacement is required to extend the flying time. The weather situation in underground mines also can affect battery life. Typically, drones run on battery and consume the energy for hovering, wireless connection, data, and image processing. Additionally, humidity or water leakage damage the drones’ electronic components and interfere with the communication between the drone and its controller. Some drones employ hybrid power systems (i.e., batteries plus combustion engine) to perform longer-duration missions. Due to the power restrictions, a decision needs to be made on whether data and image analysis should be performed onboard in real-time or offline to reduce energy consumption. Due to the presence of methane and potential explosion/fire hazards, the battery and the electronic sensors must be insulated.

As mentioned, there are many challenges in using drones in underground environments. To address all of these challenges, there is a need to design an optimized drone — ideally a rotary-wing drone (similar to helicopters) with hovering capability and high maneuverability in every direction, horizontally, vertically.