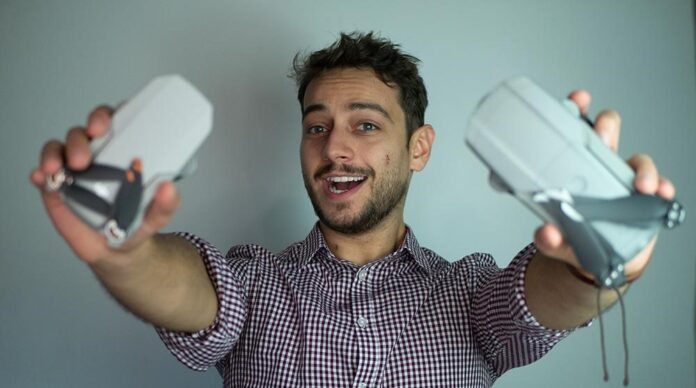 As a regular pilot and drone reviewer I’ve flown enough drones to make an idea about what are the most important tips people need to know before starting to fly or even buy their camera drone.

So here are 13 of my top things you should know:

1. Know the terms and types of drones out there

If you’re a beginner, you might want to first get a clue about what types of drones are there and terminology.

Even if we are to exclude things like FPV racing drones and industrial drones and stick to a basic camera drone whose main purpose is just to take pretty pictures, there’s still a lot to choose from. 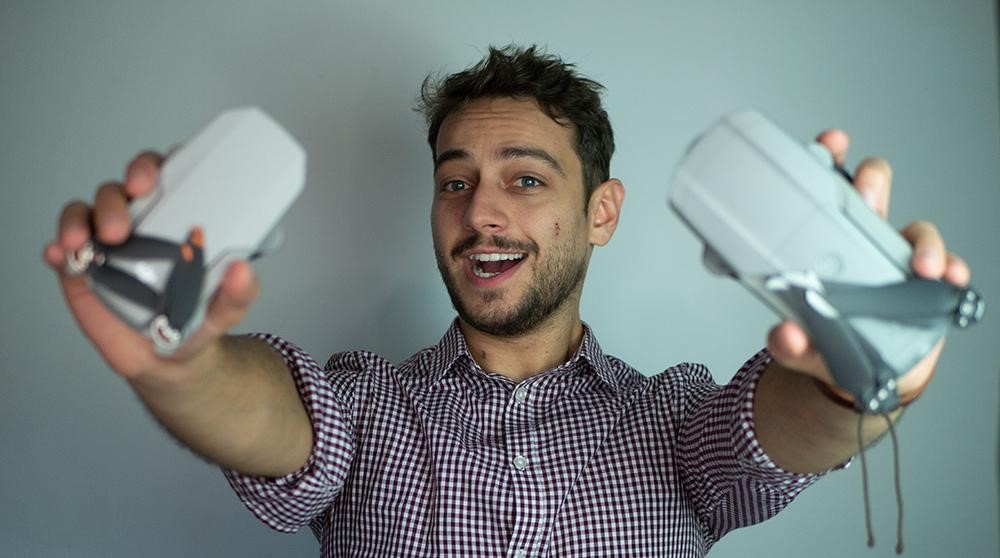 I consider Beginner Camera drones to be somewhat the next step from toy drones, I would look for a price range with drones under $200 and choose one that comes with GPS and a gimbal stabilized camera.

Advanced camera drones range from $300 to $600 and can shoot very professional looking video while still being very small and portable. An example of this would be the DJI Mini 2 which is under 250 grams yet records in 4k, can fly up to 10 km and has Image stabilization.

Professional camera drones are just that, oriented towards people who make money out of it and need the best in the business. The prices for such drones has dramatically decreased since drones like the DJI Mavic Air 2 have pretty much all you can need in terms of sensors, portability, image quality and battery life. You can go even above this, getting an Inspire 2 for example, but if you don’t shoot cinema-grade movies, it’s certainly an overkill.

2. At least make sure to read your country drone regulation

Before you fly, you definitely need to check the regulations in your country, countries like the United States have their own rules, but recently entire continents have started to unify these laws. For example, the European Union has released in 2021 a new set of regulations that will be applied in all of its states.

3. Don’t worry so much about the drone range 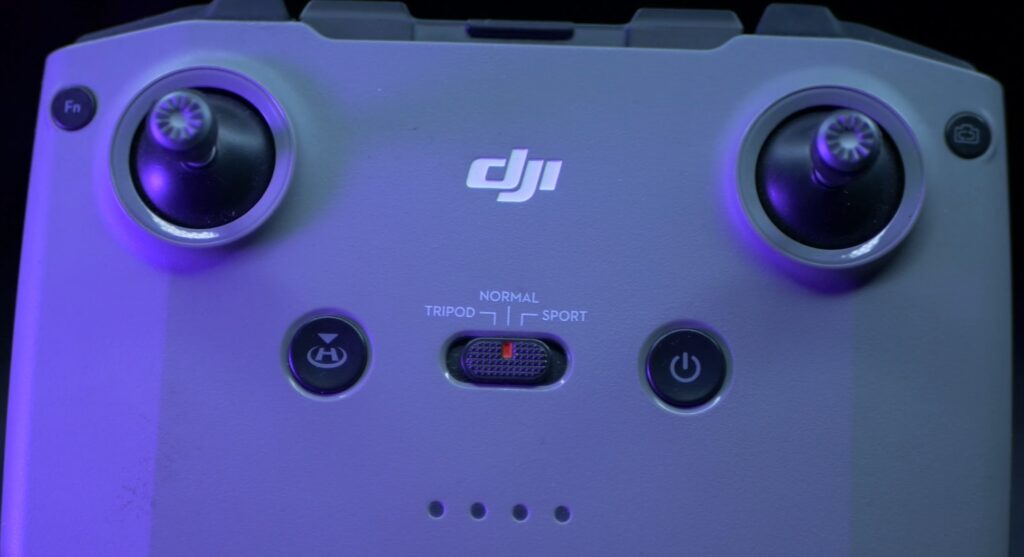 Speaking about drone regulation, just so you know, sometimes it’s pointless to look for the longest range drones, since most regulation only allows flying as far as your naked eye can see.

Most drones today can fly well over 1km and up to 10km.

A frequent question I get from my readers on Dronesgator.com is which is the cheapest drone with 4k resolution, and I always try to explain that resolution isn’t everything.

You may find cheap $100 chinese drones bragging they have 4k image, but in the end the sensor quality is shit and if it doesn’t even have image stabilization, there’s nothing you can get out of it. The DJI Spark was a 1080p drone that recorded amazing footage, way better than even some 4k drones out there.

5. Image stabilization – the most important spec I can think of

I actually consider Image stabilization to be the most important trait you should look for in a camera drone. Without a stable image there’s nothing really usable in your footage and it will just make people dizzy.

Cameras can be stabilized in the air either by a 2 or 3 axis gimbal (which has motors) or by electronic image stabilization.I always prioritize 3 axis gimbals over everything else.

Another important differentiating factor between toy drones and more serious camera drones is the quality of the motors. Usually drones under $100 tend to have brushed motors, which are cheaper, but way less durable and not as powerful. 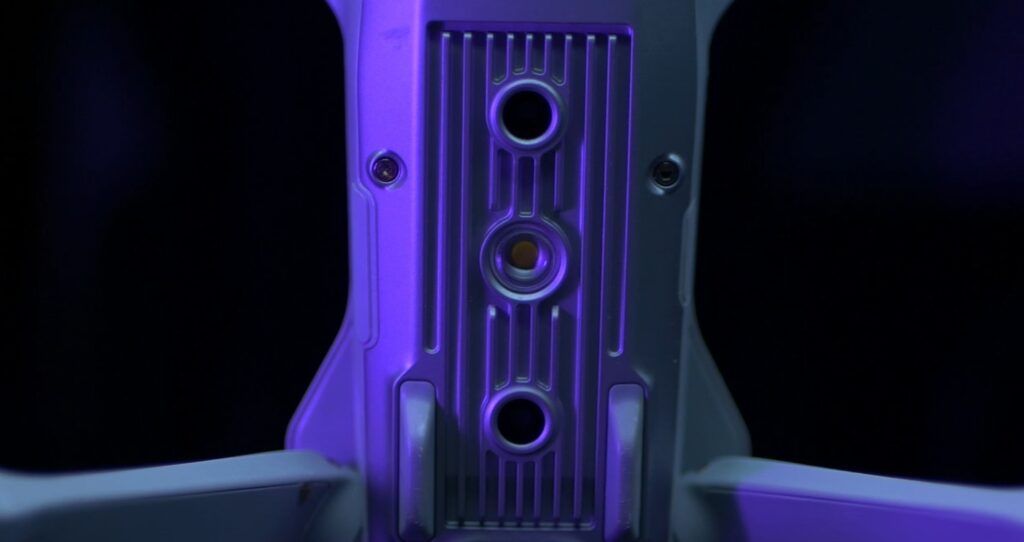 Drone sensors are a recent tech upgrade quadcopters got, mainly thanks to DJI, who introduced these in all of their drones. They are tiny cameras that can help you land better or avoid obstacles. Not needed for a camera drone, but could definitely be useful to fly safer.

8. Should you care about GPS return home?

There’s no doubt that you can’t even find a serious camera drone without GPS these days and for a good reason.  Having GPS allows you to return the drone to the initial position automatically. Just make sure there are no obstacles when it returns, and set its return height to something over the obstacles, as they all return in a straight path.

With GPS there also come many flight modes, like return to home, waypoints and planned flight. However, modern drones also have complex flight modes that use sensors and image processing to precisely follow subjects and pretty much do certain flight behaviours like circle around or side-follow by the press of a button.

One advice I always give when people ask me about the best accessory they can buy it get more batteries. If you only have one or even 2 batteries you might find yourself lacking in the most important moments, even though todays drones can fly for up to 30 minutes.

If you’re living in a colder country, I strongly suggest, from my own experience to simply have a pair of gloves to help with your drone in winter time. I personally got some photography drones that have removable thumbs and keep me warm as well as precise at the same time. Don’t underestimate how much worse you can fly if your hands are cold!

12. Learning how to pilot one(before crashing your expensive mavic)

Many people don’t want to properly learn how to fly a drone and jump straight into very expensive drones without any knowledge beforehand. I suggest you buy a very cheap $20 drone and try to fly it around the house to get the hang of controls before your first flight with a more expensive one.

Considering the new regulation everywhere is very centered around how much a drone weighs, there’s no wonder drone manufacturers have started to release more lightweight drones recently. But don’t think they can’t be up to the job, a drone like a DJI Mavic can do everything a Phantom 4 can for example and be waaaay less of a burden. Nowadays even drones in the lightweight category can withstand very strong winds of up to 50km/h.

If you read this article you’re already ahead of 80% of people, but I suggest you also respect some of these maxims and make sure to fly responsibly and safe.