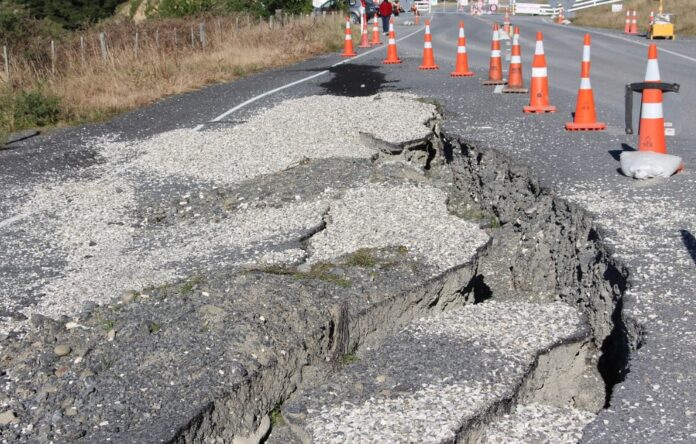 Road repair robots are on the rise in the construction industry, but they still have some key obstacles to overcome. They are at the intersection of autonomous vehicles and construction robotics, and they have enormous potential. They could fill construction labor shortages worldwide, improve road quality and safety, and reduce the cost and time required for effective road maintenance.

Numerous approaches are developing to bring this technology mainstream, from 3D printing to automated bricklaying. While road repair robots still need more R&D, it may not be long before they’re everywhere.

The Need for Road Repair Robots

Robots specifically designed for road maintenance may seem novel to those outside the construction and robotics industries. After all, it’s hard to find any major highway in the U.S. that doesn’t have road work on it on any given day. However, it’s an extremely time and money-intensive process.

Construction workers face the dangers of high-speed traffic daily, and the labor shortage complicates things. The industry was estimated to be short as many as 2.2 million workers by 2021. This deficit delays already lengthy road construction and maintenance even more. Meanwhile, drivers face potholes, cracks, and other road damage accidents.

Road repair robots are uniquely positioned to address this growing problem. Automation has already proven effective in other industries, so there is data-backed evidence of the need for robotics and automation in road construction. This technology could be particularly useful in areas still in need of reliable roads or more remote areas with fewer workers available. Automation also means robots could potentially reduce the need for major work by repairing small fractures before they become huge potholes or other hazards.

The State of Autonomous Vehicle Technology

Road repair robots are, in many ways, a central part of the autonomous vehicle movement. Some models are not self-driving, but the future of the technology is headed decisively toward full autonomy. Machines that repair roads with minimal supervision could operate around the clock and maximize efficiency and road safety.

Today’s autonomous vehicle technology is primarily hampered by the inability to predict things. It is easy to train an AI algorithm to understand road laws, but understanding seemingly random human behavior is harder. As a result, autonomous vehicle development has stalled somewhat over recent years while researchers grapple with this issue.

Consumer AVs may not be hitting roads anytime soon, but the same cannot be said for construction vehicles. Construction sites are often easier for autonomous robots to navigate because they are much more controlled spaces than busy roads are. An AV taxi would have to watch out for many other cars, bicyclists, and pedestrians, from children to people rushing to their jobs. There are fewer unpredictable variables on a construction site, and the work is more repetitive. These predictable tasks are already driving a surge in construction robotics development and adoption.

It’s no wonder that there are already startups developing AVs and autonomous robots for construction sites. Machines like these will be in high demand due to the labor shortage if the technology can be ironed out. Road repair robots are particularly likely to be among the earliest mainstream autonomous vehicles in construction. The roads they would operate on would typically be closed off from traffic for repairs, and there would be very few people around for the robot to watch out for. All that’s needed is the right combination of compact computing and paving technology.

It may not be long before robots repair roads worldwide daily. The technology is much further advanced than many other AV and autonomous robotics technology niches. The simpler task uniquely positions robots for road repair among emerging construction innovations. Several major strides have been made to make this a reality in recent years.

The first step toward widespread robot road repair is an effective 3D printing system. The nature of asphalt makes this particularly complicated, mainly due to behavior in its liquid state. Storing and extruding liquid asphalt in 3D printer tests result in uneven flow from the extruder, which is unacceptable for consistent quality.

Luckily, British researchers invented the world’s first asphalt 3D printer. The printer uses a stepper motor, hopper, and heated extruder to convert solid asphalt pellets into liquid. The pellets are melted right before exiting the printer, resulting in a more consistent flow. Interestingly, the researchers found that their 3D printed asphalt was noticeably more ductile than cast. It could theoretically be more durable, resulting in lower maintenance roads.

Asphalt 3D printing must be mobile to be useful in construction and road repair. Startup Addibots is tackling this challenge. The company, founded by a mechanical engineer and Harvard graduate, puts the previously mentioned asphalt 3D printing technology into a compact, mobile robot. At least, that’s the plan. Addibots successfully developed a prototype of the robot that could resurface the ice, and it’s adapting the technology to work with asphalt instead.

This may seem like a small step forward, but it’s important. There is so much potential for robot road repair to do good worldwide that every advancement is a major achievement. The Addibot is small and maneuverable, so it could be used to pave and repair more cramped or complex areas. For example, many businesses and organizations must have specially designed sidewalk features for people with disabilities. Small, agile paving robots are perfect for this. Widespread robot road repair requires a range of machine sizes.

Going a step further than the Addibot, a team of researchers at the University of Liverpool has invented the Autonomous Road Repair System or ARRES. This robot uses AI to detect and fill potholes and road cracks autonomously. ARRES is still in development but may be ready to hit roads around the U.K. by the end of the decade.

ARRES is one of the most exciting advancements in robot road repair tech so far. The application of AI for detecting and properly analyzing road fractures is revolutionary. ARRES is poised to be the first autonomous robot to go commercially mainstream with AI road repair tech.

The Nanjing-Shanghai Expressway was resurfaced by a fleet of autonomous vehicles in 2021, a groundbreaking step for robot road repair technology. The Nanjing-Shanghai Expressway is the busiest road in China, so this is a prestigious project for robot road repair. The robot fleet included ten road rollers and a pair of pavers. A satellite station was used to coordinate positioning.

The construction team that operated the robots found they could apply an even asphalt layer with incredible precision and consistency. This means robots repair roads, if not better than human-operated equipment. The fleet that resurfaced a stretch of the Nanjing-Shanghai Expressway also passed the usual work quality requirements.

Could robots repair roads everywhere soon? Not necessarily. The projects mentioned above are huge strides in the right direction, but there’s still work before this technology takes off.

The AI behind these robots needs to be developed further to be effective. A fully autonomous road repair robot must correctly identify fractures and measure them to properly extrude and place asphalt patches. This is possible with today’s AI technology, but it needs to be streamlined and customized for road repair specifically. Computer vision and machine learning are important parts of this development.

Beyond the AI side of things, road repair robot hardware still needs more R&D. The team that resurfaced the Nanjing-Shanghai Expressway essentially used robot versions of existing road work equipment. Smaller robots will be required to rove through public roads and repair potholes and cracks without causing disruption. They would rely on compact and efficient asphalt 3D printing technology, which is still in its infancy.

How Soon Will Robots Repair Roads?

We may commonly see robots repair roads by 2030. Innovation and progress have been steady over the last several years. Robots like those in China will likely become popular first and become commonplace by 2025. However, smaller 3D printing road repair robots will take longer to refine and commercialize and probably won’t hit public roads until the second half of the 2020s.

Luckily, many talented, smart teams of researchers worldwide are working on this technology, so it won’t be long before robots take to the streets.

Emily Newton is the Editor-in-Chief at Revolutionized Magazine. She regularly covers topics on robotics and automation and trends in the industrial sector.