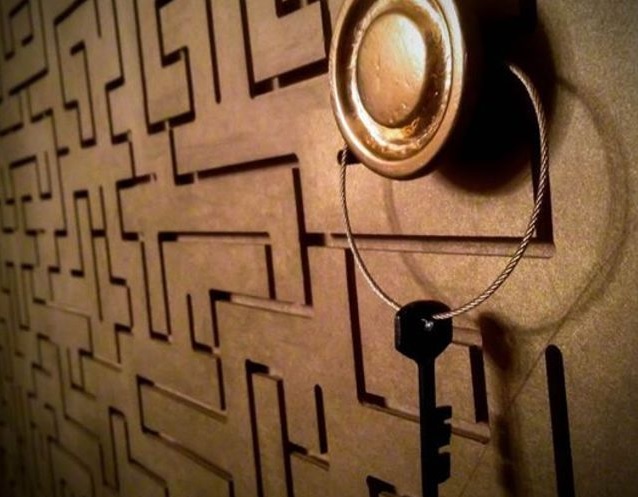 The world has changed so much in the last few decades that life has become simpler on this planet. The credit goes to significant breakthroughs in technology. Everything from communication to commuting has undergone radical changes with the help of technology.

To keep up with this technological development, amusement parks and other gaming centers have also started using the ever-growing technology. It has helped them not only to stay relevant but also to enhance the overall feel of the game.

An example of this is the Escape rooms. Escape Rooms are a time-based game where the players need to work as a team to solve a mystery and escape. These games have now started making use of technology in so many ways. Due to this, the escape game has become a lot more amusing. The game even feels a lot more authentic as well. If you want to know how technology did that, keep on reading!

The most apparent use of technology in escape rooms is the use of surveillance cameras. Cameras serve a dual purpose in escape rooms. Firstly, they are used to track the actions of the escape players. If the players need a hint, they can look into the camera and ask for it from the game-master. The game-master is not required to stay in the room to assist the players due to the surveillance camera. Secondly, the cameras reduce the possibility of any potential mishap. If the game-master sees anything that can endanger the players’ lives, such as fire, they immediately unlock the doors and save them!

As we all know, light is the form of energy that enables us to see. But, in an escape room, it does a lot more than that. Lights can hide or reveal the clues, and it can illuminate or highlight something of importance! Also, the color of the lighting plays a significant role as well. Dim-lit rooms or rooms having red lights instantly add a spine-chilling vibe to the game! Whereas white or neon lights are ideal for sci-fi games. In some escape rooms, hidden written-clues can only be seen if kept under a UV light. Lighting makes a significant impact on escapology because it directly impacts the psyche of the player. Therefore, the correct lighting aids in the feel enhancement!

Along with the light effects, sound effects also play a significant role in escape room games. Some clues in the round are given in the audio mode by hidden speakers. It makes the game even more immersive.

In rooms with a horror-theme, a witch’s laugh or a scary noise will make the players freak out a bit and make the game feel more authentic. Audio cues also have an impact on the minds of the players. A game room becomes much more engaging if it has the appropriate sound effects!

The major component of an escape room is the quizzes and puzzles. They need to be immersive because they form a significant part of the whole experience. If the puzzles and quizzes can mesmerize the players, then the entire game experience will become extraordinary. The conventional form of puzzles included riddles, math problems, pattern recognition, and clue deciphering. Since the advancement of technology, the mysteries have also upgraded. Now, along with the traditional forms, escape rooms also have puzzles like electronic labyrinths, touch screen code locks on tablets, interactive devices that speak out clues, and UV mazes.

Imagine cracking a riddle, and as soon as you decode it, a door opens! Wouldn’t that make you feel like a mastermind or, even better, a magician! It is done with the help of automated gates. Either these doors have a sensor-activated lock, or they are operated using the game’s control system. In the second case, when the players complete a set of tasks, the game master opens the door with a button based on the bar magnet technology. These doors create a sense of excitement among the players as they open unexpectedly by themselves.

Locks are the critical component of an escape room. It is because the primary goal of an escape room is to unlock a door and exit! Locks can be opened with a key or a passcode, manually or automatically.

Escape rooms have been using conventional padlock since their start. These locks may still be ideal for the escape rooms set in households, except that the other escape rooms’ different themes do not use padlocks. Escape room designers have started making use of the tech-based locks. These tech-based locks include combination locks, digit-locks, and sensor-activated locks as well. These locks add an extra thrill to the game and make it more immersive.

Props are the heart and the soul of the escape room game. The room’s braces are responsible for making the game’s setting and the game-play as genuine as possible. Since the advancement of technology, the props are also becoming more advanced and futuristic. Now, escape rooms offer working TV sets, tiny robots that can talk and do a few actions, and so much more. Also, some escape rooms have leveled up their game by using the technology of holograms. All in all, these tiny knick-knacks can make a big difference in the overall game feels as they set the environment right for fun!

Charlotte Lin is a content creator at escaperoom.com. She’s a passionate young woman, mother to a fantastic nine-year-old, and an avid reader. Over the years, writing has helped her explore and understand the world and her own self. She loves to travel, meet new people, and spend quality time with her daughter.