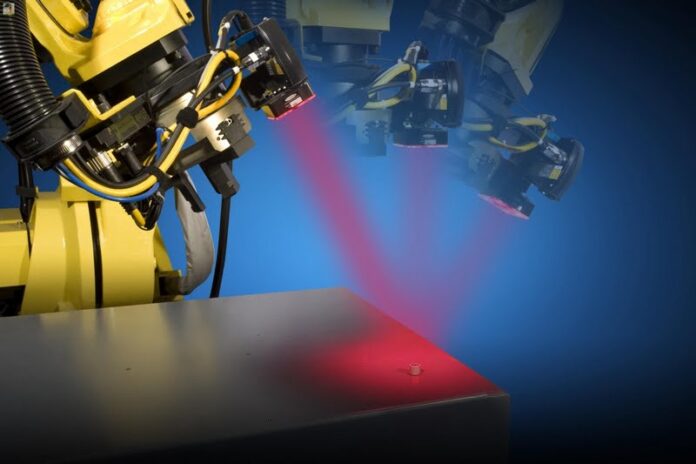 A revolution is taking place in robotics, and it’s just getting started. The revolution is driven by 3D vision, which is exponentially increasing innovation in the robotics space and opening up new product possibilities across multiple sectors, including manufacturing, security, augmented reality, and logistics applications. That’s because 3D vision introduces unparalleled flexibility into robotics.

Industrial robots have been around for decades, and many early versions did not integrate cameras into the robot at all. Despite that limitation, robots without external sensors were able to successfully take on repetitive industrial tasks, like the spot-welding robots that were deployed on GM assembly lines back in the 1960s. That innovation saved businesses time and money.

Integrating 2D cameras greatly expanded the role of robots in industrial environments, offering further opportunities to save time and money. For example, they’ve been used for visual inspections in a broad range of manufacturing settings, including on automotive assembly lines, for years. But robots equipped with 2D cameras also encountered limitations, such as the robot’s lack of depth perception.

Some manufacturers overcame this limitation for tasks like visual inspections by adding sensors and additional processes. To cite one example, manufacturers use 2D cameras that can detect shapes to conduct a visual inspection for screw hole placement and consistency. But since the camera can’t detect height or depth, the factory has to add an additional probe to complete the inspection. That adds time and cost to the process.

Another important point to keep in mind: 3D systems generate much richer data in multiple directions, so robots equipped with 3D vision are able to perform much more complex tasks, including those that involve a variety of object shapes and orientations. A 3D vision system can help robots avoid errors that occur due to miscalculation of object location and orientation.

For example, “pick and place” applications are a popular use case for robots with 3D vision systems. Robots without vision sensors can pick up objects in one place and move them to another, but the work environment has to be extremely organized so that the object is always in the same place for the robot to pick up. 2D cameras lack the depth perception needed to distinguish an object from its surroundings, so using robots with 2D vision systems for picking up and placing objects requires additional sensors.

A robot with 3D vision can recognize shapes and orientation in context, so it can pick up an object and accurately place it. Robots that “see” in 3D are adept at perceiving, retrieving and handling three-dimensional objects, mastering a task that’s easy for humans but was beyond robots’ capabilities until relatively recently. This makes robots with 3D vision ideal for applications that involve variations. It may sound simple, but it is truly revolutionary.

In robots equipped 2D vision, the camera basically functions as a sensor. Robots with 3D cameras have an optical system, which is much more than a simple sensor upgrade. They provide highly accurate data and are capable of complex interfaces. Given their higher-level capabilities, robots with 3D vision systems are performing a greater variety of complex tasks.

Another company, Magazino, makes advanced robots that enhance warehouse and factory operations. The company’s picking robot has sensors and a 3D vision system that allow it to perceive its environment and react to changes. The company also makes an industrial product supply robot that uses sensors and 3D vision to perceive surroundings and react intelligently as it delivers supplies.

The road ahead for 3D Vision systems

Industries that adopt robots with 3D vision save time and money by simplifying and/or eliminating processes that used to be performed manually or by using a combination of 2D cameras and additional sensors or probes. With 3D vision systems, companies can reduce hardware costs over the lifecycle of the machine, and since 3D vision systems have more advanced integration capabilities, user interactions are simplified, which provides a better experience for workers.

Companies that use robots with 3D vision also benefit from much richer data. In the years ahead, look for 3D cameras to add 3D information to 2D cameras and replace sensors. Over the next decade, it’s likely that 3D vision systems will replace 2D counterparts in up to 90% of applications. That’s how 3D vision systems are driving a robotics revolution. 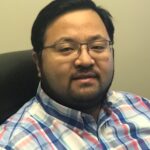 David Chen, Ph D. is co-founder and director of engineering of Orbbec 3D Technology International, Inc. A leading expert in 3D camera technology and a longtime advocate in the use of depth perception. David has spent nearly a decade working to fine tune the use of depth technology, finding new and innovative applications, to harness 3D, in our daily lives. He believes 3D camera technology will be the new baseline for what people expect out of their computing devices.