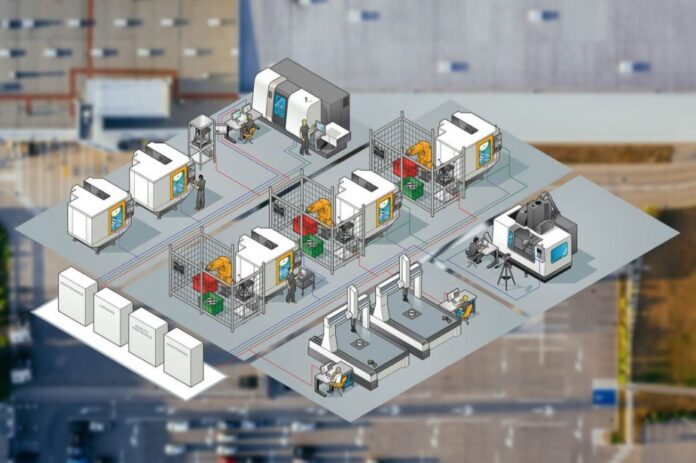 The smart factory is a system that can run entire production processes autonomously, self-optimize performance across a larger network, and self-adapt to and learns from new conditions in real or near-real time.

A fully connected manufacturing system operating primarily without human labor by creating, sending, receiving, and processing the data needed to carry out all necessary tasks for producing a wide range of goods is depicted as a “smart factory” in the future.

Three digital technologies enable the smart factory, such as:

Smart factories comprise actuators, effectors, controllers, control loops, and sensors. In a smart factory, sensors are essential because they gather and integrate precise data into the production processes to improve product quality.

The presence of a specific thing or function can be detected using sensors, which are electrical, optoelectrical, or electronic devices made of sensitive materials. To analyze behaviors and abilities, sensors can self-organize, learn, and maintain environmental information.

Temperature is one of the most important variables to be measured and controlled in industrial plants because it directly affects the properties of materials and the quality of products. A temperature sensor is a device that can gather temperature data from a source and convert it into data that is understandable by another device. These sensors can measure the thermal properties of solids, liquids, and gases. Several temperature sensors that can be used in hazardous electrical and chemical environments have been developed in recent years.

Pressure changes can be recorded by pressure sensors and converted into electrical signals, where the applied pressure determines the signal’s strength. These electromechanical instruments detect force in gases or liquids and send signals to control displays. These sensors can be used to track changes in the atmosphere. For instance, barometric pressure sensors can identify atmospheric changes that are beneficial for forecasting weather patterns and changes. Vacuum sensors are another illustration. They are used when the pressure in a vacuum is lower than the atmospheric pressure, which can be challenging to detect mechanically. Following are the different sub-types of pressure sensors:

Position sensors are used to detect the positions of valves, doors, throttles, etc. These sensors have location tracking features that make it easier to pinpoint the exact locations of tools, work-in-progress, and other production-related items inside the facility. As they perform similar functions to position sensors, motion sensors (which start actions like turning on a floodlight by detecting the movement of an object) and proximity sensors (which identify when an object enters a sensor’s range) are also important to mention. Following are the different sub-types of position sensors:

The purpose of force sensors is to convert applied forces (such as tensile, compressive, etc.) into electric signals representing the force’s magnitude. These signals are then transmitted to computers, indicators, controllers, or other devices that provide information to operators about the processes or act as inputs to help control equipment and processes. Different force sensors are employed in smart factories depending on the type of force being measured. For instance, compressive forces are measured by load cells, strain gauges measure internal resistance forces, and the rate of change of an applied force is measured by force-sensing resistors. Following are the different sub-types of force sensors:

These sensors detect fluid, solid, or gas flow inside a pipe or conduit. These sensors are widely used in processing industries and enable the machinery to operate at its peak efficiency. Using ultrasonic flow detection, a flow sensor can be partially mechanical or electronic. For instance, auto flow sensors gauge engine air intake and modify fuel delivery to the fuel injectors to give the engine the best possible fuel. Medical ventilators, which require the proper rate of oxygen and air delivery to patients for respiration, also use flow sensors. Following are the different sub-types of flow sensors: