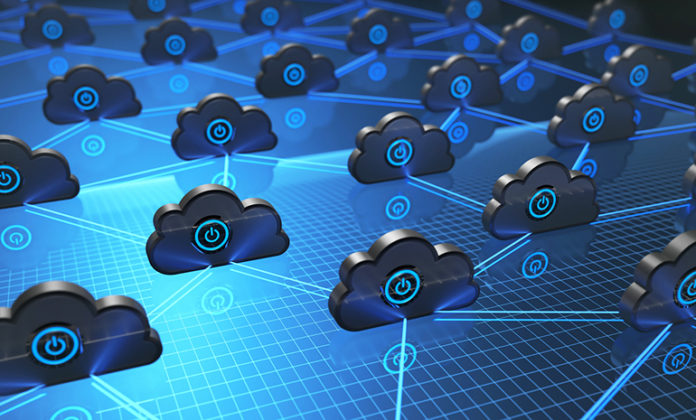 Serverless computing is a new cloud computing model in which cloud providers manage IT infrastructure, and users only pay for what they use. Because of the rise of serverless computing, the concept of NoOps has emerged, in which service providers can automate and manage IT infrastructure and operations to the point where IT operations staff focus on higher-value tasks in the software development life cycle. At the moment, NoOps is more of a theory than a development practice, with few organizations currently adopting a development approach that completely automates the IT operations.

Companies are now experimenting and implementing serverless computing architectures, which isolate server and infrastructure management from users and speed up microservice deployment. Consumers don’t have to worry about patching or monitoring individual servers, similar to PaaS models. On the other hand, PaaS differs in that customers must still choose their run-time environments and server sizes and pay for server capacity even if it is not fully utilized. Consumers no longer have to worry about servers and only pay for the computing resources needed to run their programs.

In serverless, the management and allocation of resources, such as uptime, server maintenance, patching, backup, and security, are managed by cloud providers instead of systems administrators and IT operations staff. Server management is delegated to cloud providers in the serverless model, resulting in fully automated, elastic, and provider-managed horizontal scaling. Furthermore, unlike traditional server-based applications, there is no need to keep servers running all of the time, so uptime occurs only when the serverless function is invoked.

Computing, storage, and transmission capacity can now be priced on a more dynamic, pay-as-you-go basis. It also frees administrators and operations staff to focus on higher-value tasks like refactoring and integrating microservices into the architecture and improving the resiliency and security of the underlying business processes and data. Two categories of cloud computing services enable serverless computing:

Companies will focus more on developing and delivering mission services and applications due to serverless computing because they will no longer have to worry about provisioning and managing infrastructure, hardware, or backend services.

Serverless computing promises that system administration will become so automated and abstracted from the underlying infrastructure that system administrators and IT operations teams will no longer be required to manage software or operating systems. These groups can concentrate on higher-value tasks. With the rise of serverless computing, the concept of No Operations (NoOps) has emerged, in which IT organizations can concentrate on developing new software features while outsourcing infrastructure operations and management to cloud service providers.

NoOps encourages a more integrated model of cross-functional expertise delivery. Traditionally, software features were developed by developers, while operations focused on the application’s availability, reliability, performance, and security. The demand for better and faster development processes and tools has grown in tandem with the increasing levels of abstraction offered by cloud providers. The Agile Manifesto, published in 2001, ushered in the agile development movement by empowering small, cross-functional teams to produce high-quality software more quickly. The first commercial cloud service providers went live in 2006, allowing development teams to completely outsource physical infrastructure to cloud providers and eliminate the need for hardware provisioning. In 2009, John Allspaw and Paul Hammond presented “10+ Deploys Per Day: Dev and Ops Cooperation at Flickr,” which laid the groundwork for DevOps.

DevOps is a set of standard operating procedures and practices to reduce friction and barriers between developers, operations, and other parts of the company. Some argue that NoOps is simply the next logical step in the evolution of software development, with traditional IT operations being automated out of the development cycle. Others argue that serverless computing necessitates closer collaboration and the blurring of traditional roles between development and operations and that NoOps is a subset of DevOps.

Whether it’s seen as a continuation of DevOps or as something entirely new, the impact of NoOps on delivery is a growing trend. The term “NoOps” is sometimes used to refer to the complete removal of IT operations personnel. The problem with this approach to NoOps is that it assumes IT operations can be reduced to a set of procedural tasks rather than a dynamic role that evolves in response to changing technology and business needs. For example, edge computing and Internet of Things (IoT) connected devices will increase rather than decrease the demand for IT operations and support.

Developers and IT operations staff used to work in separate silos, which caused friction and bottlenecks throughout the development life cycle. Each phase necessitated a distinct set of skills and processing, causing additional delays. Cloud computing’s technological advancements have necessitated more agile and integrated development approaches.

Many organizations have adopted DevOps for continuous development and collaboration between developers, operations, and other parts of the IT organization. The delivery cycle time is reduced by cross-functional DevOps teams and the automation of procedural tasks. Many previously isolated IT operations, development, or operations staff silos can now be automated with serverless computing. NoOps is a concept that could allow businesses to focus on delivering new features while avoiding the hassles of isolated testing, release processes, and IT operations management.