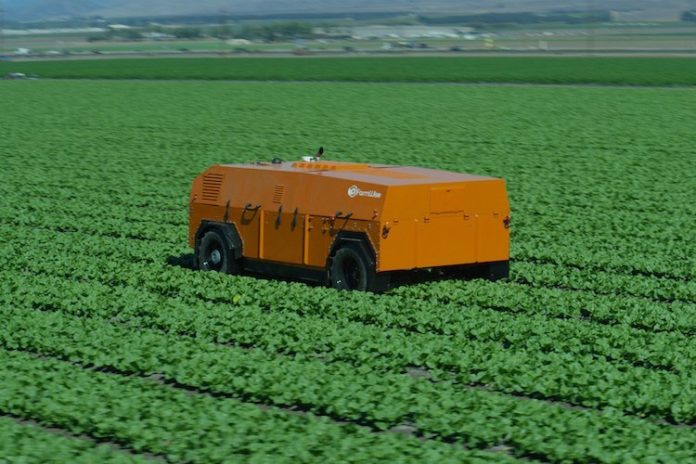 Weeds are unwanted and unwanted plants that interfere with the use of land and water resources and therefore have an adverse effect on agriculture. Weeds compete in croplands with the beneficial and desired vegetation and pose a major problem.

In this post, we will see the top 9 agricultural robots for weed control.

Tertill is a solar powered weeding robot for home gardens. It attacks small weeds while allowing larger plants to grow. It’s about to launch on Kickstarter, where it’ll cost $299. The inventor of the Roomba created Tertill, which is powered by the sun and is fully autonomous.

RIPPA is a fully autonomous robot that can cover five acres a day on a solar charge – finding and exterminating pests and weeds on every single plant over the equivalent of four football fields. RIPPA stands for “Robot for Intelligent Perception and Precision Application”.

HortiBot is the machinery that helps the farmers with weeds. With an eco-friendly wee-removing attachment, the robot recognizes and eliminate up to 25 different kinds of weeds.

SwagBot is an omni-directional electric ground vehicle, designed for the grazing livestock industry to assist with a range of tasks including weed control, animal monitoring and pasture surveys. It has a rugged composite chassis and is capable of navigating undulating and hilly terrain and farm obstacles such as water, mud and branches.

ASTERIX is an autonomous field robot, designed for tending of vegetables. The robot uses machine vision and our ultra-precise nozzle technology to shoot droplets of herbicide on each individual weed – not on the crop – not on the soil. This will reduce the amount of herbicide used by appx 95%.

AgBot II is a new generation tool for robotic site-specific crop and weed management. It is equipped with cameras, sensors and software and is designed to work in autonomous groups to navigate, detect and classify weeds and manage them either chemically or mechanically as well as apply fertilizer.

For farmers and their lettuce crops, these robots are the perfect tools. The LettuceBot2 is a popular tool in the agricultural world with its imaging system that attaches itself to a tractor to thin out lettuce fields and prevent herbicide-resistant weeds. It uses 90 percent less herbicide on crops because of the ability of this robot to be accurate.

Naio Technologies have a host of robots that not only act as the perfect farm hand using techniques that preserve and protect the local environment. The robots have the ability to weed, hoe, and assist during harvesting. Other weeding robots developed by the company include Oz and Dino. The latter is a large-scale vegetable weeding and hoeing robot that is smaller and lighter than a tractor and powered by electricity. It also collects data about crops to help manage yields.

ecoRobotix is a Swiss company with a solar-powered weeding robot. It looks like a ping pong table on wheels—if a ping pong table also had mechanical arms underneath it. It applies machine vision, GPS and other sensors to precisely eradicate weeds. It can follow crop rows and detect weeds with 95 percent precision. The mechanical arms then squirts a small dose of herbicide directly onto the offending weed. The company claims its machine can reduce pesticide use by 20-fold and run 12 hours on just the sun—no batteries required. It’s fully autonomous and programmable via a smart phone.