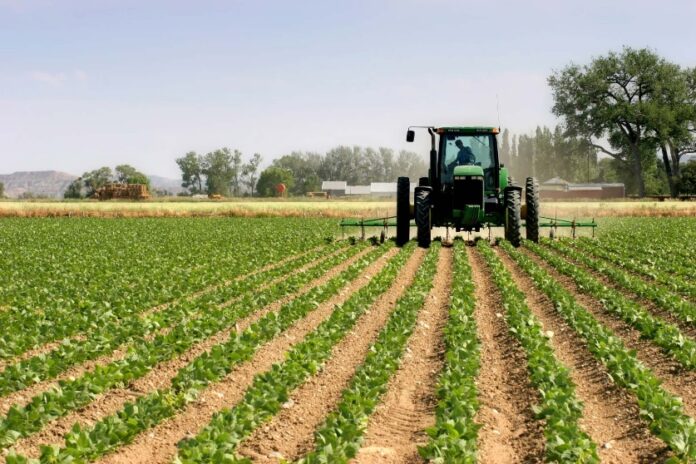 Weeds are misplaced or undesirable plants in human-controlled settings like farm fields, gardens, lawns, and parks. In agricultural production, they lead to diminished crop yield and quality. Therefore, weed management and control are an essential component of the production of high-yielding and high-quality crops.

Luckily, the advancements in technology have a huge impact on weed management and control, making it both robust and adaptable depending on various strategies in the context of evolving weed populations, genetics, and climatic conditions.

An effective weed control encompasses all measures to prevent the introduction, establishment, and spread of weeds. Robotic weed control is a growing trend today, owing to the promise of reducing hand labor, pesticide requirements, cost, maintainability, efficient operation, and robustness.

Over the last several years, several robotic weeding machines have become commercially available, and they address the majority of key challenges in weed control, mainly on weed control mechanisms and perception systems that can detect and classify weed plants from crop plants. Let’s briefly look at some of these challenges and methods developed to overcome them.

Weed and crop plant perception is the main challenge due to the complexity involved in vegetation detection, classification of weed plants and crop plants, and plant localization.

All perception methods use machine vision techniques. They can be categorized in terms of the vehicle platforms used to carry the sensors for detecting and monitoring plants (i.e., aerial and ground-based vehicles such as satellites, unmanned aerial vehicles, UAVs), unmanned ground vehicles (UGV), and field robots), and the plant features used in processing.

Spectral reflectance and biological morphology characteristics are the two categories of features commonly used to identify the plants.

In the 1970s, spectral reflectance differences between crops, weeds, and soil were explicitly studied, and algorithms were developed for satellite, aerial, and ground-based sensing platforms. Machine learning techniques have been used to classify individual pixels into the crop, weeds, or soil background categories based on each pixel’s reflectance intensity values.

One of the greatest potential advantages of the reflectance-based techniques is the robustness to partial occlusion compared to methods analyzing shapes. Additionally, these methods are normally less computationally intensive than shape-based methods. However, the greatest limitation is the shortage of reliable information. Besides, the classification of different plant species is a challenge because of the similarity in light reflectance characteristics shared by most agronomic vegetation.

To discriminate plants of different species, this method focuses on biological morphology characteristics, such as the shapes of plant canopy and leaves in the projected two-dimensional (2D) image plane or in three-dimensional (3D) space. Common morphological features include length, width, perimeter dimensions, roundness, circularity, and convexity of plant leaves or plant canopy. Plant height, a discriminating parameter between crop and weeds at early crop growth stages, has been very effective and beneficial in crop/weed segmentation and classification. Stereovision, light detection, and ranging (LiDAR) and time-of-flight (TOF) sensors are the three types of sensors commonly used to differentiate different crop species.

These approaches have been used in conventional mechanized agriculture for many years. They have recently been coupled with automation technology to either reduce inputs or exert more precise control of weed plants. In this section, we will focus only on chemical and mechanical weed control mechanisms.

In 1999, Lee Slaughter developed a prototype pulsed-jet, micro-dosing actuator, capable of applying microliter herbicide dose rates to small target areas as small as 9 mm x 12.7 mm. In 2011, Zaman Esau and the team developed a selective sprayer that senses tall weeds in blueberries using an ultrasonic sensor and selectively applied herbicide to the weeds. These examples demonstrate the concept of using basic sensing technology to perceive a highly distinguishable feature of weed plants to determine their presence.

For situations where chemical weed control is not consistent with the producer’s management practices, mechanical cultivation or tillage is often used. There is a wide variety of mechanical tool designs for mechanical cultivation that can be used with inter-row and intra-row weeds. Generally, they rely on three main physical techniques for controlling weeds: burying, cutting, and uprooting the weed plants.

Each of these techniques interferes with the growth of weed plants by killing them or slowing their growth so that the crop plants can overtake the weed plants achieving greater canopy closure and reducing the light interception by the weed plants.

Examples of automatically guided weeders are Naïo Technologies Oz weeder and Dino robot. The Oz weeder is electrically powered with four electric motors, one in each wheel. It comes in a small package that is 60 cm high and 40 cm wide, weighing 110 kg. Because of its size, it fits between rows of vegetable crops. It carries various cultivation tools, including several harrows or brush or spring weeders for intra-row weeding.

The Dino weeding robot is a larger platform with a 130 cm height and adjustable wheelbase from 140 to 180 cm. It can span 120 cm of row width and guides different passive cultivation tools through multiple rows. The Kongskilde Robotti has a similar platform spanning multiple rows and is automatically guided to cultivate the crop rows that it spans.

Different systems have taken different approaches largely based on their mechanism design. One common approach is to use a horizontal knife or blade hoe tool positioned shallowly below the soil. The blade is moved into the crop row in the spaces between the crop plants cutting and burying weed plants. Sarl Radis weeder, developed in France, uses the same approach. This automated weeder detected reflected light from the crop plants and moved the hoes out of the row when a crop plant was detected. Originally developed for transplanted crops, it had the highest performance when the weeds were substantially smaller than the crop plants. Another approach to an intra-row wedding is to use a rotating mechanism moved in and out of the crop row.

These many clever approaches to mechanically control weeds in and between the crop rows represent substantial technical advances to this problem. Mechanical weeding requires operator knowledge to make adjustments to the cultivation tool. To obtain the autonomy expected by an automated weeding system that is considered robotic, higher levels of machine behavior decision-making are required, such as selecting a weeding tool for combining crop, weeds, soil type, and soil condition.