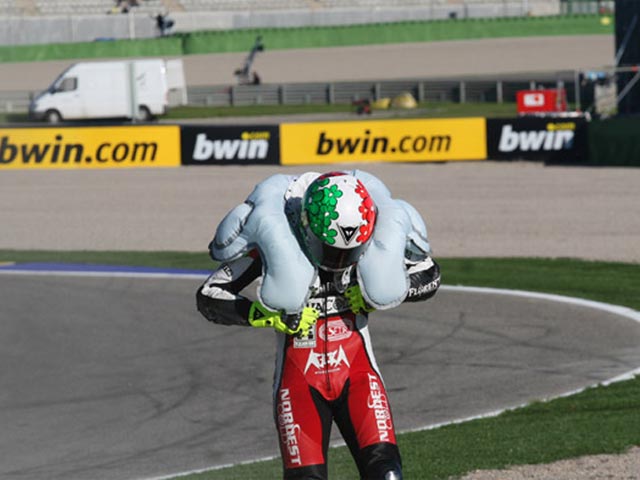 The NHTSA National Center for Statistics and Analysis 2016 report found that a motorcyclist is 28 times more likely to injury or even die in a road accident than a passenger in a car. In the last century, many companies have invested in developing increasingly capable safety equipment, such as helmets, armor, and riding suits. Many motorcyclists today protect themselves with helmets and heavy leather clothing. But high-tech airbag systems have been one of the most significant advances in recent decades. Personal airbags in jackets prove to be a safe and comfortable alternative.

Like most state-of-the-art technology components, wearable airbag systems are incredibly complex. The airbag system has a high-speed airbag deployment system. It uses a lanyard attached to both the bike and the jacket. The moment the cord is disconnected from the bike during an accident, the pin is released, inflating the airbag in less than 1/10th of a second. The airbag is inflated before the rider hits the ground and provides impact protection for the back, neck, and chest. The neck is kept aligned to avoid whiplash and significantly reduces the risk of major spinal injuries. The airbag stays inflated for 15 to 20 seconds to protect the rider during the crash. Due to the connector design, the airbag can be activated from any angle or position. Several other companies offer personal airbags using the same type of approach.

What are the things to consider when you buy a wearable motorcycle airbag? There are several key elements to consider.

Several brands have added airbag products to their product lines. If you’re looking for airbag jackets, the following are the brands you need to look for.

Hit-Air is a Japanese company highly respected for its safety products used by emergency services around the world to protect their motorcyclists. It began researching airbag jackets for motorcyclists in the mid-nineties and finally launched its first product in 1999.

Helite is one of the oldest developers of personal airbag technology for motorcyclists, riders, skiers, pilots and senior citizens. Helite is a French company founded in 2001 by an aeronautical entrepreneur who wanted to improve safety in the light aircraft industry.

Dainese entered the airbag jacket market a few years ago with a D-Air system that does not use a lanyard but relies on electronic sensors. Racers and serious motorcyclists widely use it.

Alpinestars is a leading maker of professional racing products, motorcycling airbag protection, high-performance clothing, and technical footwear. It offers a Tech-Air system that fits only Alpinestars jackets and suits.

Merlin offers a unique airbag, making it the most affordable and flexible airbag system for bikers. It’s a universal jacket, tethered, and available for less than $300. It’s as accessible as airbag protection is.