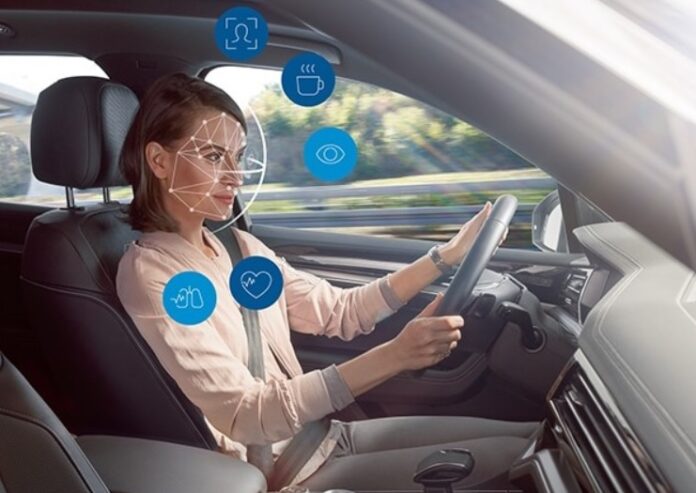 The health status of a driver is an essential factor affecting safe driving behavior. A decline in a driver’s health due to chronic or acute disease-related cognitive and psychomotor impairments, drowsiness, distraction, and drunkenness, is a potential cause for a significant number of crashes worldwide.

According to a report published by the National Highway Traffic Safety Administration based on the National Motor Vehicle Crash Causation Survey (NMVCCS), out of over 2 million crashes, nearly 145,000 crashes attributed to a driver “non-performance error,” which could be drowsiness or an acute medical condition.

The report found that the drivers who had crashes precipitated by medical emergencies were more likely to be more severely injured, compared to crashes without a medical emergency. Some diseases like type II diabetes, cardiovascular disease, mild cognitive impairment (MCI), Alzheimer’s disease, and obstructive sleep apnea (OSA) have the highest relative risk. 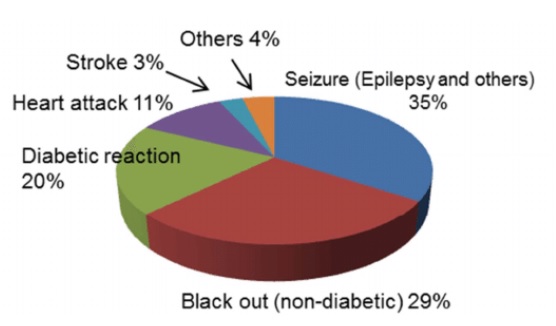 Luckily, advances in vehicle electronics have made it possible for drivers and passengers to customize their driving experience in many ways. Modern vehicles are embedded with an array of sensors and devices that enable the general public to have more real-time access to personal health status, identify high-risk circumstances, and ring alerts early enough to avoid any fatal incidents.

These sensors can detect and report medical information such as body temperature, heart, respiration and perspiration rates, blood glucose and oxygenation levels, and other physiological functions, to increase driving comfort and safety.

For example, a vehicle that senses that the driver has an elevated body temperature and has increased his/her respiration rate significantly may automatically open windows or increase interior ventilation to improve comfort. Some vehicles could also forward the driver’s vital health information to first responders and other health professionals even before they reach the crash scene.

Thanks to current technologies for monitoring and methods for biometric identification, new sensors, and devices in vehicles can detect the critical state of drivers and mitigate the risk of the crash to a great extent.

Occupant Identification is a passive, non-invasive method used by manufacturers to identify the driver and perhaps passengers in a vehicle. Establishing the occupancy is useful in a host of applications, allowing the vehicle to create a baseline of the occupant’s safety measures, health status, and driving behaviors. Some monitoring systems use driver’s identity, especially of teenagers enrolled in licensing programs, to put restrictions on vehicle’s abilities or monitor highly complex driving tasks more closely.

The technology to determine identity has grown exponentially in the past few years, due to consumer demand for greater safety. Starting from a key card, implantable radiofrequency ID or RFID, to camera-based technology using facial recognition or iris analysis software, fingerprint, vascular pattern, and voice-recognition scanning, there are plenty of technologies available today to identify an occupant in the vehicle uniquely.

Driver Behavioral Monitoring leverages sensors and algorithms to accurately identify and distinguish among different forms of inattention or impaired driving, including alcohol-impaired, drowsy and distracted driving. It determines driver behavior based on hard acceleration or braking, steering, and pedal inputs, harsh cornering, distance traveled, lane variability, time of day, and compares it with the signatures of normal driving.

The goal is to identify and evaluate the effectiveness of driver monitoring countermeasures on impaired driving behavior. According to studies, technology can help reduce high-risk behaviors in young drivers by more than 30 percent. Some of the top companies providing driver behavior monitoring solutions include Forward Thinking, FleetGo, NexTraq, WirelessLinks, Teletrac, Quartix, and Asset Trackr.

It is an in-vehicle technology that detects the alcohol blood level of a person in a non-invasive way in a short time. It works in different ways. One method is breath-based monitoring of samples around the driver for alcohol and carbon dioxide through an infra-red sensor. A touch-based system measures the absorbed near infra-red light in a person’s finger and derives an alcohol concentration.

A third method works through a series of sensors placed on the steering wheel, the shift lever, and seat, which detect through sweat if the person is intoxicated. These systems have the dramatic potential to reduce crashes and fatalities involving drunk drivers by denying the driver the ability to start and drive the vehicle.

Physiology and health monitoring of drivers exists in the form of in-vehicle and wearable technologies today. It depends on sensors to measure a variety of physiological signals to assess driver performance, comfort (temperature difference), real-time physiology (heart and respiration rate), workload, and stress. Notably, Ford demonstrated an in-vehicle glucose monitoring system that could detect a driver’s possibility for a diabetic episode. Demonstrations of blood oxygenation measurements, blood pressure, and bone mineral density bring more information about driver/occupant health into the vehicle.

Another popular technology is a real-time face monitoring system that can detect driver fatigue and distraction, based on the symptoms from the face and eyes, using computer vision. The system measures the percentage of eye closure, eyelid distance changes with respect to the normal eyelid distance, eye closure rate, and head rotation and combines the symptoms to estimate the level of driver hypo-vigilance.