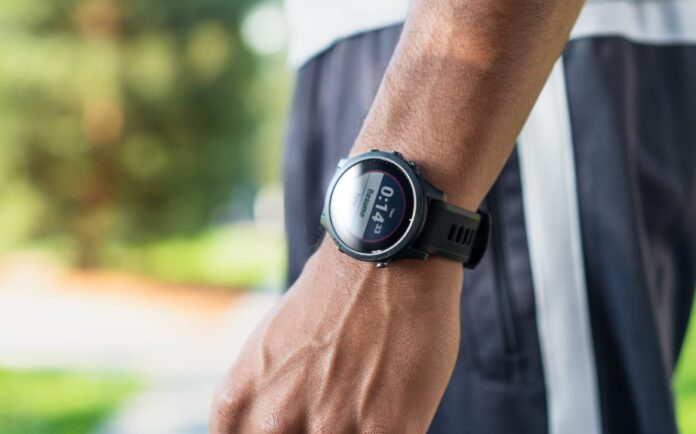 Smartwatches and fitness trackers are two examples of wearable sensors growing in popularity worldwide. They have been used to monitor clinical and rehabilitation procedures, support wellness initiatives, and enhance social interaction.

From the perspective of occupational safety and health (OSH), wearable sensors give ergonomists a way to covertly record data on physical exposure at work. This issue has hampered the field for many years.

For instance, information from wearable sensors attached to nearby body parts can be processed to precisely measure joint angles and then used to determine the risk of developing negative health outcomes, such as musculoskeletal disorders (MSDs).

A recent study found that most OSH experts preferred using wearable technologies to measure various aspects of employee health risk while at work. Unsurprisingly, the risk factors that OSH professionals were most interested in identifying were exposure to awkward postures, forceful exertions, and repetition, three common physical risk factors linked to the development of work-related musculoskeletal health outcomes.

According to recent research, wearable sensors may accurately and dependably quantify the kinematics required to estimate exposure to non-neutral working postures and aid in evaluating repetitive motions. To aid in the precise determination of such measures, reliable, repeatable calibration techniques have been identified and are still being evaluated. Wearable sensors have been successfully used to estimate joint forces and moments during occupationally relevant activities like manual material handling and extravehicular activity, even though the force has been more challenging to measure.

Smart textiles and other promising wearables that integrate surface electrophysiological sensors with accelerometer and gyroscope measurements may offer practitioners techniques for discretely estimating force using approaches that have largely been restricted to research and laboratory settings.

Even though current market trends indicate that wearable technology will keep expanding as technology advances, wearable sensors for bettering OSH have not yet been widely adopted in most workplaces. They have only been adopted to a limited extent in the workplace. Various factors have been considered as potential explanations, including cost issues, data confidentiality concerns, a lack of proven utility, and information overload. The main obstacles to implementing wearable sensors in the workplace will be discussed in this post.

Many people continue to doubt the validity and overall effectiveness of wearable technologies despite the mounting evidence that these devices are accurate and reliable for determining exposure to important physical risk factors. Lack of experience using wearable devices to assess kinematics beyond common physical activity metrics like step counts may explain the lack of confidence in the technologies.

The primary motivation for people to use their activity monitor at work is to track their physical activity. The most popular personal activity monitors are Fitbits. The focus of such devices has not been on measuring physical risk factors like exposure to non-neutral postures, even though variations of the Fitbit have been observed to be valid and reliable for measuring step counts and have also been observed to be well accepted and associated with increased physical activity. More “practitioner-friendly” sensor protocols must be created to increase adoption, and information about “research-grade” wearable technologies must be widely disseminated.

Although concerns about sensor validity and efficacy are common, the most frequently voiced worry is that employees might act unfavorably if they feel watched. Most people used the phrase “big brother” to express their concerns. Employees not following organizational rules regarding how and when to wear the devices was another frequently voiced worry. This could be done as payback for having their privacy invaded. These two problems, interestingly, run counter to recent research showing that workers welcome increased employer involvement in their health, especially individualized guidance in workplace health promotion programs.

Notably, 49% of respondents to a recent PricewaterhouseCoopers survey thought wearable technology would boost workplace productivity. These contradictory findings add to a growing body of research that points to a paradoxical connection between behavior and information privacy. Therefore, more investigation is required to comprehend user privacy concerns linked to wearable device use in the workplace. Current wearables might be used more successfully in a supportive capacity where employees don’t share the data they collect with their employer.

The other concerns regarding the use of wearable technology in the workplace include the following:

Wearable sensors will undoubtedly continue to develop as technology and computing power advance. Employers who use wearable sensors may experience a decreased risk of illness and injury and higher employee satisfaction, wellness, and productivity. The scientific community’s capacity to successfully address barriers regarding employee compliance, sensor durability, GMP standards, and ensuring a favorable cost/benefit outcome for organizations, however, will significantly impact how widely wearable technologies are adopted.