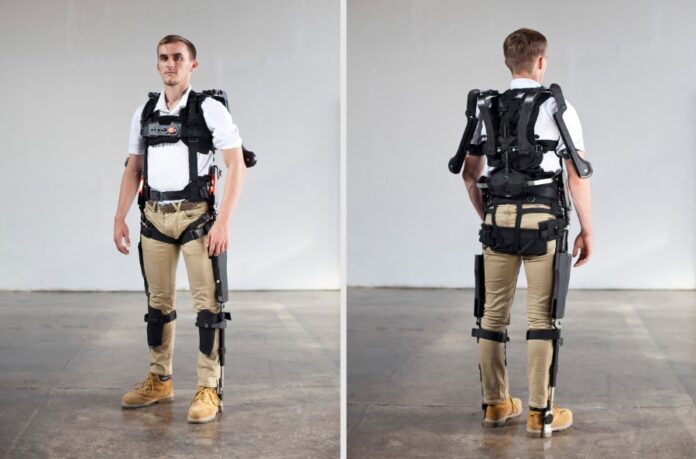 Wearable assistive robots have the potential to provide users with new platforms and methods for assistance, care, and rehabilitation. With the help of this cutting-edge technology, people with sensorimotor disabilities can be physically and socially active, carry out tasks independently, and improve their quality of life.

They help people improve, supplement, or replace limb motor functions, which are frequently compromised as we age, get injured, or suffer a stroke. These assistive devices typically have human wearable designs and work closely with the human body.

By 2050, two billion people, or double the current estimate, will need assistive devices, according to the World Health Organization (WHO). The aging population, people with upper and lower limb impairments, noncommunicable diseases, and mental health issues, are the main causes of this rise.

Wearable assistive robotics still needs to overcome several obstacles before it can be said that these devices are dependable, practical in everyday life, and user-friendly. These difficulties include user acceptability, sensing technology, device adaptability, and lab-to-real-world translation.

It is widely acknowledged that assistive technology must be personalized and flexible. The term “adaptivity” describes how systems adjust to changes in their operating environment, including user habits, circumstances, personal preferences, and exogenous changes. Adaptivity in practice refers to the robot’s ability to alter how it responds to particular user commands, discern user intent, respond to exogenous changes like sensor instability, or alter the intervention modality.

Since much research on Human Activity Recognition (HAR) uses supervised learning techniques to provide crucial contextual awareness, adaptivity is frequently seen as a machine learning problem. ADL-specific templates that are fitted to sensor events over sliding time windows are frequently used to identify activities; In contrast, these templates can be developed iteratively; they are typically fixed and used to drive an ontological model. These model-based approaches may not accurately capture the complexities of the diversity of many use cases. They lack the flexibility necessary to enable wearable assistive robots to deal with the level of changes that may be anticipated in outdoor environments.

2. Translational Issues from the lab to the Real World

Wearable assistive robots are typically developed and tested in controlled environments in laboratories. The testing procedures adhere to protocols created specifically for the lab, where the user completes tasks in a predetermined order, under controlled conditions, and as directed by the researcher. For instance, moving objects from one place to another while walking along a path made up of the flat ground, stairs, and ramps. These lab-based experiments use treadmills with adjustable speeds, inclinations, and manipulative objects. With this method, the assistive device can be monitored, controlled, and its data can be systematically analyzed while reacting to various user movements.

The situations that a person can encounter in outdoor settings, such as walking on various surfaces and weather conditions, varying walking speed, and grasping and handling actual objects for daily use, are still not adequately represented by this process. The performance of the robot in sensing, making decisions, and controlling the assistance needed by the user is impacted by the variations in testing environments. An important problem must be solved if assistive robots are to be accepted and used regularly by people in transitioning these machines from the lab to real environments.

Although multimodal monitoring capabilities in wearable assistive devices have been made possible by rapidly advancing sensor technology, factors like low weight, low power consumption, battery life, and calibration continue to be difficult to achieve. Low-power sensors can help decrease the weight by requiring smaller energy storage and increasing the monitoring time between charges. However, it can also create opportunities to use cutting-edge technology, such as wearable robots and energy harvesting directly from the user, for example, when performing locomotion tasks. Significant factors in the sensor design process include battery life, weight, and maintenance. These features make it possible for assistive robots to be used for longer periods without the need to recharge the battery, calibrate the sensors, or replace them.

Wearable technologies currently face significant challenges due to the critical role played by numerous factors that are not directly related to materials and new technologies. Some of these include the design of appropriate interfaces to enable information extraction from users who may have disabilities or difficulty interacting with digital systems, data integrity and protection, and difficulties in precise localization using, for example, GPS and mobile phones and communication modules (e.g., WiFi, Bluetooth). When designing wearable sensing technology, these technical difficulties must be considered.

Device abandonment is still one of the biggest problems, despite advances in assistive technology. Consider upper-limb prostheses as an example. Up to 75% of users reject prostheses because they find them uncomfortable and inadequately functional. Acceptance studies highlight common patterns among various assistive technologies, where users’ reasons for giving up a device vary but frequently highlight the gap between expectations and reality.

The user’s perception of the risk associated with using AI and IoT for data collection, sharing, and system control is an additional crucial factor to consider for the device’s acceptability. These features alert users to ethical, privacy, and safety concerns that are more prevalent among younger people. These issues should be considered when designing assistive robots to ensure that people can trust and use the devices.

The future of robotics in neurosurgery