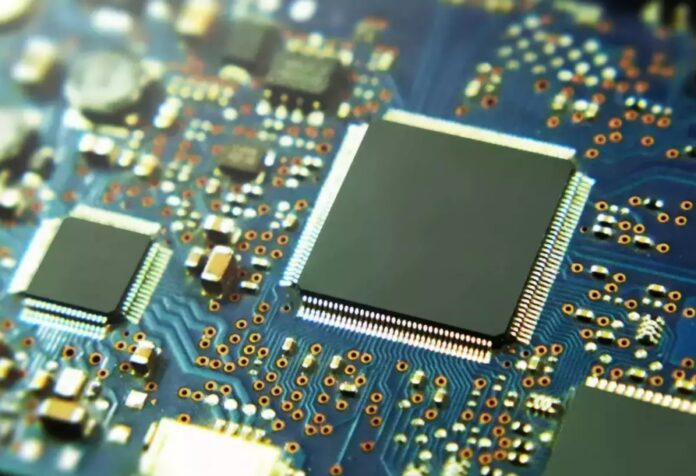 Many devices cannot be explained using classical physics. For example, a quantum computer, a squeezed light-sensing mechanism, or a Bose-Einstein Condensate gravity mapper! These are quantum devices that exhibit properties governed by quantum laws.

A quantum device is any device that uses an explicit quantum property for its functionality. A spin, for instance, is a quantum property. The electron has two values of spin. If these two states could be used to store a bit, then that would be a quantum memory device.

A quantum device depends on its quantum coherence for its operation. Even if it is macroscopic, the whole device must be in a single quantum state. For example, a macroscopic quantum harmonic oscillator could be in its vibrational quantum ground state.

In other words, a quantum device is a hardware that utilizes the effects of quantum mechanics to handle applications such as quantum cryptography, metrology, imaging, sensing, teleportation, quantum computing, electromagnetic detection, radar, and bio-imaging.

What is quantum technology?

Quantum mechanics deals with the physics of subatomic (elementary) particles like Electrons, photons, Quarks, Mesons, etc. The motion of these particles can not be described by Classical mechanics, which include Newtonian Dynamics. Quantum superposition explains that an elementary particle can exist in two positions at once (the positions can be as far as the diameter of our galaxy). Scientists and engineers have developed technologies like quantum computing, teleportation, etc.

Instead of using traditional bits like in classical computers, in quantum computing, scientists use quantum particles (Qubits) that have strange properties like quantum tunneling, superposition, quantum coupling, etc., for transmitting data. It makes data more secure and very easy to transfer.

Recently, scientists have developed a method to transmit data at 100 gigabits per second using quantum technology. More precisely, they used Terahertz quantum cascade lasers for achieving this. Watch the below video to understand emerging quantum technology, which holds the potential to transform medicine, create unbreakable encryption, and even teleport information.

What is a quantum computer?

A widely known quantum device is a quantum computer, a relatively new branch of computing developed through quantum mechanics. It works on the principle of Quantum entanglement and Quantum Superposition of states to do calculations.

In Quantum Superposition, a subatomic particle is said to be in all possible states simultaneously. Only when it is observed does it assign itself a particular value. In Quantum entanglement, the particles are entangled, i.e., when one particle is observed, it takes a specific value, and its entangled pair takes the opposite value simultaneously, irrespective of how far they are!

So, quantum computers use Qubits or quantum bits which can exist as both a one and a zero. So, they can do two calculations at once. It allows exponentially faster calculation than classical computers, which use bits with a value of either 1 or 0. In short, while bits take multiples of two, qubits take values that are powers of two. It makes the calculation process insanely fast. Breaking into 64-bit encryption will take decades from a classical computer; a quantum computer will do the job in minutes.

At first, this may not seem very impressive, but each Qubit has a multiplicative effect. Ten Qubits can do a thousand calculations simultaneously, and 30 Qubits can do a billion calculations simultaneously. The code required for quantum computers is so different that it needs specialized quantum algorithms to operate. Physicists and mathematicians develop quantum algorithms, so take advantage of the unique properties of quantum physics.

Quantum computers are the future of computing. Computers today are constrained by their hardware. They work with electrical circuits that can be turned on or off in the 0 or 1 position. The use of particles in quantum computing changes this. A quantum computer has the potential to be millions of times more powerful than today’s most powerful supercomputers because it can hold multiple states at the same time.

Quantum devices are transforming our world. This rapidly evolving technology is based on the complex behavior of subatomic particles, allowing scientists to develop devices and sensors that are not only more intuitive and faster than current sensors but also more applicable to a wider range of industries, assisting in the advancement of the fourth industrial revolution, which will be marked by the integration of artificial intelligence and the internet of things into our daily lives.