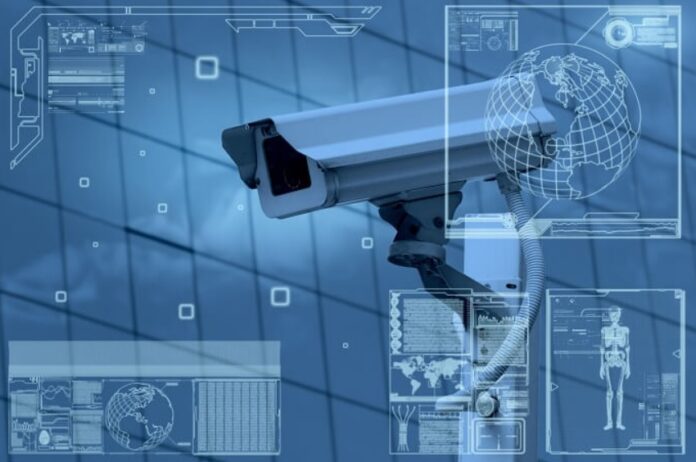 How has your video security system been working out? If you’re running multiple sites with independent video systems, it can be a challenge.

There’s only one of you. And you can’t be running back and forth to every facility to check on each system. Unless, of course, you have a clone!

Have you considered intelligent video analytics?

The way we analyze security video and CCTV feeds is evolving every day. As head of your company’s security, there is technology available to make your life easier.

You’ll be able to work smarter, not harder. And it will free you up to focus on what you do best. That’s improving your company’s security and keeping everyone safe.

Sounds too good to be true, right? Well, today is your lucky day.

We’re going to go over how you can do exactly that in this article. By the time you’re done reading, you’ll be enthusiastic about launching a new, more efficient plan to protect your company.

Intelligent video analytics is the marriage of surveillance video and artificial intelligence. Since AI companies are beginning to develop deeper learning strategies for their software, many industries have grown leaps and bounds.

Security video is no different. These deeper learning patterns developing in AI frameworks allow security systems to do amazing things. It allows them to be intelligent.

Through intelligent video analytics, video systems can now recognize and analyze space and time events on your video feed.

For example, let’s say you spot a person making suspicious movements on camera. An intelligent video solution would be able to zoom on that person and get the footage necessary to stop a crime before it starts.

Normally, these intelligent video insights are caught on camera in real-time. But some companies are using intelligent video systems to mine historical data from previous recordings. It allows these companies to draw conclusions and get amazing insight into their business.

One of the ways companies are using this technology is in the retail space. Owners of brick and mortar retail stores can go back and watch footage of their store to monitor customer traffic.

By re-watching the old footage, companies can determine when their store is the busiest and what people buy most. They can even determine the average age of customers who shop with them!

Another more popular example is video surveillance. We all know how popular cameras are for security systems. People even have them in their doorbells now.

Seeing an entire building through dozens of cameras is great, but a human operator has to process that information. This human element can significantly compromise the effectiveness of most security systems.

AI, or machine learning, is starting to revolutionize industries around the globe. But now, even AI is reaching new levels. Data engineering companies are starting to pioneer the concept of deep learning.

Deep learning is the idea that artificial intelligence applications are getting smarter. Due to advancements in electrical, computer, and cloud technology, AI companies can build products that can process deeper, more complex operations.

All of these technologies combine to create Deep Neural Networks (DNNs). These systems are making it possible for security teams to do amazing things with video.

A video system operating on a DNN can recognize specific objects and follow their movement. These video systems can also copy and track human behavior.

What’s more impressive is that the objects being tracked can be specific. Certain AI software can analyze video to single out things such as bicycles in real-time. Imagine what an application like that could do for security.

Where Did This Start?

So, how did we get here? Well, a tool known as Optical Character Recognition (OCR) has been in use for years. It is how your computer scanner can recognize words on a document. This is where the journey to deeper-learning video began.

Once OCR became functional for video feeds, you could see them used at toll booths and red light cameras to “read” a person’s license plate. A few weeks later, you’d get your ticket in the mail for not paying your toll or running a red light.

However, using video this way can be unreliable. The camera needs to be positioned at the exact angle for effective license plate recognition. And any OCR software used would have to recognize that this is, in fact, a license plate.

With deep learning, that’s all changed. Now video feeds can determine the exact screen portion where a license plate is likely to pop up. The system, through intelligence, can then run OCR non-stop on that part of the screen.

What Does the Future Hold?

We are just beginning to see the implications of deep learning on intelligent video analytics. And the results are already exciting.

But where could intelligent video go in the future? Where could it make the most impact?

Healthcare facilities spend a lot of money on security systems. These buildings are typically huge. It makes them hard to cover, and there are also many people inside who need to be safe.

All of that is changing now with intelligent video analytics. Cameras can monitor patients and keep track of when a nurse visits a particular patient. If it’s been too long between visits, the video system would then alert the nurse to go in and check on their patient.

The system would be able to analyze traffic in and out of the hospital as well. It is a game-changer because hospitals put a huge emphasis on who they let in and out of the building. An intelligent video system can monitor the traffic of both patients and visitors.

It may even be helpful to families with a relative in the hospital. If an intelligent video system is constantly watching, visiting hours may be a thing of the past. No more worrying about getting to the hospital at a certain time to spend time with the people you love!

If you’ve ever lived in New York or Los Angeles, you know all about traffic. More and more people are moving to major metro areas by the day. More people means more cars on the road.

Intelligent video can come in handy for analyzing traffic patterns throughout major cities. By gaining insight from this video footage, intelligent video systems will decrease the number of traffic jams and accidents.

A video system may even be able to stop an accident before it happens. The intelligent video feed would have the ability to recognize a car traveling the wrong way on the road or in other hazardous situations.

A deep-learning video system could also help with traffic in other ways. A smart video feed can count cars in a particular area. It can also distinguish between a car, truck, taxi, police car, etc.

Knowing what types of vehicles are where and how many there are can help avoid major traffic jams and accidents. In addition, the intelligent video would also be able to read license plates of drivers who have broken the rules of the road.

It would also be helpful in speed cameras. The video system could pick out a specific car on the road based on its speed and catch speeders in the act.

Using cameras and video for security systems is nothing new. But using intelligent video is revolutionary.

Smart video feeds can now read license plates and recognize people in cars. All this can be done in real-time. It allows security personnel to recognize a threat or someone suspicious and act accordingly right there on the spot.

Security personnel can also grant or deny access to secure areas based on the video footage.

These cameras can also help solve crimes. Police can go back through older videos to search for suspects in a particular investigation. It could also be done in real-time and increase the number of crimes police can solve.

The applications are endless.

Intelligent video analytics are changing the face of civilization as we know it. Security teams can work smarter and do a better job with the help of deep learning.

Using these video systems is like having another team of security officers on your staff. It enables you and your team to have your eyes everywhere at once and still not take away from your ability to do your job.