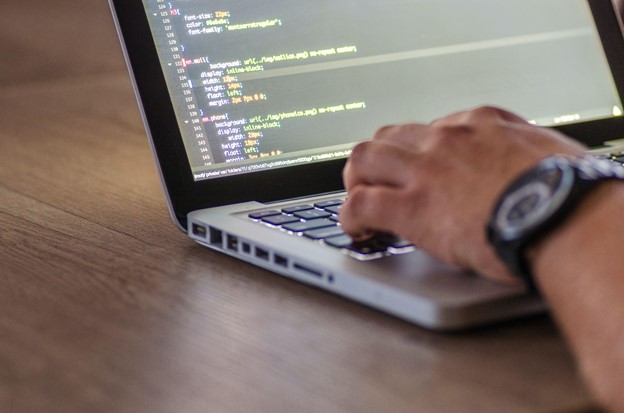 A huge proportion of existing human jobs is bound to be replaced by artificial intelligence (AI), according to a report by the World Economic Forum (WEF). This might sound alarming to many people, especially those who do manual labor, but the WEF itself says we shouldn’t be afraid.

A study by PriceWaterhouseCoopers has found that the rise of AI and robotics will generate enough jobs to offset the ones they will render obsolete. The problem is, will people have the skill required to work in those new jobs?

As the world embraces AI technology, coding as a skill will become increasingly relevant. We should expect plenty of the jobs spawned by the rise of AI to require a degree of coding literacy. There is a global shortage of programmers and developers, and organizations are struggling to recruit. Coding is an excellent choice if you’re looking to upskill or reskill yourself. Here’s why.

As mentioned, AI will generate many jobs, and most of them are expected to require some sort of knowledge about coding. The demand for skilled coders will only rise, guaranteeing its relevance for a long time. Learning to code today means being prepared for the big changes the job market will undergo. Unless humanity plunges the world into a nuclear holocaust in the coming years, coding will remain a future-proof skill.

It opens up tons of opportunities

You’re mistaken if you think coding can only lead to software development jobs. If you have no interest in being a software developer or a programmer, coding is still a valuable skill to learn. Plenty of other fields such as IT, cybersecurity, and fintech have coding as an integral part. These fields will grow alongside the growth of AI, hence boosting the demand for skilled coders.

Furthermore, many start-ups place more value on applicants who have coding skills over those who don’t. There are also plenty of jobs adjacent to coding, such as content creation, marketing, and PR. Knowing how to code will greatly increase your chances of being hired if you’re interested in getting a job in one of those fields.

It helps you stand out

Just having ‘coding’ listed as one of your skills in your resume, despite not being directly relevant to the job you’re applying for, will help you stand out. Whenever you apply for any job, you’re competing against candidates who have nearly the same set of skills that you do, making it difficult to stand out. However, if you have coding skills, it’s easier to draw the attention of HR professionals, ultimately increasing your chances of getting your desired job.

It leads to other valuable skills

Another reason why coding is such a valuable skill is it also develops problem-solving, logic, and interpersonal skills in individuals. Coding work involves solving computer problems, testing solutions, and correcting errors. It also centers around the breaking down of complex problems into manageable steps to make them easier to solve. It’s like an exercise for the left side of your brain, the one in charge of logic and mathematics.

If you get into big coding projects, you will find it a collaborative effort. Meaning you will have to work as a part of a team. This way, you will learn how to interact with superiors and colleagues and express your ideas and communicate concerns. These interpersonal skills will help you perform better in your current job or give you an edge when applying for a new one.

It can let you freelance or work from home

If you’ve experienced the benefits of remote work and want to stick to that setup in the foreseeable future, coding presents many opportunities. Coding is a highly valued skill, and since there’s a talent shortage, they’re willing to outsource the work. If you know how to code, you won’t have trouble finding freelance coding gigs and other job postings that could allow you to work from home.

It allows you to start your projects

If you’re the kind of person who doesn’t run out of ideas, learning how to code will help you make them a reality. Today’s almost every creative project would be easier to pull off if you know how to code. If you can take care of the coding part yourself, you don’t have to hire someone else, saving you time and money. Plus, you can make changes to the project as you please.

It’s not difficult to learn

Many people believe that coding is a difficult skill to learn. Wrong. The fact that there are programming courses for kids shows that anyone can do it. Unlike other skills, coding doesn’t require you to spend years of your life and thousands of dollars. You don’t need to go to a university to learn to code. You can learn and practice it at home through the convenience of the Internet. Having a STEM education does give one an advantage, but if you’re eager enough, there’s no reason you can’t learn how to code.

The rise of e-Learning: What lies in the future for students?