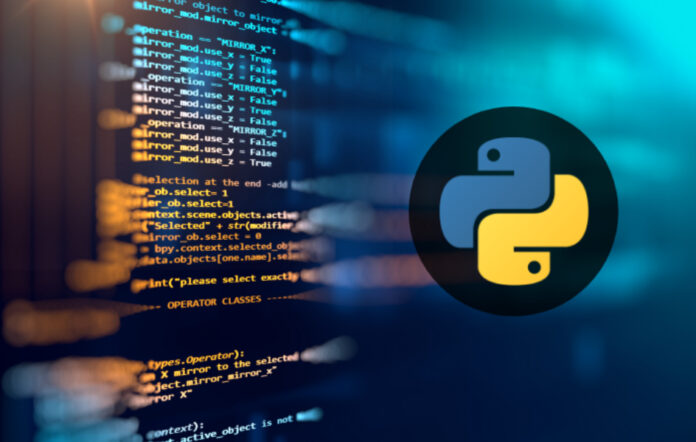 Python is one of the most popular languages used to build just about anything nowadays. It is a great language for data analysis, scientific computing, application development, backend web development, especially machine learning, and many more.

Python is currently featured in 70% of introductory programming courses at US universities. Knowing Python can get you a high-paying job as more and more industries are looking for Python coders.

Considered a general-purpose language and mainly used for web development (server-side), software development, mathematics, and system scripting, Python is beginner-friendly, which means it’s the perfect way to start learning how to code! This post will explore why you should learn Python, especially if you are interested in data science and machine learning.

The main motivation for programmers to learn Python is data science. Many experienced programmers who are fluent in other languages turned to Python to advance into the lucrative field of data science and earn more money. One of the most crucial tools for data scientists is the Python language.

Python is like a Swiss knife. Python is a general-purpose program and can be used for many things – web development, software development, data analysis, and machine learning. With Python, ones can do many different things.

Python has strong online support from the programming community due to its popularity. Anyone needing assistance with programming can find the necessary information or receive assistance. Whoever wants to learn Python programming can access many tutorials and courses. Additionally, Python is renowned for having many libraries that support scientific computing and data analysis. Additionally, if you want to create straightforward games, PyGames is a cool game engine.

Python is not only free to download but it is open-sourced. The Python project is open-sourced and GPL (General Public License) compatible, guaranteeing end users the freedom to run, study, share, and modify the software. Python belongs to the public, truly an open-source language. Python’s no strings attached status makes it a perfect tool for all to learn and use.

Python is considered easy to learn, especially for those who already know about programming. Python is readable and simple, and it is easy to set up. Since the Jupyter notebook is developed, its usage in data science and machine learning has become much easier. This is the reason that 70% of introductory courses in universities use Python.

Python is expanding quickly and greatly. According to the Dice jobs database, demand for Python developers has increased recently. It does not appear to be slowing down anytime soon because of the language’s use in machine learning. Python is the second most in-demand skill on Angel List and the skill with the highest average salary being offered. Python developers are in high demand as data scientists due to the growth of big data, especially because Python is simple to integrate into web applications for tasks requiring machine learning.

Even though Python programming is becoming more and more popular among programmers, using Python in an enterprise setting still presents some difficulties. Python lacks SAS’s enterprise-level customer support because it is open-source. Users must figure out the answer on their own. No one has fully validated the packages or functions, and the sponsor will be responsible for doing so to obtain regulatory approval for some algorithms. Even though Python programming has become extremely popular, it is still regarded as a new and emerging language, and few programmers are currently familiar with it.