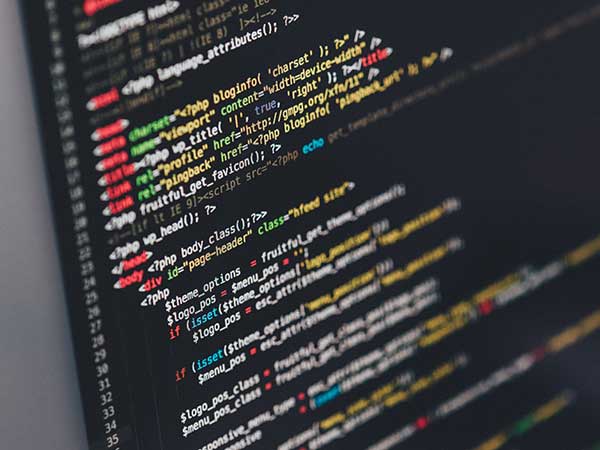 Artificial intelligence (AI) and machine learning (ML) capture more attention from everywhere with each passing day. Who would have imagined that a self-driving vehicle or cellphones that predict the weather for the next day would be possible? All of this, however, is now a reality.

Artificial Intelligence technologies, machine learning, and almost everything else has recently risen to the top of the most talked-about subjects list. Developers, on the other hand, are enthusiastic about discovering answers.

Google, YouTube, Facebook, and Instagram have all demonstrated to the entire world the possibilities of this language’s skills and capabilities. Unfortunately, there are no comparable technologies whenever it comes to machine learning.

Python can be utilized across various disciplines and technologies, including web development, as a general-purpose programming language.

Besides, Python has a dynamic type system & automated memory management, which allow it to handle a broad range of programming paradigms, encompassing object-oriented programming and imperative programming, user-defined functions, and functional programming, to mention just a few.

Why Python is the best option for AI

Libraries are a collection of functions and pre-written codes already available to use. While solving difficult algorithm issues, a well-developed set of libraries avoids the need to rewrite lines and lines of code repeatedly.

The main reason why Python is the language of choice for artificial intelligence and machine learning applications is the extensive library ecosystem.

Python libraries give developers all of the fundamental components necessary for AI and machine learning development, saving them the time and effort to build everything from scratch.

The following is a list of some commonly used libraries for artificial intelligence and machine learning:

In addition, engineers may now handle complicated problems without rewriting code lines, which speeds up the product’s development process.

Python allows for concise and easily decipherable code. While AI continues to evolve with growing demand and gets more complicated with time, Python makes it simple for developers to create solid frameworks with little effort.

When confronted with an ML problem, designers prefer to keep their efforts moving at a manageable rate rather than concentrating on the particular nuances of the language.

Python also attracts many designers since it is a simple programming language to master.

Python code is considered rational by most humans, making it easier to create models for artificial intelligence.

For software developers, Python is more straightforward to learn than other programming languages. In addition, it also provides diverse systems libraries, including augmentations that enhance the implementation of various functionalities in different environments.

It is widely agreed that Python is an ideal language for shared performance within the IT sector. Since Python is a widely-used programming language, it can perform a wide range of sophisticated artificial intelligence tasks.

It can also enable you to quickly build models that will allow you to test your product for artificial intelligence applications.

Working in the machine learning and artificial intelligence industries entails dealing with a large amount of data, which you must handle most conveniently and efficiently. However, because of the low entry barrier, more data scientists may rapidly learn Python and begin utilizing it for artificial intelligence research without devoting significant time and effort to the language.

The Python programming language is similar to the English language used in everyday life, making the learning process more straightforward.

Its straightforward syntax allows users to work easily with complicated systems while maintaining explicit relationships between the system pieces.

For example, this code is created to determine whether or not an input number is a prime number. 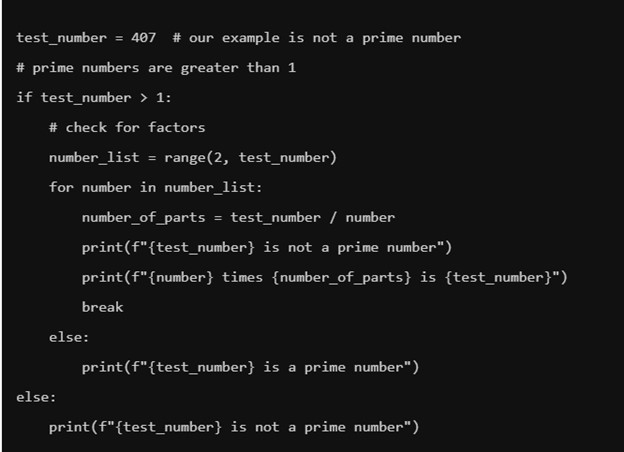 Moreover, as you can see in the last row, the result of this code would be that the test number does not match a prime number.

Additionally, there is a wealth of documentation accessible, and the Python community is always willing to lend a hand and offer advice.

Python is a universal programming language for artificial intelligence software creation. You can use it to write code for iOS and Android devices, desktop computers, and mobile devices while designing applications and other projects. It is not dependent on any operating systems or program architectures. Although you may need to make some modifications, most of the code will remain unaltered.

This programming language provides programs that are compact and understandable. Because artificial intelligence and machine learning are based on sophisticated algorithms, the accessibility of the language aids in the development of dependable systems. Rather than focusing on the technical specifics of the language, the entire team is now concentrating on addressing an ML problem instead.

Another factor contributing to Python’s popularity is a simple programming language to learn. As a result of its greater comprehension among users, it is simpler to create models for machine learning applications. Aside from that, many programmers believe that Python is more user-friendly than other programming languages.

It is appropriate for a collaborative implementation since it allows for the participation of several developers. Because it is a general-purpose language, it enables you to construct prototypes more quickly, allowing you to test your product for machine learning more quickly.

Python is not only convenient to use and simple to learn, but it is also quite adaptable. We suggest that Python for AI development may be used on any platform, including Windows, macOS, Linux, Unix, plus twenty-one more operating systems and platforms.

To move a process from one platform to another, developers must make several tiny adjustments and edit a few lines of code to generate an executable form of code compatible with the target platform. Using packages such as PyInstaller can help developers prepare their work for operating on various platforms.

Again, this keeps costs down by eliminating the need to run tests on many platforms, making the process more straightforward and convenient.

Programmers can discuss their issue statements on forums and talk with other programmers to discover answers to their problems. Python’s rising popularity was recognized in the Developer Survey 2020 conducted by Stack Overflow, which ranked Python as one of the top five most popular programming languages globally.

Python’s ability to be flexible is one of its most significant features. Python is a flexible programming language that may be used for various tasks because of its ability to switch between object-oriented programming and scripting.

It functions flawlessly as a backend and is also well-suited for integrating various data structures. Verifying a large portion of code within the integrated development environment (IDE) is also beneficial for developers juggling many algorithms.

The need for artificial intelligence (AI) software creation and construction increases, resulting in Python’s popularity expanding at a dizzying rate rather than only gaining in popularity. New programming languages that emerge from the proliferation of user-friendly libraries, among several other factors, cannot displace Python as a programming language.

Python libraries grow in number with each new technology, so it is the most popular programming language for ML, AI, and data science development.

Harikrishna Kundariya is the co-founder, and director of eSparkBiz Technologies that that provides digital, IoT and chatbot based solutions to start-ups.