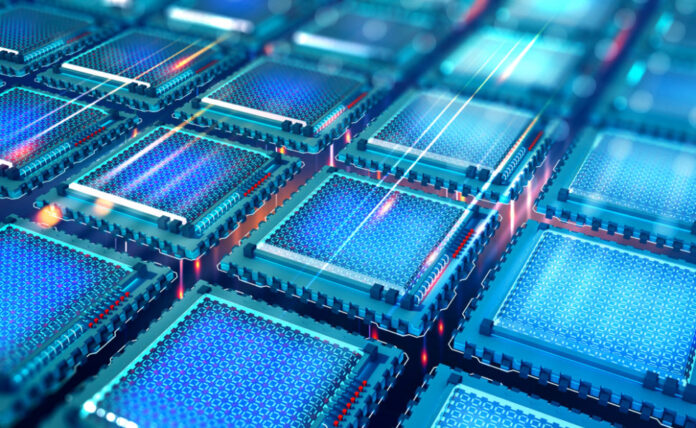 Moore’s Law states that every 18 months, the number of transistors on a computer chip doubles. However, as transistors become smaller, microchips will eventually run out of space. So, to keep progressing in computer technology without adding transistors, we must change the hardware composition. Optics is the next step in the evolution of computers.

Optics has several advantages over today’s electrical computers, including increased bandwidth, processing power, and storage space. An optical computer (also known as a photonic computer) manipulates, stores, and transmits data using light rather than electricity (photons rather than electrons).

Photons have fundamentally different physical properties than electrons, and researchers have attempted to exploit these differences to create computers that outperform and/or outperform electronic computers. It is a device that performs digital computations using photons in visible light or infrared (IR) beams rather than electric current. The speed of an electric current is only about 10% that of light. It is one of the factors that led to the evolution of optical fiber because it knits the rate at which data can be exchanged over long distances. A computer that can perform operations ten or more times faster than a conventional electronic computer could be developed someday by combining some of the advantages of visible and/or infrared networks at the device and component scale.

Because electronic communication along wires requires charging a capacitor that depends on the length, optics has a higher bandwidth capacity than electronics, allowing more information to be carried and data to be processed. Optical signals in optical fibers, integrated circuits, and free space, on the other hand, do not require the charging of a capacitor and are thus faster. Another advantage of optical methods for computing over electronic methods is that optical data processing can be done in parallel much more easily and cheaply than electronic data processing. Parallelism refers to a system’s ability to perform multiple operations simultaneously. In general, electronic computer architecture is sequential, meaning that the instructions are executed in order.

It implies that constructing parallelism with electronics is difficult. In the early 1980s, parallelism was first seen in Cray supercomputers. Two processors were used in conjunction with the computer memory to achieve parallelism and increase the speed to more than 10 Gb/ s. More processors were later discovered to be unnecessary for increasing computational speed and could even be harmful. As more processors are used, more communication time is lost. On the other hand, an array of pixels can be transferred in parallel from one point to another using a simple optical design. Parallelism would result in staggering computational speeds when combined with fast switching speeds.

1. Optical pathways, an interesting property of optical computers, can carry many different frequencies of light over each pathway. The light detector(s) can be filtered to respond to each frequency depending on the flexibly programmed topology used. VLAs (4 Mpixels and up) can be fabricated similarly as large optical arrays, each passing, switching, or filtering different frequency laser beams. Another significant benefit of optical computing is the increased speed of computation. Light travels at 186,000 miles per second, or 982,080,000 feet per second. Photons of light travel a fraction of a foot in a nanosecond. Perfect for microminiaturized computer chips that need to do things quickly.

3. Apart from speed, optical interconnections have several advantages over magnetic interconnections. They are free of electrical short circuits and electromagnetic interference. They have low-loss transmission and large bandwidth, allowing them to communicate multiple channels simultaneously without interference. They can transmit signals without causing interference or cross-talk within the same or adjacent fibers. They are more convenient with stored information than magnetic materials because they are compact, lightweight, and inexpensive to manufacture.

4. Another advantage of optical methods for computing over electronic methods is that optical data processing can be done in parallel much more easily and cheaply than electronic data processing. Parallelism refers to a system’s ability to perform multiple operations simultaneously. In general, electronic computer architecture is sequential, meaning that the instructions are executed in order. It implies that constructing parallelism with electronics is difficult. On the other hand, a photon-based processor could quickly generate many parallel processes using different wavelengths of light that represent color to human eyes, dramatically increasing computing speed and complexity.

5. Since photons are neither charged nor interact with one another as readily as electrons, light has another advantage. As a result, in full-duplex operation, for example, light beams can pass through each other without distorting the information carried out. Loops in electronics produce noise voltage spikes whenever the electromagnetic fields passing through the loop change. Furthermore, switching pulses with a high frequency or a short duration will cause interference in neighboring wires. Signals in adjacent fibers or integrated optical channels are unaffected by loops and do not pick up noise. Finally, optical materials outperform magnetic materials in storage density and accessibility.

6. Large parallel arrays using photonics rather than electronics are the way of the future in computing. Nonetheless, the current realm of electronic computing’s prevalence of using representative voltages V or ‘1° voltage will most likely be optoelectronic for all practical purposes. Many laser frequencies on a single optical pathway are used in optical computing as a direct analogy of the presence or absence of the recognized signal medium. In DWDM fiber optics, multiplexing and demultiplexing multiple frequencies of laser light onto and off an optical pathway is commonplace for long-haul data transfers between cities at 10 to 40 Gbit/s. Thin films on surfaces can produce excellent light or polarisation titters.