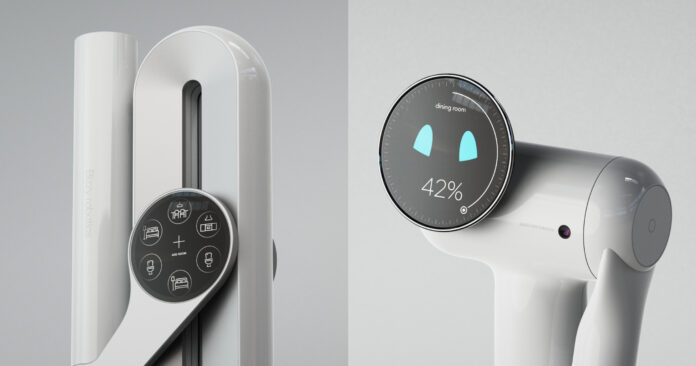 We at RoboticsBiz had the privilege of interviewing Dan Harden, who is the founder, CEO, and principal designer of Whipsaw, a highly acclaimed product design and experience innovation firm in Silicon Valley.

Dan is the highly active creative force behind Whipsaw and a luminary in the design world. Dan’s passion and experience combined with his personal philosophies about art, culture, psychology, and technology permeates the work and the brand.

Throughout his prolific career, Dan has designed hundreds of successful products ranging from baby bottles to supercomputers. He has won over 300 design awards and has been granted 500 patents. Fast Company selected Dan as one of the “100 Most Creative People in Business,” calling him “design’s secret weapon.”

Dan previously led design teams at other prominent firms, such as Frogdesign, Henry Dreyfuss Associates, and George Nelson. He has also designed many notable products for heavyweights like Steve Jobs, Larry Ellison, and Rupert Murdoch.

Dan’s views and work have been featured in Axis, Business Week, CNN, Fast Company, Fortune, Metropolis, Newsweek, Time, Wired, several design books, and in museums such as Smithsonian Cooper Hewitt Museum, The Henry Ford Museum, the Chicago Athenaeum, and Victoria & Albert Museum. He is host of Whipsaw’s design podcast Prism, and a host and judge on the primetime TV series America by Design.

In the interview, Dan mainly spoke about the design, trends and future of robots in a household environment. You can read the complete interview below:

1. Integrating robots into a household environment requires a different approach to robot design than industrial automation. What are the critical design criteria to follow in designing robots for everyday home environments?

The dream of owning your own household service robot that can do multiple complex chores, like Rosie the Robot Maid, has been a stretch goal for decades. For a robot to do the most basic tasks, such as pick up laundry, fetch a drink, or clean a countertop (without crashing into furniture, dropping valuables, spilling milk, or running over your dog) is a herculean engineering effort. The robot needs to know where it is at the moment, where and when it needs to go, how to identify objects, how to retrieve and manipulate those objects, and how to respond to people and obstacles. Developing a domestic robot requires nothing short of symphonic integration where many systems must work together simultaneously.

A household robot must have a compact form factor in order to be acceptable in a home. It must be safe enough for small children, and it should look friendly and attractive. Robots will soon become consumer electronic products with typical mass production requirements and competition, so keeping the cost of goods very low compared to industrial robots is also critical.

2. Human-like or realistic appearance of robots often leads to a demand to display a behavior that matches the user’s expectations of the capabilities. Therefore, such designs can put pressure on engineers to develop these behaviors and interactions that can meet the user’s expectations. What is your approach to tackling the gap between design and performance?

You need to first decide what the bot should be doing (its function) based on end user needs, then determine how well it needs to do it (the performance). The look and behavior therefore need to follow these performance factors, and appropriately fit it so that the overall feel of the bot is harmonious and natural. It’s also critical to get the behavior of the robot just right in order to be accepted by the user. If it’s not, it comes across as weird or stupid. Its behavior is so important that it should highly influence and sometimes even take precedence over performance decisions.

3. Tell us about the choice of soft materials and hardware, as designers, to enhance social robots’ expressiveness and effective feedback.

Material alone can sometimes carry a design, giving it extraordinary tactility, beauty, and quality. Material can often be the first identity of a product, the same way a paint’s application can define a painting. Material and design should be inseparable. Since robots are easily anthropomorphized, materials such as textiles and rubber play a big role in making them interesting and friendly. Softer materials can also help bots be less damaging on the furniture as they stroll about the house.

4. Human-inspired, pet-like, or alien…What must a robot look like? Tell us about the trends in the market.

A domestic robot will only be accepted by users if it looks right. In every robot project we ask ourselves: Is it better to be functional, honest, and minimal, or have it be more expressive and verging on human looking? Our opinion is usually to make it what it wants to be–a purposeful and efficient tool with self-explanatory design cues and details. We envision them to be more like advanced appliances rather than pets.

However, as we start designing, we soon realize that it is sometimes difficult not to look like some type of creature. By the time you put cameras where they need to be, arms that can reach and lift, and hands to grasp objects, it starts to look a little animal-like. Our concepts sometimes tend to imitate nature’s evolution out of necessity. We embrace this logical consequence, and usually let these necessary elements define the robot’s identity. Enhancing these “creature effects” only helps to give robots more character.

5. Can you elaborate on the opportunities industrial designers have in today’s domestic service robot market?

The essential technology to make a domestic robot safe, useful, and affordable is almost here. Their destiny toward home use is imminent, and likely to become the most prominent domain yet for robots. Home robots are becoming one of the most exciting product categories for designers to work on because they are the ultimate synthesis of hardware, software, AI, and human-machine interaction.

They also possess nuance, which we designers love to craft. They have a peculiar mix of movement, mannerism, and countenance–and these preternatural subtleties present a difficult and therefore worthwhile design problem. To infuse an artifact with a behavior that has been crafted and designed is also simply fascinating. The industrial design profession should be excited. It has never had a better quest or more interesting subject than the domestic robot.

6. How are industrial designers able to support robotic scientists in their research activities?

Industrial designers are great at synthesizing scientific research and data into products that appeal to people. Making the robots relevant to people’s needs, making them fit within the home environment, making them easy to operate, and of course, attractive. Designers are also great at establishing clear objectives for what a robot should be doing in the first place so that consumers ultimately say, “Wow I need that because I have that problem, and the bot can help me solve it.”

Designers are always thinking about the human condition, which in almost every case is needed to compliment the science. Industrial designers also create the necessary specifications for mass production, including all Computer Aided Design (CAD) files, finish specifications, material specification, and production processes.