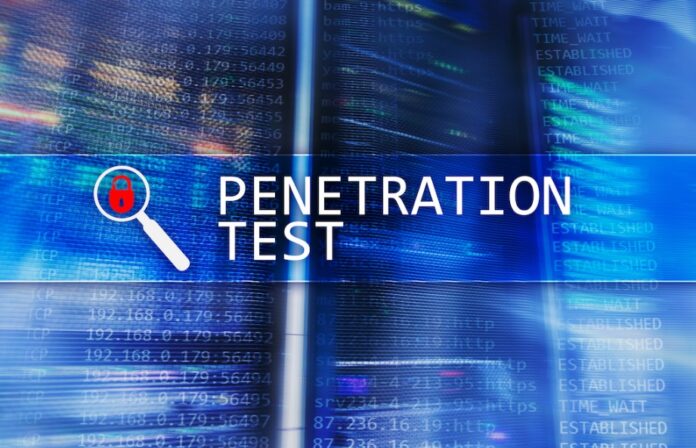 Penetration testing, also referred to as pen tests, is more of an art than a science. It is the process of trying to gain unauthorized access to authorized resources. That’s why it is also called “ethical hacking,” as it breaks into your system to see how hard it is to do.

It is a pseudo-enemy attack by a friendly evaluation team on a computer system of interest to discover ways to breach the system’s security controls, penetrate the security perimeter of protection to obtain sensitive information, obtain unauthorized services, or cause damage to the system that denies service to legitimate users”.

Penetration testing aims at providing analysis to discover the vulnerabilities and security threats in systems and networks. These flaws could result from incorrect configuration, unsafe code, shoddy architecture, or the leakage of private data, among other things.

The organization’s cyber defenses will also be tested through penetration testing. It can evaluate the performance of intrusion detection systems, intrusion prevention systems, and web application firewalls (WAF) (IPS). These systems should automatically produce alerts during penetration tests, setting off internal processes that call for a response from internal security operations teams.

Pen testing results in an organization meeting its compliance and security requirements as might be required under state and federal regulations. Penetration testing enables organizations to meet regulatory compliance requirements such as PCI-DSS and addresses ISO 27001 control objective A12.6.

Last, penetration testing offers a qualified assessment from an impartial third party outside the target organization. Internal security teams can use this to get more funding for security upgrades and influence management decisions.

Despite the many benefits, there are some major limitations to penetration testing.

An attack by attackers is simulated during penetration testing. Time, however, is a limitation that the test cannot duplicate. Attackers may plan and schedule their attacks for months or even years, but pen testers have a very short window to report the test to their employers.

In the initial penetration testing stage, the scope of a pen test is carefully defined. However, the pen test’s scope is constrained because it depends on how much and what an organization wants to test. Consider the following scenario: Let’s say the scope only called for specific systems or networks within an organization to be tested, and it so happens that the systems or networks that weren’t tested have vulnerabilities. In that case, the pen test won’t be able to identify them, leaving the organization open to breaches even though it was performed.

Pen testing teams that have limited access to their target systems find it challenging to test the areas of the system they are unable to access. White box testing and the ongoing penetration test can be used to get around this restriction. This is a result of the various directions from which white box testing attacks the network.

Although, in theory, pen testers should mimic an attack’s exact conditions, they might be constrained in the types of attacks that could potentially bring the system to a halt. The system might have many vulnerabilities because it wasn’t thoroughly tested, making it easy for attackers to take advantage of since they have more options.

To create a unique attack path to the target system, pen testers may need to write their scripts known as custom exploits. However, the company that hired the pen testers placed time and financial restrictions on them. Custom exploits are less effective than standard tests because they take longer and cost more money.

Pen testers must follow the framework and tools approved by the company that hired them. They are only allowed to use these authorized tools, which restricts their ability to experiment with the test. However, enemies are not constrained by such restrictions.