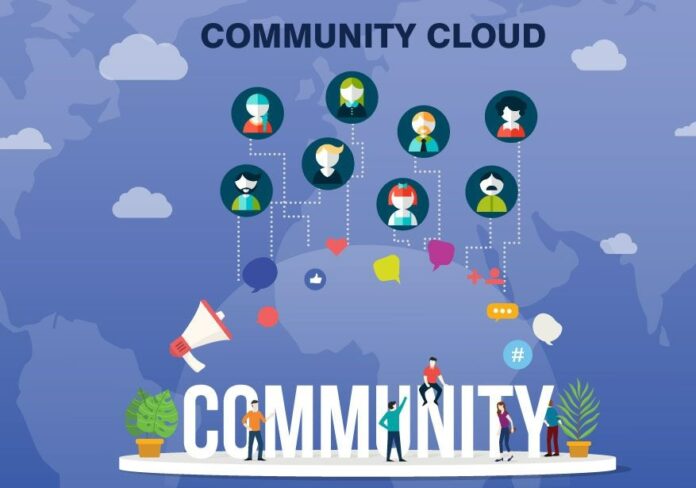 Cloud has different deployment models based on how the cloud is located. These models comprise four types of access: Public, Private, Hybrid, and Community.

The private cloud allows systems and services to be accessible within an organization. It offers increased security because of its private nature.

The Community cloud becomes openly equivalent to vendor clouds when the reliance on vendors is removed. As a result, it reveals a fresh angle in the open versus proprietary debate that has surfaced concerning standards, data, and code but has not yet been expressed in the context of hosted services.

Since the community owns the infrastructure, the Community cloud is both a social structure and a technological paradigm. Without this community ownership’s ability to scale economically, there would be less competition and risk of innovation being stifled, as with vendor clouds.

The community cloud is independent of any organization’s success or failure because it is neither owned nor controlled by any organization. Due to the diversity of its supporting nodes, it will be robust, resilient to failure, and immune to the system-wide cascade failures of vendor clouds. When it occasionally fails, it will do so gracefully, without causing any damage, and with the least amount of downtime possible as the unaffected nodes make up for the failure.

Because of its community ownership, which enables democratic distributed control, the community cloud, unlike vendor clouds, has no inherent conflict between convenience and control.

Because the community cloud uses underutilized user machines rather than dedicated data centers, which are needed for vendor clouds, it will have a significantly lower carbon footprint than vendor clouds. Server farms are a sophisticated way to provide computing resources within data centers. At the same time, the community cloud is more natural, expanding and contracting in a mutually beneficial relationship to meet the needs of the community, which in turn sustains it.

Management of the Community cloud can be outsourced to a cloud provider. The advantage here is that the provider would be an impartial third party bound by contract and with no preference for any of the clients involved other than what is contractually mandated.

Tools residing in the Community cloud can leverage the information stored to serve consumers and the supply chain, such as return tracking and just-in-time production and distribution.

However, since all data is housed at one location, one must be careful in storing data in the community cloud because it might be accessible by others. It is also challenging to allocate governance, security, and cost responsibilities.

What is Direct Attached Storage (DAS)?

Using the Cloud to stay ahead in business

Planning your database migration to the cloud