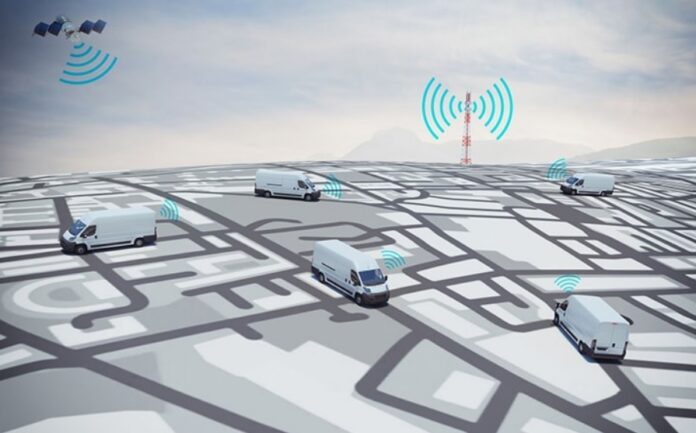 A vehicle tracking device is an electronic device installed in a vehicle and allows the owner or a third party to track the vehicle’s location. Vehicle tracking devices come in a variety of shapes and sizes. They are divided into two categories: “passive” and “active.”

“Passive” devices save GPS location, speed, heading, and sometimes a trigger event like turning on or off the key or opening or closing the door. The device is removed once the vehicle returns to a predetermined point. Then the data is downloaded to a computer for analysis. Auto download systems are passive systems that transfer data via wireless download.

“Active” devices collect the same data as passive devices, but they send it in real-time to a computer or data center for analysis via cellular or satellite networks. Active GPS trackers, in contrast to passive devices, allow users to view tracking data in real-time. We will be able to view location, stop duration, speed, and other tracking details from the comfort of your home or office. When it comes to monitoring vehicles to be tracked at regular intervals, active GPS trackers are ideal.

The cost of active tracking devices is higher than passive tracking devices (most come with monthly fees). There are numerous advantages to using a real-time tracker. The most significant benefit is convenience. Instead of waiting for data to be downloaded to a computer (as with most passive trackers), a real-time tracker does not require any waiting. Because real-time trackers come with software that allows a user to track an object in real-time, it’s as simple as sitting at a computer to keep track of any object’s progress.

When a cellular network is available and a tracking device is connected, the device transmits data to a server; when a network is unavailable, the device stores data in internal memory and will transmit the data when the network becomes available again.

There are three main types of GPS vehicle tracking that are widely used. They all use active devices. They are:

Automatic Vehicle Location (AVL) is a cutting-edge technique for tracking and monitoring any remote vehicle using a device that receives and transmits signals via GPS satellites. The Global Positioning System (GPS) and Geographic Information System (GIS) are used in the AVL to provide the vehicle’s true geographic location. An AVL system consists of dispatch PC-based tracking software, a radio system, a vehicle GPS receiver, and GPS satellites.

The tracking method uses GPS satellites to locate the vehicle equipped with a GPS modem by sending satellite signals. It has a precision of about 5 to 10 meters. The tracking system sends information to the central control system (base station) about the vehicle’s location, speed, direction, mileage, start and stop information, and status. Every 60 seconds, the base station receives the data, which then displays it on a computerized map. The vehicle’s GPS receiver receives signals indicating its geographic location. The receiver then sends that data and speed, direction, and other information to the base station via a radio system.

There are some limitations to the system. In dense urban areas, indoors, and when transmission is blocked by natural obstructions (heavy tree cover) or many buildings, the AVL system cannot provide accurate, complete, and sufficient satellite data. It can also happen in RF-shadowed environments and when the radio frequency (RF) isn’t friendly. It’s not always possible to fix a position.

A terrestrial RF network is used in an Assisted GPS (AGPS) system to improve the performance of GPS receivers by providing information about the satellite constellation directly to the GPS receivers. AGPS locates accurate positioning information using both mobile phones and cellular networks. AGPS is used to get around some of GPS’s limitations. The vehicles are tracked by AGPS using GPS satellites. Because a GPS receiver in a vehicle is always in contact with four satellites (three of which determine latitude, longitude, and elevation, one of which provides time), it never fails to detect a vehicle’s location.

This method provides a location of the vehicle with a precision of 3 to 8 meters and a speed of 1 kilometer. The tracking system sends information to the base station such as vehicle location, average speed, direction, the path traveled in a given period, and alerts (engaged/unengaged, speed limit, vehicle breakdown, and traffic jam). While the vehicle is in motion, the system provides continuous updates every 10 seconds.

The Radio Frequency Identification (RFID) system is an automatic identification method that stores and retrieves tags. Radio waves are used to read data from RFID tags. Tags (passive, semi-passive, and active), readers (antenna or integrator), and software are the three components of RFID (middleware).

The vehicle information is sent by an RFID tag with microelectronic circuits to a remote RFID reader, then read by software. This system can pinpoint the vehicle’s location within 4 to 6 meters. The tracking system sends information to the center, such as the vehicle’s location, mileage, and speed. Every minute, the information is updated. A reader uses radio waves to send and receive information from RFID tags. A microprocessor or digital signal processor controls an RFID reader, essentially a radio frequency (RF) transmitter and receiver (DSP). RFID tags are read using an RFID reader with an antenna attached.