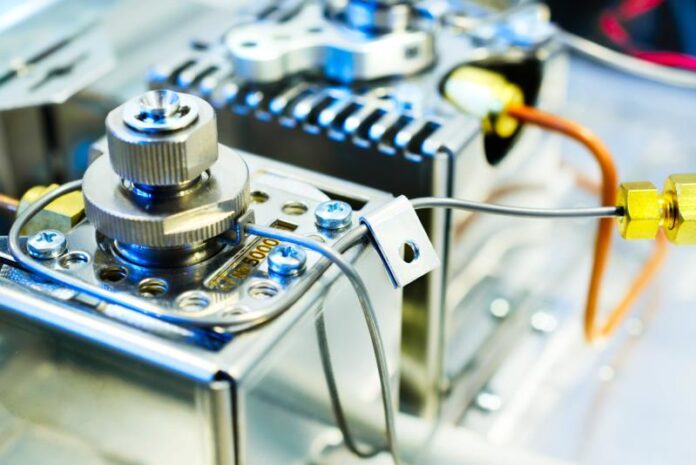 Electrochemical (EC) sensors are a class of sensors that use electrochemical transducers as electrodes to recognize various indistinguishable, flammable gases and a wide range of organic and inorganic contaminants. They play an increasing role in air monitoring and numerous workplace and hazardous leak detection applications during assembling, ecological and clinical observation.

The innovation for electrochemical detecting began in the mid-1950s. Significant technological advances during the 1980s and early 1990s facilitated the environmental applications of electrochemical devices. The most widely recognized strategy for detecting the location of oxygen and harmful gases, for example, carbon monoxide and hydrogen sulfide.

When the gas comes into contact with the sensor, it first passes through a small capillary-like opening, then diffuses through a hydrophobic barrier before reaching the electrode surface. This method allows just enough gas to react at the sensing electrode to generate a sufficient electrical signal while keeping the electrolyte from leaking out of the sensor.

The gas reacts at the sensing electrode’s surface via an oxidation or reduction mechanism. The electrode materials developed specifically for the gas of interest catalyze these reactions. An electric current proportional to the gas concentration flow between the anode and the cathode when a resistor is connected across the electrodes. The gas concentration is assessed by measuring the current. The electrochemical sensor is also known as an amperometric gas sensor or a micro fuel cell because it generates current during the process.

The most common misunderstanding about electrochemical sensors is that they all work in the same way. Electrochemical sensors used to detect various gases may appear similar, but their functions are vastly different. As a result, these sensors will have varying sensitivity, selectivity, response time, and operating life. An electrochemical sensor’s physical size, geometry, component selection, and construction are usually determined by its intended use.

Electrochemical sensors are divided into several types, namely potentiometric (measure voltage), amperometric (measure current), and conductometric (measure conductivity). These sensors are important for various reasons, including the use of the electron for signal acquisition, which is known to be a perfect model for logical applications, without wasting time, scaling down in versatile gadgets (test microvolume investigation), quick examination, and low manufacturing effort.

The operation of electrochemical sensors requires very little power. They use the least amount of power of any sensor type available for gas monitoring. As a result, the sensors are commonly found in portable instruments with multiple sensors. In confined space applications, they are the most widely used sensors.

The life expectancy of a sensor is predicted by its manufacturer under normal operating conditions. The sensor’s life expectancy, on the other hand, is highly influenced by the contaminants, temperature, and humidity to which it is exposed.