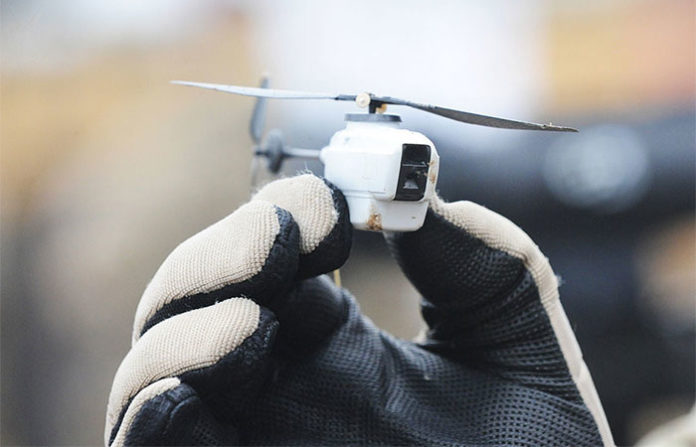 Military robots have existed in one way or another for well over a hundred years. The earliest examples include mines, torpedoes, and early-guided munitions. More ambitious systems have been developed in the last 80 years, and first attempts such as the Kettering Bug, Vergeltungswaffen-1(V-1 Buzzbomb), V-2 ballistic missile, Fritz X andHS-293 demonstrated the rapid evolution of inertial navigation systems (INS) that used pendulums, balances or gyroscopes for vehicle control. These vehicles followed an altitude-attitude-time program with altitude (or depth) pressure sensors and internal timers.

However, none of these systems were exact. The situation has changed in these past two decades, as military robotics have become more potent with unmanned air vehicles (UAVs), unmanned ground vehicles (UGVs), unmanned underwater vehicles (UUVs) and unmanned surface vehicles (USVs).

There are two main reasons behind the adoption of robots in the military, such as

These are the key technologies, driving and supporting the current modern military robotics and robotics research.

Electronic miniaturization has led to a revolution in robot sensing in the last decade as image sensors, lidar, radio detection, and range (radar), and stereo imagers collapsed in size and cost. Miniaturization has also significantly changed telecommunications, providing a wide range of options from long-range (100 kilometers or less) and low bandwidth (100 kilobytes per second or less), short-range (1 kilometer or less) and high bandwidth Wi-Fi and cellular networks (50 megabytes per second or more) to iridium (2.4 kilobytes per second) beyond-line-of-sight. Virtually all robots require access to a Global Positioning System (GPS) that transmits accurate timing signals every second and provides a precise global coordinate and time synchronization system to build and execute models and plans. GPS has made the prospect of military robots at least conceivable for a wide range of low-complexity applications.

Over the past decade, probabilistic robotics has completely changed robotics’ face. The Sense-Model-Plan-Act (SMPA) cycle can be fragile, and one small error can be disastrous. Probabilistic robotics encompass techniques that can incorporate imperfect sensors into models, plans, or actions, and take uncertainty into account at every SMPA step, ensuring the plan’s outcome is best achieved. For example, by combining probabilistic tracking with new image processing, new vision algorithms can simultaneously locate and build models— a process known as simultaneous location and mapping (SLAM). This will lead to human-like sensing systems that can simultaneously determine and model.

For numerous reasons, the network, especially the Internet, is an vital robotics technology. Since the late 1970s, networking has rapidly become the Internet “cloud” in every facet of modern life. Network communication means robots can share sensing, modeling, and planning between robots. New standards promise exciting capabilities such as decentralized SMPA where sensing, modeling, planning, and action could be distributed across multiple battlefield robots.

The future of military robotics

UUVs will penetrate closer to shore near ships and harbor facilities as parallel processing allows faster onboard sonar imaging for roles like harbor or hull inspection and waterway demining.