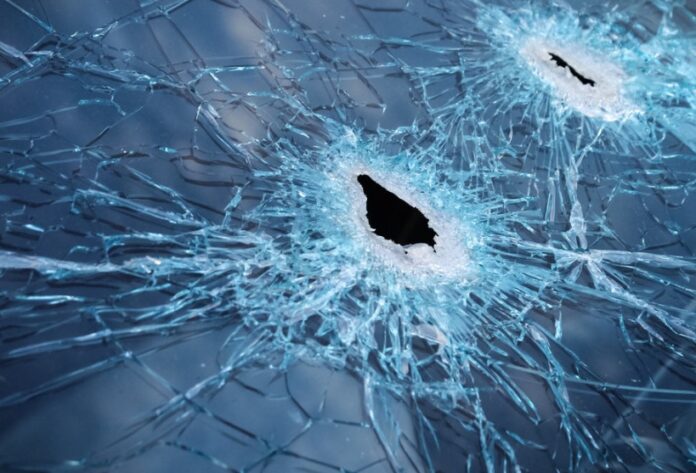 Addressing the persistent and complex issues involving gun violence due to terrorism, mass shootings in large cities, communities, and public places like schools, colleges, airports, hotels, places of worship, and government officers, is a serious challenge for most law enforcement agencies in the world.

Law enforcement agencies across the USA and overseas have implemented various technological tools to control serious gun problems and improve their problem-solving efforts. One type of technology available to law enforcement is acoustic gunshot detector systems (AGDS), which can detect, verify, and automatically notify police dispatchers and officers. The technology aids in the response, investigation, and prevention of firearms violence and related crime.

How does it work?

GDT consists of a network of acoustic sensors strategically mounted throughout an area with high levels of firearm crimes. The sensors are installed on high structures such as telephone poles, streetlights, and the roofs of public, commercial, and private buildings, to improve triangulations of identified gunshots.

When a loud acoustic anomaly occurs in an area covered by GDT sensors, the sensors triangulate the data to pinpoint the sound source. The GDT collects the data, including date, time, location, sound clip, shooting duration, and the number of shots fired. The data is transferred either to the vendor or directly to the law enforcement agency. The alert is then reviewed and validated as a gunshot or rejected as a false positive (not gunfire).

A brief history of AGDT

Gunshot detection technology came into the spotlight on October 2, 2017, when a gunman killed 58 people and wounded hundreds in Las Vegas. But the technology began to evolve in the early 1990s, when crimes besieged the areas of eastern Menlo Park in the USA with 42 homicides, turning the area into the murder capital. Whenever the police department was called to investigate the gunshots, there was no way to determine the source.

Seismologists already knew that by precisely measuring the different arrival times of a seismic wave at several distant locations, it would be possible to pinpoint an earthquake’s exact source. Lehr installed a network of five radio-telemetered microphones around one of the gunshot-terrorized neighborhoods. He radioed sounds from these microphones to a personal computer running an earthquake-detection program.

After a few weeks of testing and improving the software, the system was locating many signals associated with gunfire. The site testing of the system began in Redwood City, California, in 1995. Police officers fired a 38-caliber pistol and 12-gage shotgun blanks from different locations in the town during the 1996 trials. During the tests, the system was able to identify the locations from which they had fired blanks within 50 or 60 feet.

AGDS – What are the benefits?

AGDS are of different types. Some send audio to the command center for analysis, while some sensors come with in-built audio analysis. AGDS reduces response times of the police by detecting gunfire incidents and triangulating their precise location, enabling police to get to the gunfire scene faster than they would have to rely on control room calls. This increases the likelihood of catching the people who fire guns by getting them before they can escape from the scene. This also enables the police to collect evidence such as shell casings or interview the witnesses at the scene. The police’s quick response to gunshot victims can also save lives by facilitating expeditious medical help for the injured victims. This could improve police-community relations, particularly in places where people don’t have adequate faith in the police.

The GDT system by ShotSpotter has a two-phase review process. An AI-based machine classifier initially analyzes the sound and acoustic signature. If it determines a probable gunshot, it alerts the Incident Review Center, where trained acoustic analysts take a look at the alert to verify if it was gunfire and not other noise, such as fireworks.

Once a technician verifies an alert as gunfire, a “published” alert is created, whereby dispatchers and officers can access the alert via a computer-aided dispatch system or the vendor’s software, or smartphone app. It approximately takes 60 seconds or less for it to be published as a gunshot after an acoustic anomaly is detected.

Let’s sum up. Gunshot detection technology is certainly the most effective tool for addressing firearm violence when incorporated into day-to-day procedures and operations of law enforcement agencies. However, although the accuracy of GDT has been thoroughly documented, its impact on crime is squarely dependent upon its implementation.