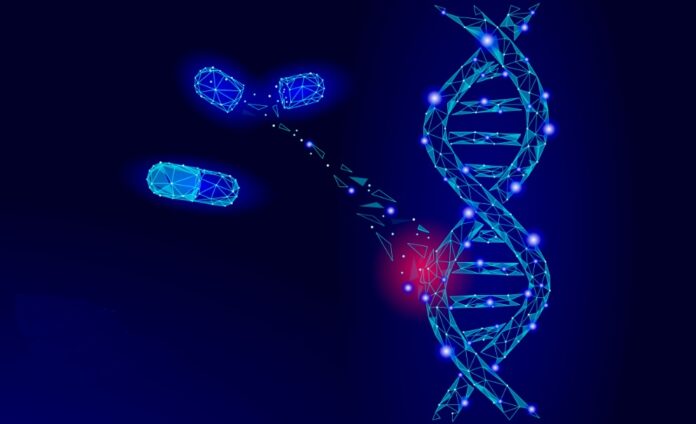 Genes are the building blocks of the body. They reside in cells and provide instructions that tell cells what to do. Genes influence everything from eye and hair color to a person’s predisposition to certain diseases.

Many people have mutations or “mistakes” in their genes, and, in many cases, these have little effect on a person’s daily life. However, these mistakes might also cause health issues, including genetic disorders such as cystic fibrosis, sickle-cell anemia, and Down syndrome, or influence a person’s predisposition to certain cancers.

Gene therapy is a field of study that seeks to study genes and manipulate them for particular ends. For example, certain genes make cancers more resistant to treatment. However, those genes might also have a part to play in beneficial work, like protecting the body from harmful toxins.

So, to use gene therapy, researchers need to understand a person’s genetic makeup thoroughly. But how can they do this when humans have thousands of genes and complex cellular structures? As it turns out, machine learning and artificial intelligence (AI) might play a key role in the ongoing research.

How Does Gene Therapy Work?

Even though genes are essential for the makeup of the human body, they don’t always work as they should. If a person’s genes or parts of their genes are defective or mutated, it can disrupt the production of essential proteins. These disruptions or mutations can lead to health issues and diseases.

Scientists have developed a way to add, edit, or remove genes causing issues in the body. There are various methods for gene therapy, such as inserting new genes into cells and modifying existing genes.

Scientists use a vector to deliver new genes to the cells to insert new genes into a body. Viruses are common vectors because they deliver genetic information into cells. However, scientists first need to remove any infectious diseases the virus is programmed to cause before using it in gene therapy.

Scientists also use vectors to modify cells inside the body by injecting them into the place where defective genes exist. Outside the body, doctors can take a tissue sample from the patient and use the vector to insert new genes in a laboratory setting and then reinsert those cells into the patient.

How Is AI Used in Gene Therapy?

While AI cannot physically produce new genes, the process of gene therapy deals with tons of data – a specialty of AI. Since scientists who want to use gene therapy need to compile tons of data about genes and genomic sequences, AI has proven to be a helpful tool in predicting outcomes and boosting the precision of gene editing with the help of Smart Micro/Nano-robotic Systems.

In particular, AI has recently played a vital role in important breakthroughs in gene therapy, including:

Cells create proteins from DNA, and these proteins have many functions. They’re also the major target for many of today’s medicines. AI played an integral role in deciphering protein folding, opening the door to a new level of biological advances.

One of the most important results of this breakthrough is in cancer research. Until now, scientists have found it difficult, if not impossible, to target proteins that cause cancer. But with new information on protein structures, scientists are one step closer to solving this devastating disease.

While understanding the structure of individual proteins was an essential breakthrough, proteins don’t work alone. Decoding protein complexes is another piece of the genomic puzzle that AI has a hand in solving.

Using data, AI could decipher how proteins work together and predict hundreds of different complexes. These findings could eventually produce breakthroughs in neurodegenerative disorders and anti-aging therapies.

Protein bundles are complex structures that require unique “keys” to unlock. Unlocking these proteins is essential to fighting against some of the most debilitating and formidable diseases we know, like cancer, diabetes, and infections.

With the help of AI, researchers screened half a million structures for 12 targets and found a code that helps binders attach more easily to proteins. The software could even engineer these keys from scratch using only the structure of the binder protein.

What’s to gain from this breakthrough? With this key, scientists can begin to unlock the mysteries of our cells and better understand why – and how – things can go wrong.

While AI had already decoded small protein structures, it faltered when researchers pitted it against complexes with thousands of proteins – until now. These complexes play a role in translating DNA instructions to the rest of the cell, so they’re essential to understanding how our genes influence our biology.

Nuclear pore complexes (NPCs) monitor what goes in and out of the nucleus, where our genes exist. The nucleus protects our genes, and NPCs only allow specific molecules in and out. As a huge protein complex, NPCs are essential in gene therapy, and researchers have struggled to understand these structures.

With AI datasets, researchers could map out NPCs and understand more about the mystery of inheritance.

AI and robotics have already changed how we understand our cells and molecules, and there are many important avenues it can still influence.

Because AI and machine learning rely on data, the importance of clinical trials and real-world data cannot be understated. AI needs real data to build its algorithms and software, but it can expedite data analysis and make accurate predictions.

This capability presents an enormous opportunity for cost savings in genetic research and may speed up processes that once took a long time.

AI can also help expedite and improve precision in cancer screenings. In one example, researchers developed a saliva-based early-detection device for oral cancers. Oral cancers have historically been hard to predict and catch early because of a lack of diagnostic tools.

This non-invasive diagnostic tool represents an example of how AI can have a profound impact on cancer treatment. In many cases, patients with oral cancer don’t receive a diagnosis until they are in the third or fourth stage – but with this new AI-powered device, saliva samples can detect oral cancer much earlier, literally saving lives.

This device is just one example of how developments in AI technology are making waves in cancer research and treatment. Other uses include AI-powered treatments that target cellular proteins that make certain cancers resistant to treatment.

Not enough pain medication can make these patients constantly uncomfortable, while too much medicine can lead to negative side effects. AI that can track a person’s pain levels could have an enormous impact on patients, especially children, who often have difficulty articulating their pain levels.

There’s More to Come From Gene Therapy and AI

Even with the great strides that have been made in gene therapy using AI and, more specifically, robotics, there’s still more to come. Scientists are only beginning to understand the mysteries of the human body, and with the help of AI and machine learning, they’ll be able to make more advancements in the years to come.