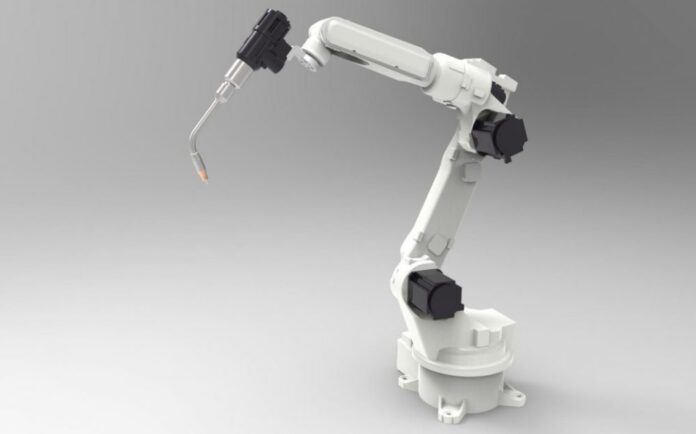 The anatomy or the structure of a robot depends on the basic components such as the wrist, arm, and body used to build it for a specific operation. An industrial robot comprises a mechanical manipulator and a controller that allows it to move and perform other tasks.

The mechanical manipulator comprises joints and links that allow the manipulator’s end to be positioned and oriented relative to its base. The controller operates the joints in a coordinated manner at the same time to complete a programmed work cycle.

A robot joint is similar to a joint in the human body. It allows for relative movement between two body parts. Industrial robots typically have five or six linear or rotating joints. 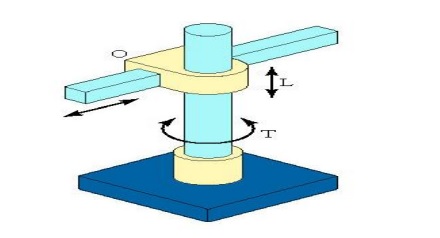 The cylindrical configuration has two perpendicular prismatic joints and a revolute joint. A vertical column and a slide that moves up and down the column are used in this setup. The robot arm is connected to the slide and can move radially around the column. By rotating the column, the robot can achieve a workspace that approximates a cylinder. The cylindrical configuration offers good mechanical stiffness. 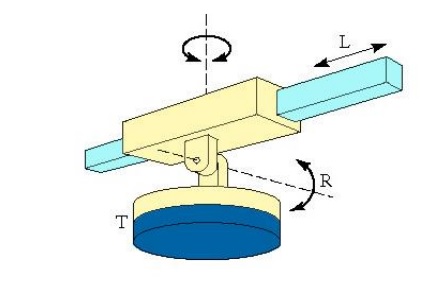 A prismatic joint can be raised or lowered about a horizontal revolute joint in the polar configuration. A rotating base supports the two links. These various joints can move the arm endpoint within a partial spherical space. It is also called a spherical co-ordinate‖ configuration, which allows manipulation of objects on the floor. 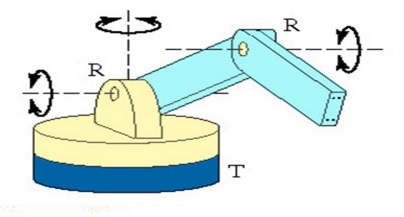 Widely-used jointed arm configuration is similar to that of a human arm. It comprises two straight links representing the human forearm and upper arm and two rotary joints representing the elbow and shoulder joints, which are mounted on a vertical rotary table corresponding to the human waist joint. As a result, it can be controlled at any adjustments in the workspace. These types of robots perform several operations like spray painting, spot welding, arc welding, and more. 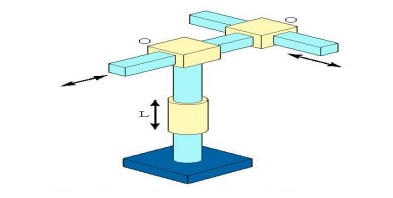 Cartesian or rectangular coordinate configuration is constructed by three perpendicular slides, giving only linear motions along the three principal axes. It consists of three prismatic joints. The endpoints of the arm are capable of operating in a cuboidal space. The cartesian arm gives high precision and is easy to program.

These robots are also called XYZ robots because they are equipped with three rotary joints to assemble XYZ axes. The robots will process in a rectangular workspace using these three joints movement. It can carry high payloads with the help of its rigid structure. It is mainly integrated with pick and place, material handling, loading, unloading, etc.